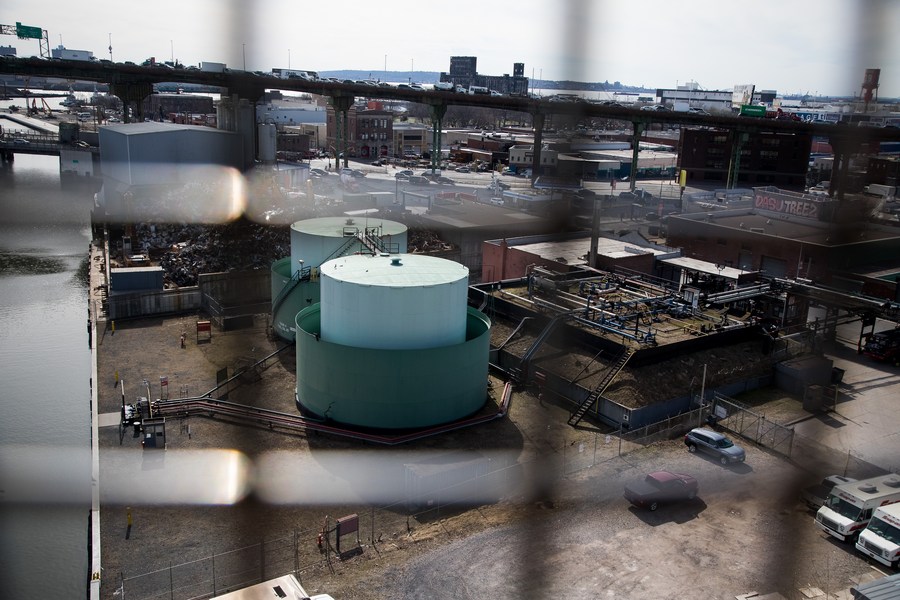 Tanks storing fuel oil are seen at the Bayside Fuel Depot in the Brooklyn borough of New York, the United States, on March 8, 2022.(Photo by Michael Nagle/Xinhua)
"We can not politicize energy" even when the line between oil and geopolitics becomes thin, Barkindo stresses.

The head of the Organization of Petroleum Exporting Countries (OPEC) warned Tuesday that the world cannot replace Russia's share of oil exports, calling for energy depoliticization.

"The issue at stake here is the capacity of the world to meet these perceived shortages," OPEC Secretary General Mohammad Barkindo told the CERAWeek global energy forum in Houston, U.S. state Texas.

Noting that Russia has been exporting 7 million to 8 million barrels of oil daily, Barkindo said it is "practically impossible" for Russia to keep such an oil export share under financial sanctions over the Ukraine crisis, calling these sanctions "the most severe that we have seen so far on any other country, probably."

"We have not seen shortage of oil as of this morning," he said. "But the perception out there is that with the raft of financial sanctions on Russia ... you probably need magicians to continue to produce and export 7 to 8 million barrels of oil a day."

"We can not politicize energy" even when the line between oil and geopolitics becomes thin, Barkindo stressed, noting that everyone has the right to access reliable, affordable and clean energy, in line with the goal of the United Nations.

Oil prices surged again on Tuesday as the United States announced a ban on energy imports from Russia, the world's second-largest oil exporter behind Saudi Arabia.

Oil prices in the futures markets have risen more than 30 percent since the Ukraine crisis worsened in February, according to a Bloomberg report on Tuesday.

This year marks the 40th anniversary of CERAWeek, one of the largest and most influential global energy forums. The five-day conference concludes on Friday.