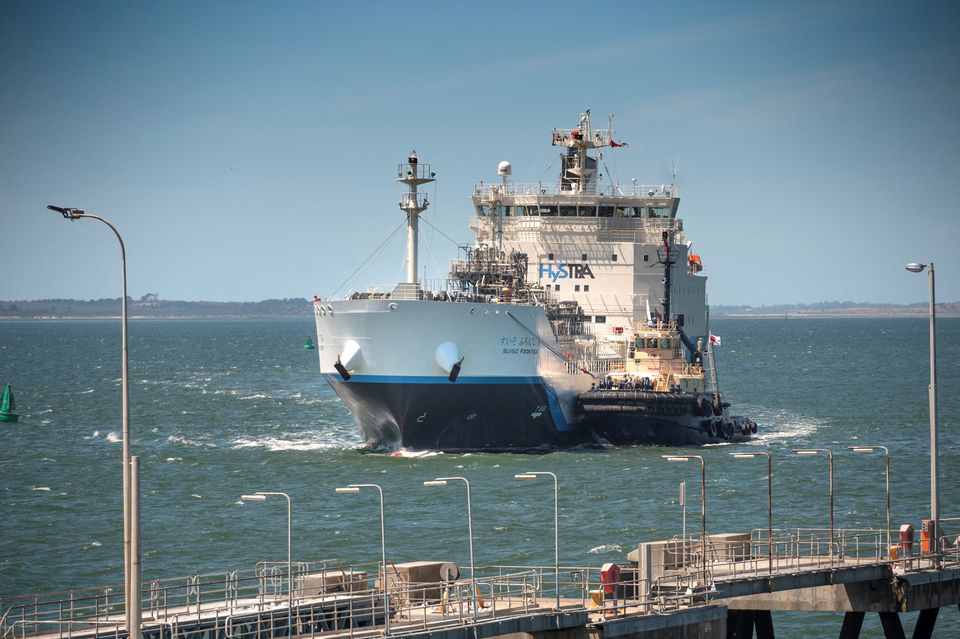 The Suiso Frontier, the world's first hydrogen carrier, built by Japan's Kawasaki Heavy Industries, is pictured upon its arrival from Kobe, Japan at the Port of Hastings in Victoria, Australia January 20, 2022. Courtesy HySTRA/Handout via REUTERS

Kawasaki Heavy Industries (KHI) and other Japan-based firms said on Tuesday that a pilot project to transport hydrogen produced from brown coal in Australia to Japan in the world's first liquefied hydrogen tanker had proven technically feasible.

While hydrogen is widely touted as a fuel of the future with zero carbon emissions, it requires intensive energy input, with renewables to produce "green hydrogen". Critics say emissions from brown coal derived hydrogen are twice that of natural gas.

The A$500 million ($364 million) project, led by KHI and backed by the governments of Japan and Australia in an effort to cut carbon emissions, was originally due to ship its first cargo a year ago but was delayed by the COVID-19 pandemic.

Electric Power Development (J-Power) , which is in charge of producing the project's hydrogen, said it has tested using biomass with coal to help offset CO2 emissions while it aims to implement carbon capture utilization and storage (CCUS) in the future to make hydrogen that is completely CO2-free.

The KHI-built Suiso Frontier tanker eventually left Australia this year on Jan. 25 and arrived in Kobe, western Japan, a month later, the consortium said, adding it had unloaded its cargo of hydrogen by the end of February.

"The demonstration covered from production and transport to loading and storage proved that the technological foundations have been laid for the future use of hydrogen as an energy source in the same way as liquefied natural gas (LNG)," Motohiko Nishimura, KHI's executive officer, told reporters.

KHI aims to replicate its success as a major LNG tanker producer with hydrogen, which is seen as critical by Japan to decarbonise industries that rely on coal, gas and oil and to achieving net-zero emissions by 2050, while Australia aims to become a major exporter of the fuel.

"Equipment and facilities that can be operated safely is also a game-changing technology for the clean energy business," KHI's Nishimura said.

The partners did not disclose a cost structure for the project, saying it was aimed at proving feasibility and safety. KHI said it aims to build a much larger hydrogen vessel in mid-2020s and to commercialize the business in the early 2030s. 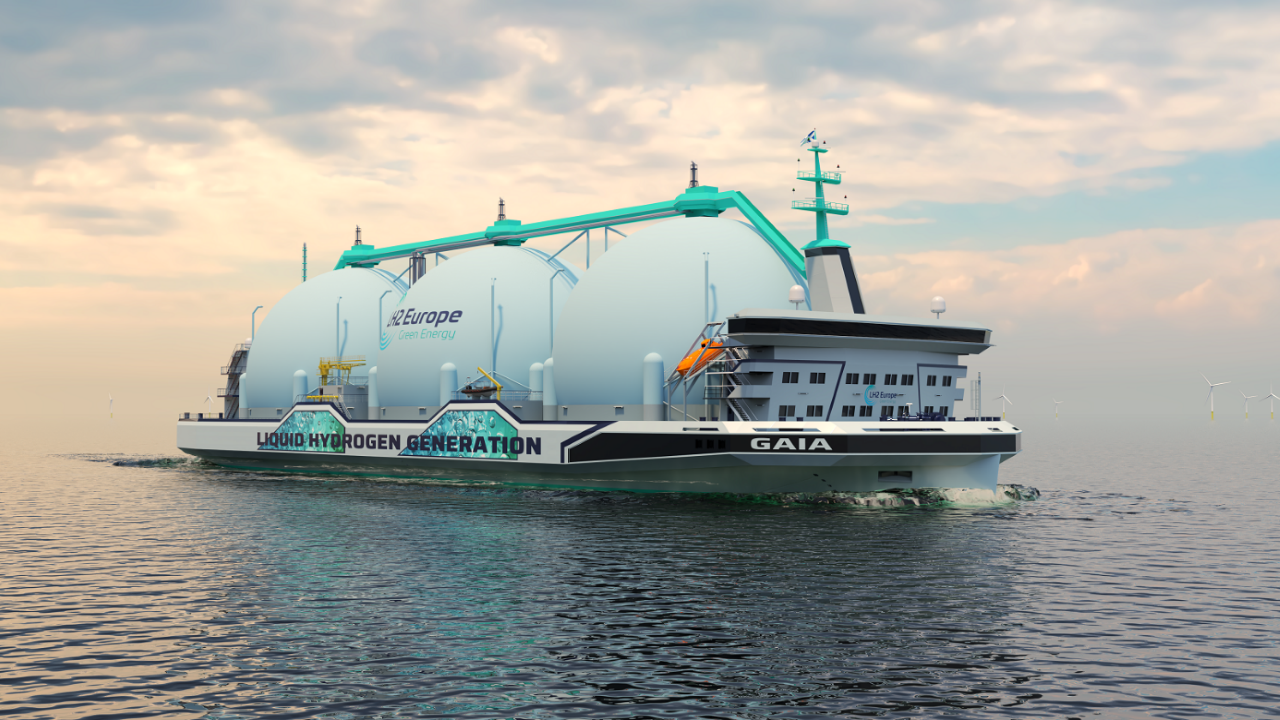 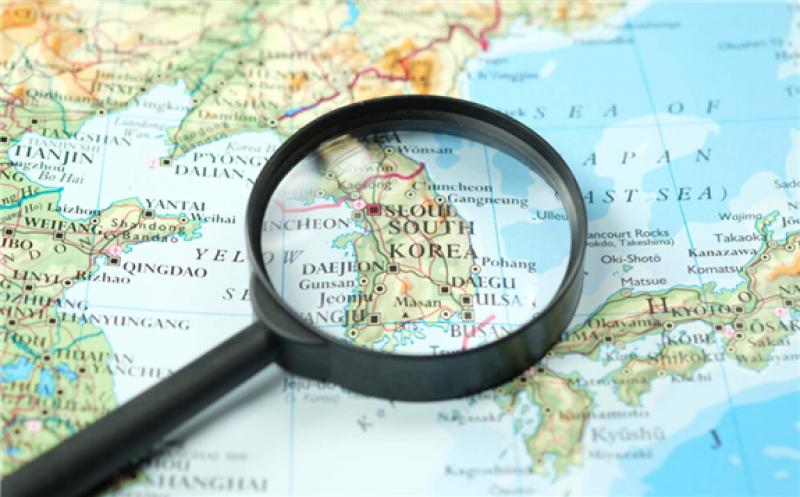 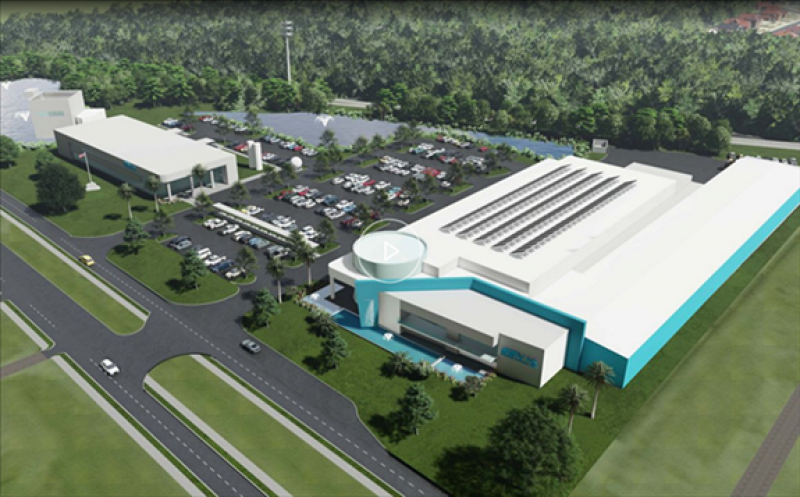 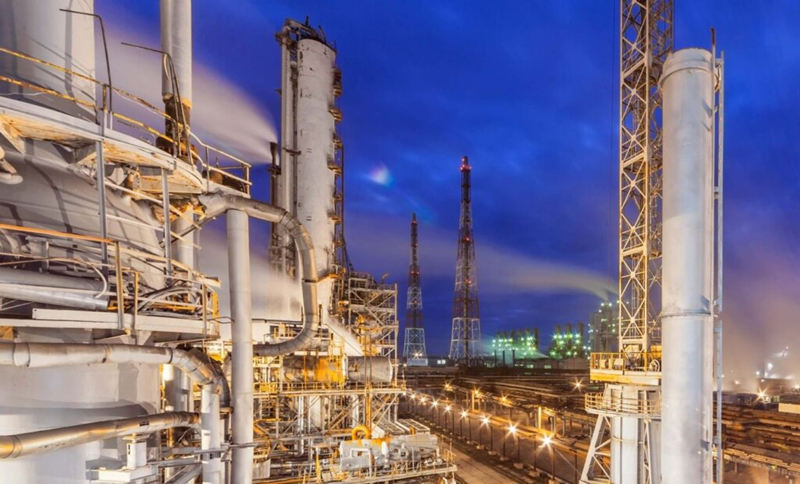