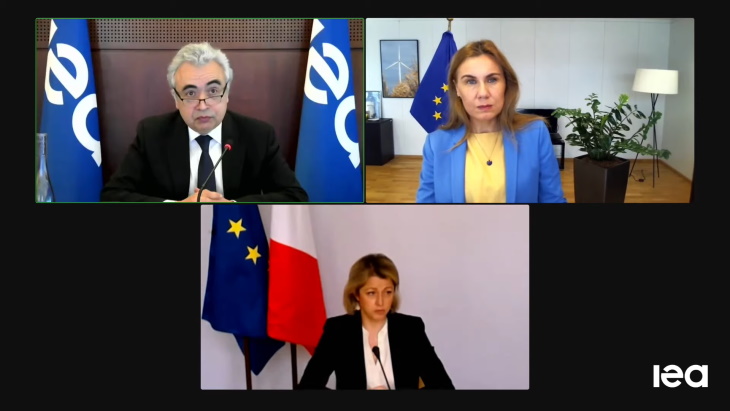 Clockwise from top left: Birol, Simson and Pompili came together virtually to launch the IEA's 10-Point Plan
The EU imported some 155 billion cubic metres of natural gas from Russia in 2021, accounting for around 45% of the bloc's gas imports and nearly 40% of its total gas consumption. Progress towards net-zero will "over time" bring down gas use and imports, but the current "crisis" raises the specific question about imports from Russia and how they can be quickly brought down, the IEA said.

"Nobody is under any illusions anymore," IEA Executive Director Fatih Birol said at the launch of the 10-Point Plan to Reduce the European Union's Reliance on Russian Natural Gas.

The plan provides "practical steps" to cut Europe's reliance on Russian gas imports by more than a third within a year while supporting the shift to clean energy in a secure and affordable way, he said. "Europe needs to rapidly reduce the dominant role of Russia in its energy markets and ramp up the alternatives as quickly as possible."

The ten points of the plan are:

Do not sign any new gas supply contracts with Russia

Accelerate the deployment of new wind and solar projects

Speed up the replacement of gas boilers with heat pumps

Encourage a temporary thermostat reduction of 1°C by consumers

The proposed measures are fully consistent with the EU's European Green Deal and Fit for 55, and pave the way for further emissions reductions in the years to come, the IEA said.

Nuclear power is the largest source of low emissions electricity in the EU, the plan notes. Returning reactors which are currently offline for maintenance and safety checks to operations in 2022, alongside the start of commercial operations at Finland's Olkiluoto 3, could see EU nuclear power generation increasing by up to 20 TWh in 2022.

Maximising the EU's existing dispatchable low emissions sources - namely nuclear and bioenergy - could together reduce gas use for electricity by 13 billion cubic metres, the report finds. But this would be dented by the currently planned closure of four EU reactors in 2022 and another one in 2023. A temporary delay of these closures, conducted in a way that assures the plants' safe operation, could cut EU gas demand by almost 1 billion cubic metres per month, it said.

Three of the units that are scheduled to close in 2022 are Germany's last remaining units - Emsland, Isar 2 and Neckarwestheim 2 - which are to be closed as part of that country's nuclear phase-out policy. Belgium's Doel 3 is also set for closure this year, and Tihange 2 in 2023.

"One delicate issue I wish to mention - which may merit debate," Birol said. "I believe it is useful for those countries that are planning to retire nuclear plants to take another look at the schedule … we have not pre-judged the outcome of the discussion, but we think there may be a merit to revisit those decisions."

"More than ever, getting rid of Russian fossil fuels and of fossil fuels in general, is essential," French Minister for Ecological Transition Barbara Pompili said. "What is at stake is both the need to accelerate the fight against climate change, and, as we can see now, the short-term energy security of the European continent." France currently holds the EU Presidency.

Reducing dependence on Russian gas is a strategic imperative for the EU, European Commissioner for Energy Kadri Simson said, calling current events a "watershed moment" and noting that the Commission intends next week to propose a pathway for Europe to become independent from Russian gas "as soon as possible".

The IEA analysis notes that "other avenues" are available to the EU if it wishes or needs to reduce reliance on Russian gas even more quickly - but these come with significant trade-offs. These could include switching away from gas consumption by increased use of the coal-fired generating fleet or by using alternative fuels, such as oil, within existing gas-fired power plants.

These alternatives are not aligned with the European Green Deal, and therefore have not been included in the 10-Point Plan. They may also be costly from an economic point of view, but could displace large volumes of gas relatively quickly, the IEA said. If implemented in addition to the 10-Point Plan, fuel switching could enable the EU to more than halve imports of gas from Russia "while still resulting in a modest decline in overall emissions", it said. 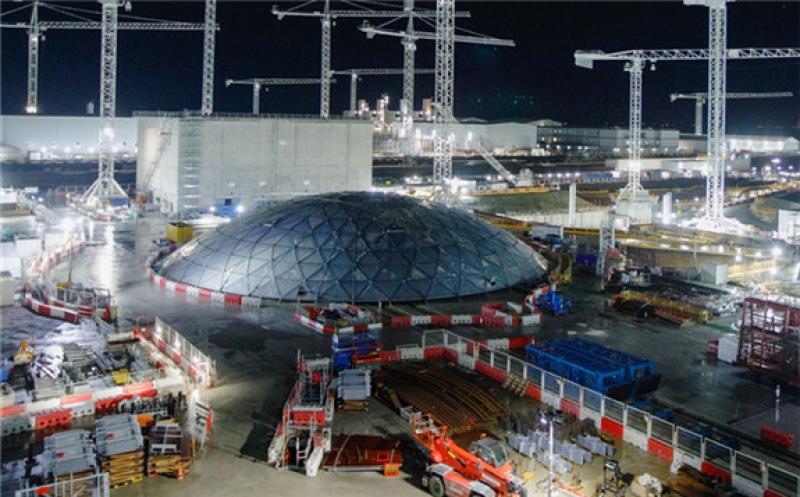 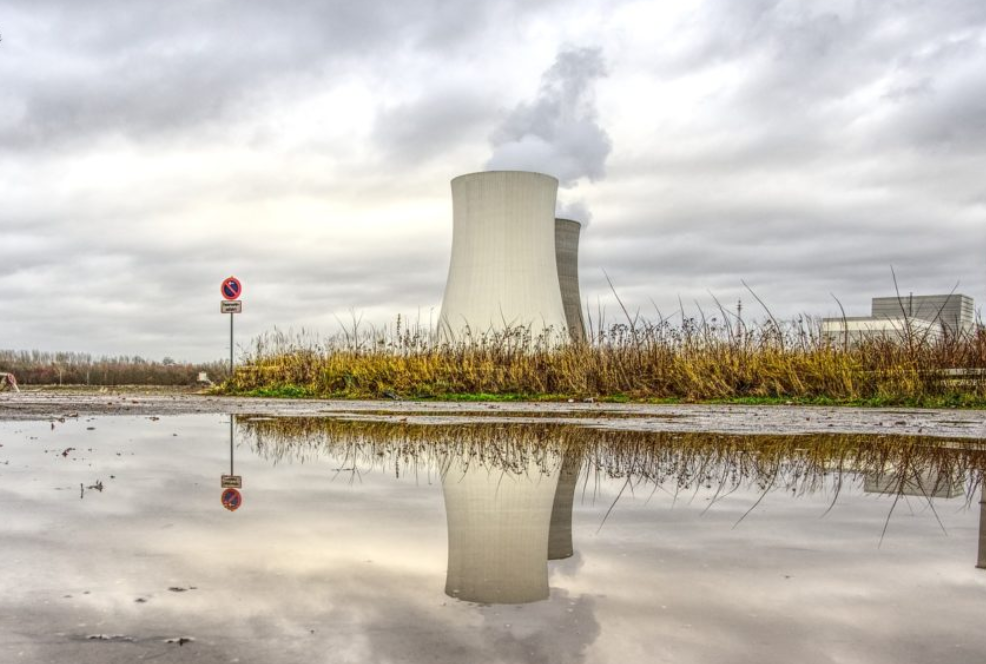 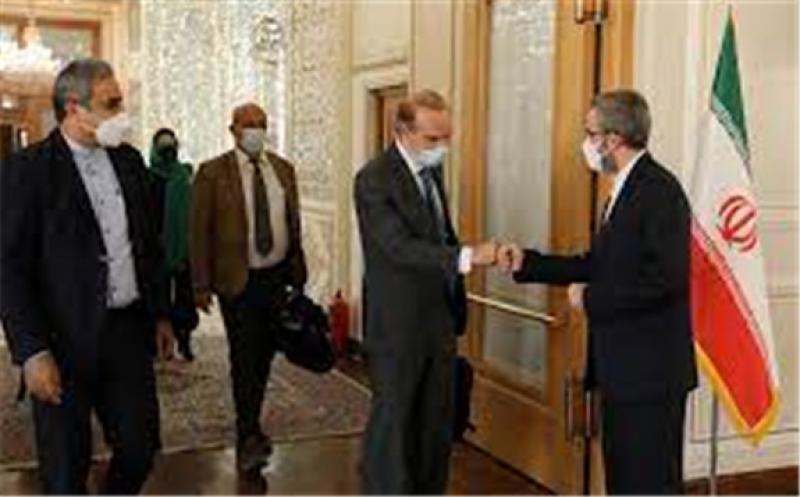 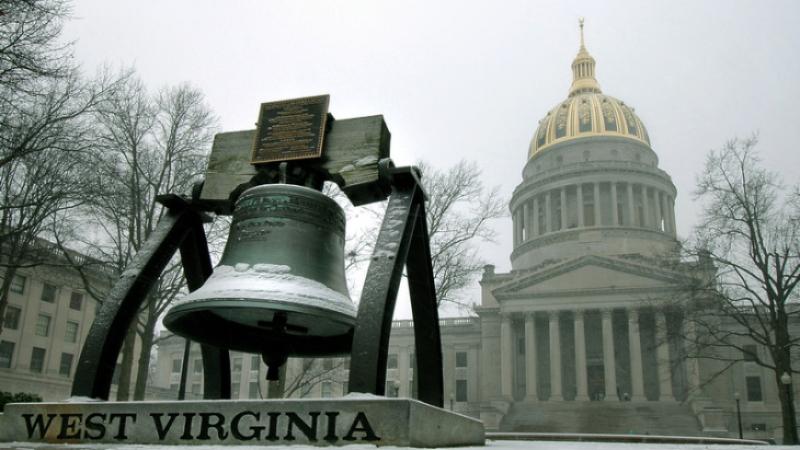 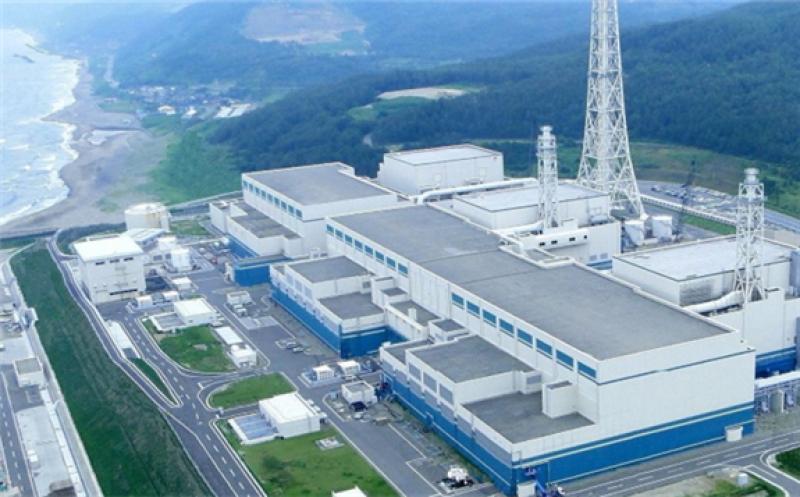