28 Feb 2022  by economictimes.indiatimes.com
PSU major Indian Oil Corp (IOC) is planning three new plants in the Northeast to increase its LPG bottling capacity by nearly 53 per cent to eight crore cylinders annually by 2030 to meet the growing demand in the region. 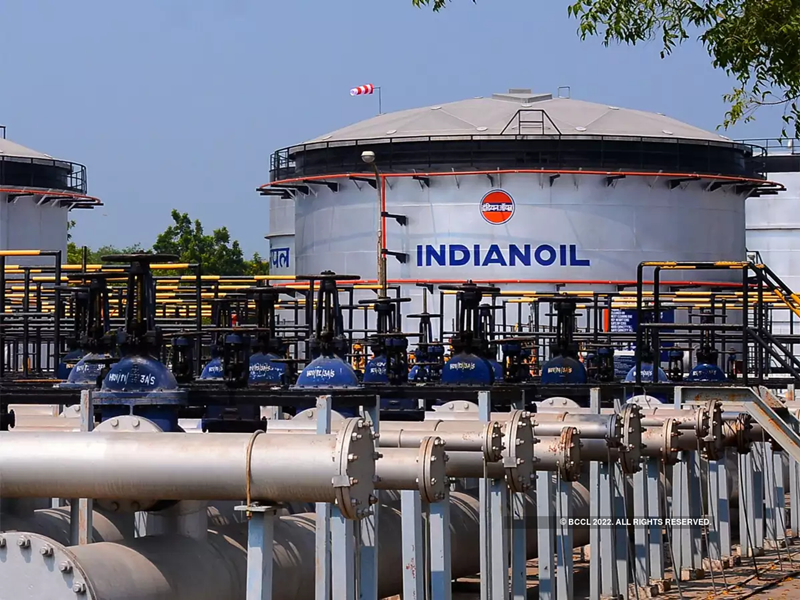 IOC Executive Director (IndianOil-AOD) G Ramesh said the proposed new LPG bottling plants will come up in Mizoram, Meghalaya and Arunachal Pradesh at a total investment of Rs 325-350 crore in a combination of wholly-owned and public-private-partnership (PPP) models.

"We are expanding our bottling capacities in order to meet the growing demand of LPG in the Northeastern region. We target to have bottling capacity of eight crore cylinders per annum by 2030 against a projected demand of seven crore units," he told PTI.

IndianOil-AOD, the company's Northeast division, at present has an annual capacity to bottle 5.23 crore LPG cylinders at its nine plants, and the capacity utilisation stands at 5.11 crore units, Ramesh said.

"The total investment in this expansion exercise will be in the range of Rs 325-350 crore, which will be borne by IOC and the private partner, over the next two-three years. We are looking to engage a private player for the Arunachal Pradesh plant," he added.

The unit in Mizoram will be brownfield, while those in Arunachal Pradesh and Meghalaya will be set up as greenfield facilities, the official said.

"We had two units at Kimin in Arunachal Pradesh and Mualkhang in Mizoram. These old plants were smaller and did not conform to newer safety norms. So, these were shut down and the new bigger plants will come up," Ramesh explained.

The Mizoram plant, which is still at the estimation stage as adjoining lands are being acquired, will have a daily capacity of 30,000 cylinders and it is likely to cost Rs 150 crore, he added.

"The Meghalaya plant will be set up at Umiam and it will be a greenfield unit. We will invest Rs 75 crore and the plant will be commissioned by December 2023 with a capacity to roll out 7,000 cylinders every day," the official said.

The company is scouting for land for the Arunachal Pradesh plant as the earlier location was not sufficient for a modern and bigger facility.

"We are also talking to the state government in Arunachal Pradesh as well as an interested partner, who will set up and own the plant. This unit is likely to cost around Rs 100 crore, which will be spent by the partner with technical support from us under a long-term agreement," Ramesh said.

At present, Assam has six operational units and one each is located in Manipur, Nagaland and Tripura.

Out of these facilities, one in Assam and the one in Tripura were recently set up. These two plants have started trial production, but are yet to be officially commissioned, Ramesh said.

He said the new plant in Assam's Nagaon is IOC's first-ever private bottling unit in the country and can refill 7,000 cylinders every day.

"The Agartala unit is a greenfield facility and it can produce two crore cylinders every year. This particular plant alone can take care of Tripura's demand till 2040," Ramesh said.

Besides, the IOC-AOD is expanding the existing capacity of its Bongaigaon LPG plant in Assam to 120 thousand metric tonnes per annum (TMTPA) from 60 TMTPA for Rs 40 crore and it will be completed by March 2023.

When asked if the company plans to export LPG from the Northeast to the neighbouring countries, he said the 12 facilities will cater mainly to the demand in the region.

"At present, we are exporting 2,000-2,500 cylinders to Bhutan. We do not expect that to grow much in the future and our main market will continue to be the Northeast," the official said.