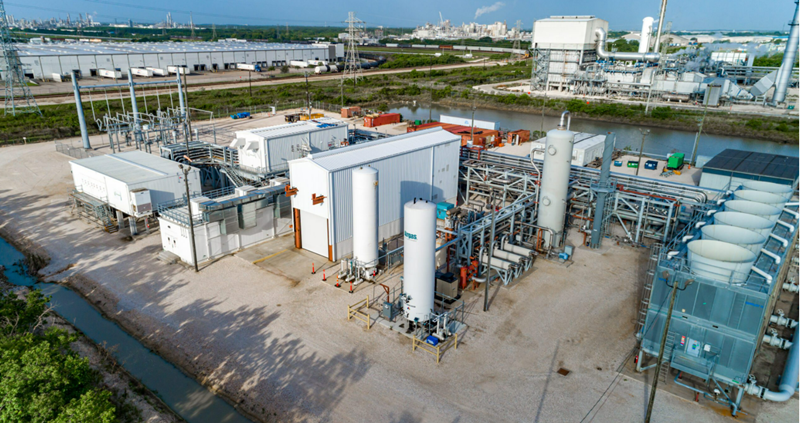 NET Power announced a partnership with Baker Hughes as it works toward a commercial deployment of its near zero-emission power systems.

NET Power’s process burns natural gas to fuel a supercritical CO₂ cycle that generates electricity. The technology is unique in that it reuses most of the carbon dioxide produced and captures the rest, meaning it emits virtually nothing into the atmosphere. The North Carolina-based company has said its plants should cost no more to build and operate than a traditional natural gas plant.

In 2018 we reported NET Power successfully achieved first fire of its demonstration plant and test facility in La Porte, Texas. At that time, the company had targeted the global deployment of 300 MW capacity commercial-scale plants beginning as early as 2021.

Global goals for net-zero carbon emissions and the growing need for CO₂ that can be sequestered or utilized in industrial processes is creating right market conditions for the adoption of clean and reliable energy generation. NET Power said it would license its technology to global customers seeking to decarbonize the energy and industrial sectors.

Baker Hughes said it would supply its supercritical CO₂ turboexpanders and other pumping and compression technology for the NET Power plants. The energy tech company will also bring its system integration and process knowledge experience to help accelerate market deployment.