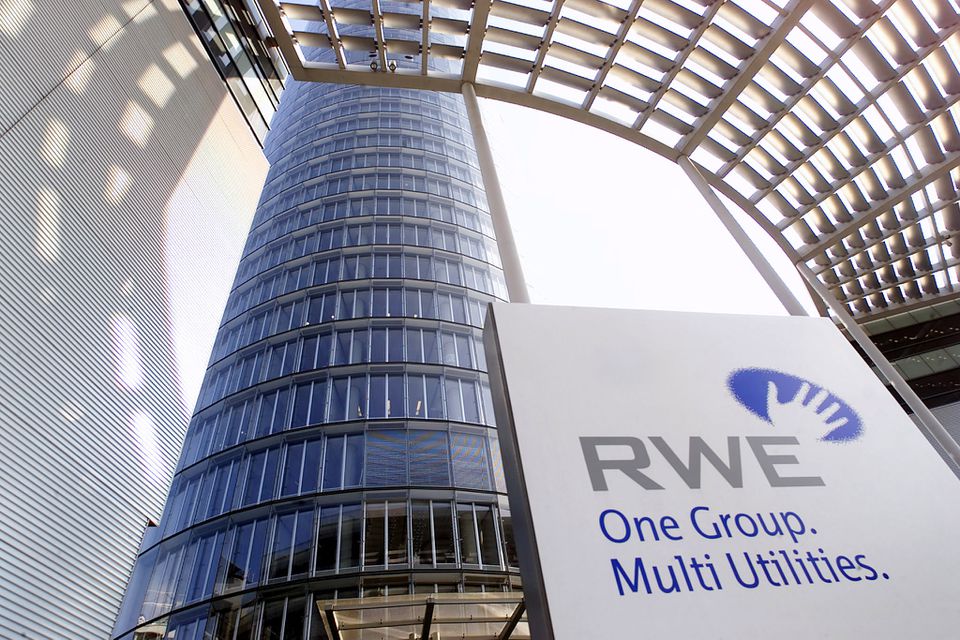 The RWE AG headquarter is pictured prior to the annual news conference in Essen September 26, 2001. REUTERS/Juergen Schwarz

Green hydrogen is a zero-carbon fuel made using renewable wind or solar power to split water into hydrogen and oxygen, which proponents say will help cut global warming.

RWE (RWEG.DE) has said it plans to build up 2 gigawatts (GW) of electrolyser capacity by the end of the decade as part of a 50 billion euro ($57 billion) investment push into renewables as well as hydrogen.

The "H2opZee" offshore project has an electrolyser capacity of 300 to 500 megawatts (MW) that can convert offshore wind power to hydrogen, RWE and Neptune Energy said in a statement.

The project is seeking funding from the Dutch national growth fund and a spokesman for RWE said it was too early to quantify investments for the group until it was clear how much external funding would be available.

"Hydrogen is a gamechanger in the decarbonisation of energy-intensive sectors, and H2opZee is among the world's first projects of this kind and scale," Sven Utermoehlen, head of offshore wind at RWE Renewables, said in a statement

Hydrogen from the project will be brought ashore through an existing pipeline, which has a capacity of 10 to 12 GW, making it suitable for the roll-out in the North Sea to gigawatt scale, they added.

The companies said they intend to start a feasibility study in the second quarter 2022 and that the initiative is supported by the Dutch government.