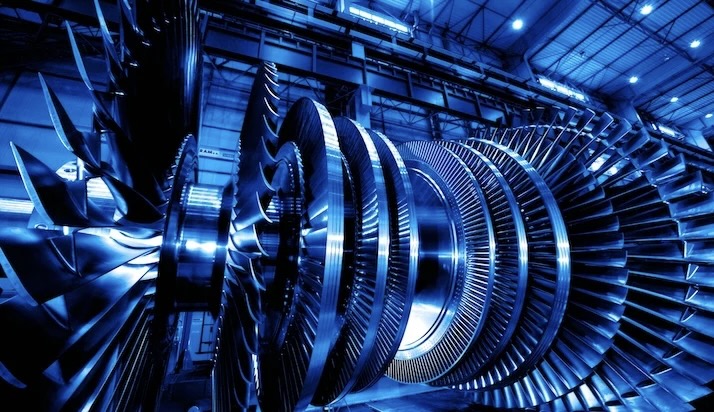 The Arabelle turbine. Image: GE
EDF has confirmed it would buy part of GE Steam Power’s nuclear energy activities, including its nuclear turbine unit in France.

The proposed deal includes the latter company’s conventional island equipment for new nuclear power plants, including the Arabelle turbine, claimed to be the world’s most powerful steam turbine in operation, as well as maintenance and upgrades for existing nuclear power plants.

In addition, it would include steam turbine technology for future nuclear power plants, such as the next-generation of European pressurised reactors (EPR2) and small modular reactors (SMRs).

GE Steam Power’s nuclear steam turbines are installed in half of the world’s nuclear power plants, including in all of EDF’s nuclear facilities in France.

Jean-Bernard Lévy, Chairman and Chief Executive Officer of EDF said: “The climate emergency is reaffirming the role of nuclear energy. EDF is proud to contribute to the achievement of carbon neutrality by preserving this technology.

“This plan to acquire part of GE Steam Power’s nuclear activities including the Arabelle turbine will enable EDF to strengthen its key technologies and skills for the nuclear fleet in operation and for new nuclear projects in France and worldwide.”

H. Lawrence Culp, Jr., GE Chairman and CEO added: “This plan supports GE’s efforts to focus our portfolio to be a best-in-class services partner to our Steam Power customers through the energy transition.

“Nuclear plays an important role in the energy transition and GE will continue to support the industry through servicing our nuclear steam turbine fleet in the Americas as well as through GE Hitachi Nuclear Energy’s nuclear reactors, fuels and services, including our SMR technology.”