07 Feb 2022  by World News OGN
The price of permits in the European Union's carbon market closed at a record high above 96 euros on last Friday, with analysts expecting the symbolic 100 euro level could soon be breached. 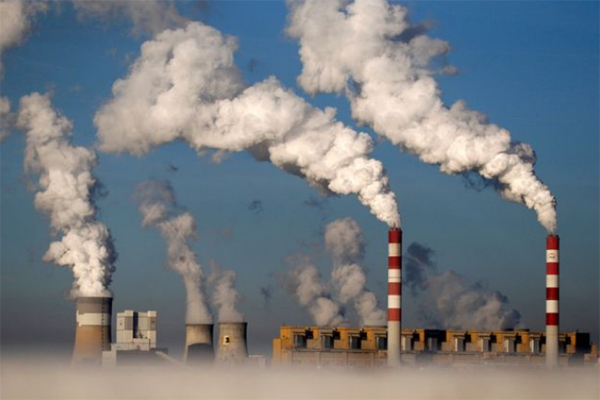 Known as the EU emissions trading system (ETS), Europe's carbon market compels factories, power plants and airlines to pay for each tonne of CO2 they emit - the higher the permit price, the greater the cost of producing planet-warming emissions, although some receive free permits to help them stay cost competitive in global markets.

The carbon price has risen more than 200% since the start of 2021, due to factors including soaring gas prices that have also prompted some power generators to switch to coal, resulting in higher emissions and demand for permits.

The benchmark EU carbon permit contract traded as high as 97.50 euros per tonne on last Friday before ending the day at 96.43 euros, the highest close since the carbon market launched in 2005.

Analysts said the latest jump was likely driven by technical buying and that 100 euros is within reach - a level also suggested by a high amount of open interest in CO2 options contracts at that price.

"The magical three-digit number, 100 euros/tonne, will be the next target," Refinitiv analysts said.

The upward march of European carbon costs has unfolded as EU policymakers last year unveiled a raft of new legislation to cut emissions faster by 2030 - including a reform of the market that analysts expect to send CO2 prices even higher.

Refinitiv said a 100 euro carbon cost could cloud the political debate over those policies, however, and the EU's target to curb its emissions 55% by 2030, from 1990 levels.

Countries including Poland have said high CO2 prices are driven by speculators and urged the EU to intervene in the market. Other states view a robust carbon price as crucial to meeting climate goals and point to the EU securities watchdog's recent assessment that there is no proof of abuse in the ETS.

By putting a price on pollution, the EU ETS provides a financial incentive for companies to cut emissions and invest in green technologies. For years the price was too low to encourage that, given the huge upfront investments needed to scale green technologies in sectors like cement and steelmaking.

At a CO2 price of 100 euros, industry estimates suggest carbon capture and storage technology could be cost effective in applications including refineries - although other technologies such as hydrogen produced from renewable energy would need still higher CO2 costs.