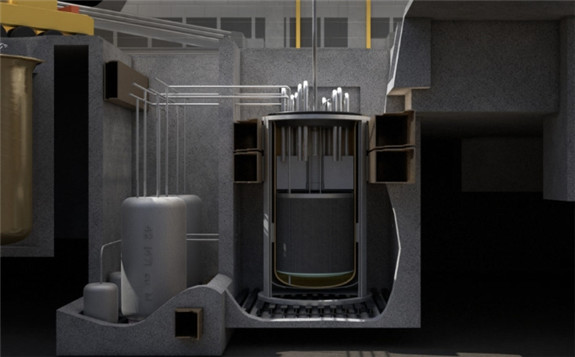 The laboratory will use previously developed equipment and methods to measure fission product solubilities over the IMSR's full operating cycle to regulatory quality control standards.

Terrestrial began fuel salt testing at ANL in 2016, with the support of an award under the US Department of Energy Gateway for Accelerated Innovation in Nuclear (GAIN) programme. That first GAIN award catalysed what is now a full-scope commercial engagement with the laboratory, Terrestrial Energy USA CEO Simon Irish said.

The company's business strategy of working with world-class laboratories offering expertise in specific areas - often with the support of government grants - rather than building such laboratory capability in-house, means it can focus its engineering resources on reactor development and accelerate its development schedule, he added.

Additional investigations at US national laboratories include further confirmatory measurements of thermophysical properties of the fuel salt and development of IMSR instrumentation and control systems, the company said.

The IMSR uses molten salt as both its fuel and, in a separate circuit, as coolant. Molten salts are thermally very stable, which allow for lower pressure and high temperature operation, reducing cost and substantially improving power generation efficiency.

The use of molten salt as both fuel and coolant also enables passive, or inherent, safety features to be built into the reactor design. Terrestrial's IMSR builds on 50 years of experience at the USA's Oak Ridge National Laboratory, and integrates the primary reactor components, including the graphite moderator, into a sealed and replaceable reactor core unit with an operating lifetime of seven years.

North Carolina-based Terrestrial Energy USA is developing the IMSR for deployment in the US and aims to commission its first power plants in the late 2020s. It is an affiliate of Canadian company Terrestrial Energy.