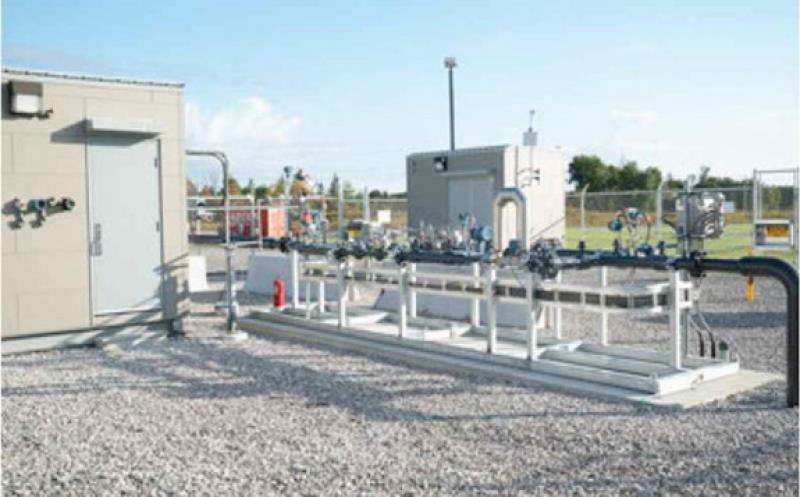 The two are injecting hydrogen into natural gas at the Markham Power-to-Gas facility, which they developed in 2018 to store excess electricity as hydrogen for later use. Since then, the facility has been providing regulation services to help IESO balance the regional grid.

The pilot is supported by Sustainable Development Technology Canada (SDTC), the Canadian Gas Association (CGA) and NGIF Capital Corporation and is claimed to be the first-of-its-kind in North America.

Hydrogen-blending with natural gas, which is delivered to some 3,600 consumers in Markham, will help Enbridge Gas reduce its carbon footprint by eliminating up to 117 tons of carbon dioxide per annum, the equivalent annual energy use by 14 homes.

If successful and expanded to a large scale, the pilot has the ability to help the City of Markham move closer to its 2050 net-zero emissions goal and enable the energy transition in Ontario, according to a statement.

Enbridge Gas states that blending will help in the achievement of sustainability targets without impacting consumer energy costs and energy reliability.

Minister of Natural Resources, Jonathan Wilkinson said: “The effective utilisation of hydrogen is a critical part of our government’s plan to lower emissions across Canada. This initiative highlights the significant opportunities associated with clean hydrogen as well as the innovative technologies being developed by companies operating in Canada’s energy sector. I look forward to seeing the deployment of similar and scaled initiatives going forward.”

The launch of the pilot comes as the Ontario government is in the process of developing its first-ever low-carbon hydrogen strategy, joining the global trend of governments and utilities expanding their focus on hydrogen production, storage and transportation to accelerate the energy transition, according to David Piccini, Canada’s Minister of the Environment, Conservation and Parks.