The construction of these three wind farms – Campillo I, II and III – will involve around 350 people mainly from the local area; Endesa’s renewable energy unit, Enel Green Power España, has begun to build this wind capacity in Cuenca. 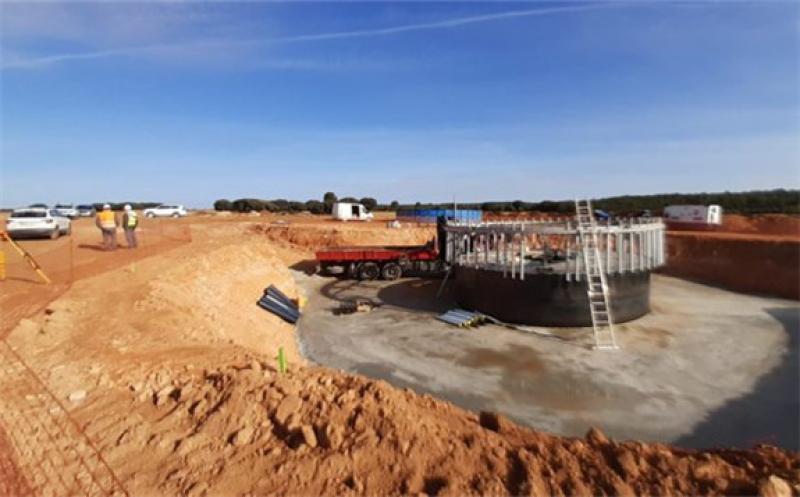 Endesa, through its renewables unit Enel Green Power España (EGPE), has started the construction of the Campillo Wind Cluster, which consists of the three wind farms that the company is building between the towns of Campillo de Altobuey and Enguídanos in the province of Cuenca.

Campillo I will have an installed capacity of about 76.8 MW, while Campillo II and III will have a capacity of 91.2 MW each. The three facilities will produce approximately 660 GWh per year, which is more than double the annual consumption of a city like Cuenca.

To undertake this project, which will also have four electrical substations and three high-voltage lines, Endesa has been in continuous dialogue with the main local representatives and the competent authorities, in order to reach agreement on how the works will be carried out while minimizing the environmental impact and maximizing the social impact.

This is one of Endesa’s priorities when it comes to developing its renewable capacity in accordance with the stated goal announced in November of achieving zero emissions by 2040. The construction of all renewable projects is based on Enel Green Power’s “Sustainable Construction Site” model, including the installation of photovoltaic solar panels to meet part of the energy needs during the construction work and water-saving measures through the installation of tanks and rainwater collection systems. In addition, a charging point for electric vehicles and defibrillators will be installed. Once the work is complete, some of the equipment will be donated to the local authority for public use.

In addition, the Campillo wind farms are trailblazers in terms of the execution of the project since an “Alliance” has been signed with the companies responsible for the works. This Alliance promotes communication and collaboration between the different contractors and EGPE, seeking to leverage synergies and share ideas and experiences. The aims of this collaboration are to improve health and safety, reduce risks as well as extra costs and even accelerate the execution of the project.

Once the construction of these plants is complete, part of their output will be supplied to the international healthcare company Johnson & Johnson, with whom Endesa signed a Virtual Power Purchase Agreement (VPPA) last July. The energy supply foreseen in this VPPA will combine solar and wind sources. The Campillo II and III wind farms will account for approximately 80% of the energy, with the 47 MW Veracruz photovoltaic plant in Badajoz contributing the remaining 20%. Through the agreement, the renewable energy supplied to Johnson & Johnson will avoid the annual emission of around 130,720 tons of CO2 into the atmosphere.

Endesa currently manages a renewable capacity of more than 7,779 MW in Spain through EGPE, including: 4,745 MW of hydropower; 2,422 MW of wind power, 609 MW of solar capacity, and 3 MW from other renewable sources.