RWE continues its European expansion of hydrogen production with the company teaming up with Jacobs to deliver a green hydrogen feasibility study for a 100MW production project in Wales, UK. 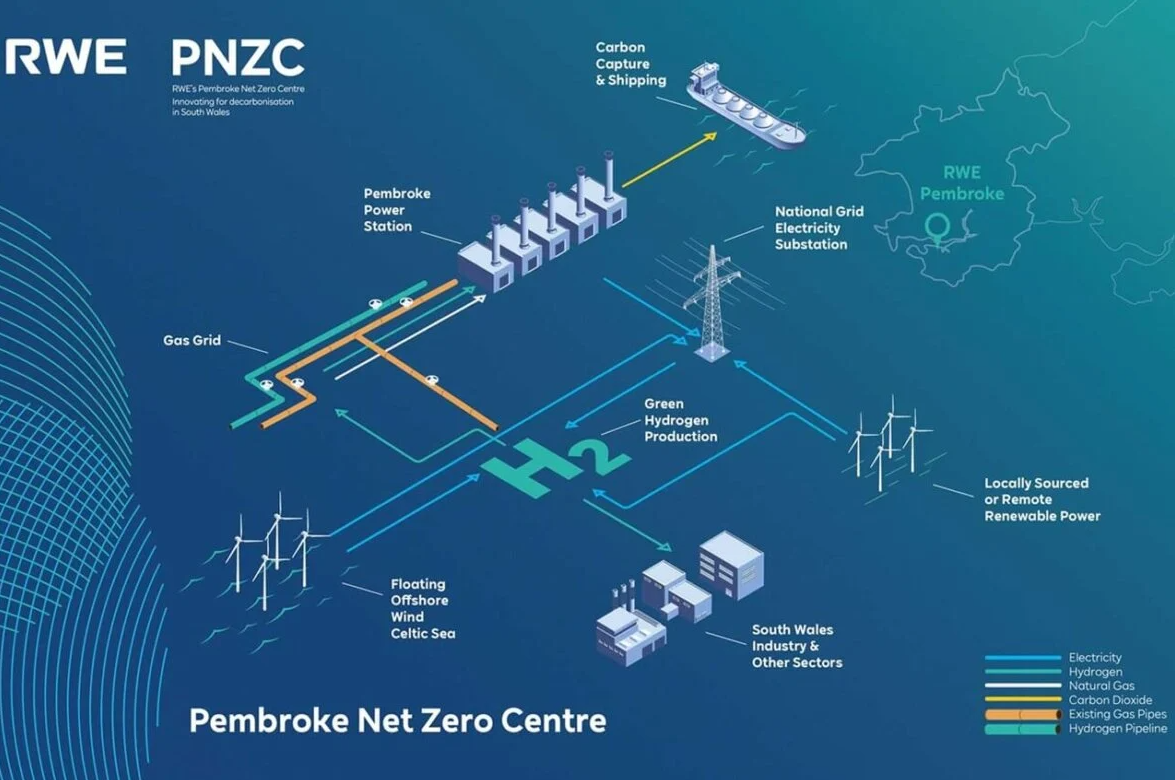 The anticipated project will form part of RWE’s Pembroke Net Zero Centre with plans to investigate the potential production and supply of green hydrogen at the power station site.

The study set to take four months to complete and will include the integration of a 100MW electrolyser system that, when coupled with renewable energy provided from floating offshore wind in the Celtic Sea, will become one of the UK’s “largest” green hydrogen plants in development.

In addition to the implementation of the 100MW electrolyser, the feasibility will also aim to explore hydrogen’s integration into the local transportation sector allowing further decarbonisation of Wales.

Sopna Sury, Chief Operating Officer of Hydrogen at RWE, said, “RWE is a driver of the energy transition and partner for the decarbonisation of industry. This feasibility contract is a major step forward in delivering a green hydrogen project at Pembroke to supply hydrogen to industrial off-takers in South Wales.

“Pembroke is the ideal location for RWE‘s Net Zero Centre: with floating offshore wind accessibility, land for development of large-scale electrolysers, electricity and gas grid connections and one of Europe‘s most modern and efficient gas fired power stations, with opportunities to decarbonise through hydrogen or carbon capture, providing firm flexible power.”

Tom Glover, UK Country Chair for RWE, said, “As a UK leader in power generation, RWE is perfectly positioned to support the development of the UK hydrogen economy.

“We are already working with other companies and businesses to help them meet their decarbonisation targets, while supporting Welsh Government achieve its ambitions for net zero.

“Hydrogen will be a game changer in the decarbonisation of heavy industry in South Wales and RWE will be a key partner in helping achieve that.”