Saudi Arabia's Acwa Power has signed a 25-year power purchase agreement (PPA) for a 100-megawatt wind project in Uzbekistan, as the clean energy company continues to expand its portfolio of investments. 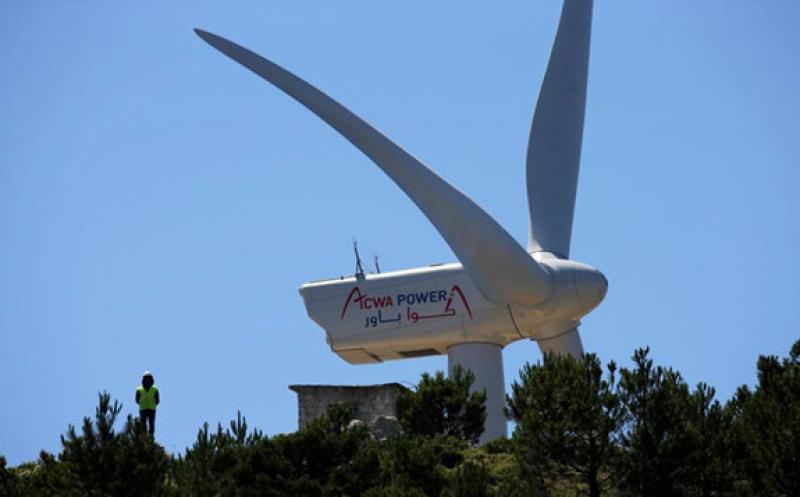 Acwa Power Wind Karatau, an affiliate of Acwa Power and Nukus Wind, the National Electric Grid of Uzbekistan, signed the $108 million deal for the Nukus wind farm, Acwa said in a statement on Sunday to Saudi Arabia’s Tadawul stock exchange, where its shares are traded.

A power purchase agreement refers to a contract where a producer sells electricity to a consumer, which is typically a utility or a country.

The company said it expects “financial impact” from the deal on its first quarter earnings in 2024.

Acwa Power won the competitive bid after proposing a tariff of 2.5695 cents per kilowatt hour for the project, which is located in the Karakalpakstan region, in north-western Uzbekistan.


It is the "first wind project through public tendering process in Uzbekistan, which also has the lowest tariff for wind energy projects in the country”, Acwa power said. “It is also the first renewable energy project in Uzbekistan governed by the new PPP [public-private partnership] law.”

Countries are increasingly pivoting towards sustainable sources of energy to reduce emissions and protect the environment under the Paris Agreement, which has been ratified by 190 nations. Acwa Power and Abu Dhabi’s clean energy company Masdar are developing numerous projects around the world, including in Central Asia.

In January this year, Acwa Power and the government of Uzbekistan signed PPAs for two wind power plants in the country's Bukhara and Navoi regions. The company plans to deliver a total of 2.5 gigawatts of power into Uzbekistan's grid upon the completion of three power projects that are valued at $2.5 billion.

The former Soviet state has a growing demand for electricity, which is expected to reach 110 billion kilowatt hours by 2030.

Acwa Power, which completed its $1.2bn initial public offering this year, aims to double its renewable energy portfolio in the next five years amid plans to tap the clean energy boom in the region and beyond, Paddy Padmanathan, president and chief executive of Acwa Power, said in September.


The Riyadh-based utility developer, which is majority owned by Saudi Arabia’s Public Investment Fund, will increase its renewable energy capacity to 40 gigawatts, from 20 gigawatts currently, Mr Padmanathan said at the time.

The company is present in 13 countries in the Middle East, Africa, Central Asia and South-east Asia. It has a portfolio of 64 assets with a total investment of $66bn and produces 42 gigawatts of power and 6.4 million cubic metres a day of desalinated water.