MOROCCO: A Green Hydrogen R&D Platform is Being Created in Jorf Lasfar

The Institute for Research in Solar Energy and New Energies (IRESEN), the Mohammed VI Polytechnic University (UM6P) and the OCP Group have signed a framework agreement to collaborate on research and development (R&D) of green hydrogen. This alliance will mainly allow the establishment of a platform dedicated to research in the industrial zone of Jorf Lasfar, in the Casablanca-Settat region of Morocco. 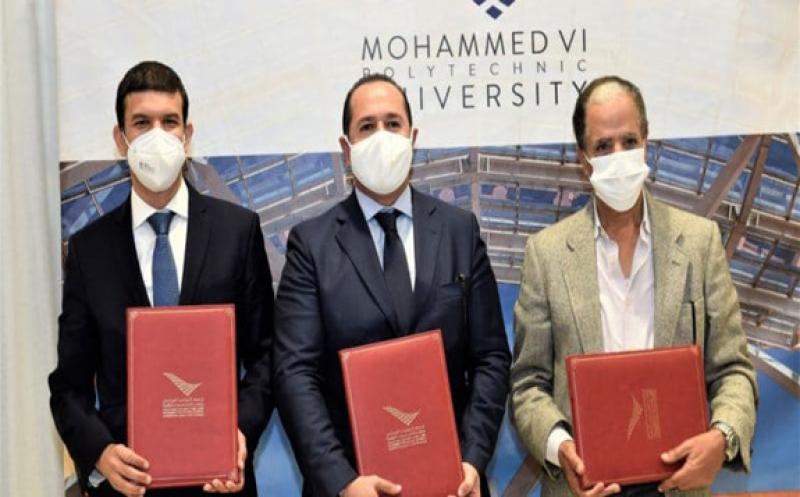 IRESEN, the OCP Group and UM6P have agreed to set up a technology platform entirely dedicated to R&D called Green H2A. This collaboration will lead to the implementation of a pilot project. The facility will be located on the industrial site of Jorf Lasfar, in the Casablanca-Settat region. The OCP Group, which owns this port site, has dedicated 5 hectares to the establishment of the research platform. The pilot plant will be able to produce 4 tons of green ammonia per day, with an electrolysis capacity of 4 MW.

A boon for the academic world

“Hydrogen is a key link in the energy transition. It is an energy vector with great potential that is part of both economic growth and sustainable development issues. This platform will accelerate the deployment and scaling up of this industrial sector in our country. Green H2A will also be a key ally for the national stakeholders involved, in order to enhance innovation and maximize the localization of industrial value in our country,” says Badr Ikken, IRESEN’s Director General.

According to this Moroccan research institute, Green H2A will allow to investigate, test, demonstrate, adapt to the local context, and scale up innovative technologies of this sector of the future. The new green hydrogen R&D platform also has the mission to support the academic world through the development of pilot projects on a pre-industrial scale. The platform will thus contribute to the production of knowledge and know-how for the public and private sectors, through the transfer of technology and intellectual property.

Green H2A will also provide technological support and assistance to public policies and industry, particularly in terms of standards and certification. This partnership is set up in a context where Morocco wants to play an important role in the development of the green hydrogen industry in Africa. In this context, the Cherifian Kingdom has signed partnerships with several countries for the development of green hydrogen.