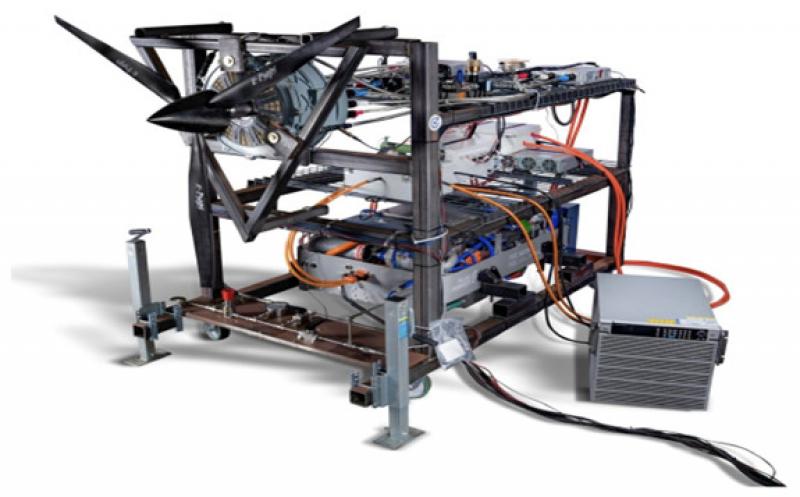 To accelerate market adoption of hydrogen in aviation, Universal Hydrogen is developing a conversion kit to retrofit existing regional airplanes—starting with the ATR72 and the De Havilland Canada Dash-8—to hydrogen power.

The conversion consists of a fuel cell electric powertrain that replaces the existing turboprop engines. It also accommodates, in the rear of the fuselage, UH’s proprietary, lightweight, modular hydrogen capsules that are transported from green hydrogen production sites to the airport and loaded directly into the aircraft using the existing intermodal freight network and cargo handling equipment.

Green hydrogen is a zero-pollution aviation fuel and is also the most weight-efficient energy carrier available, aside from nuclear fuels—with nearly four times more energy per unit of mass than traditional jet fuel.

Under a Memorandum of Understanding (MOU) signed by the two, FFI and Universal Hydrogen have agreed to:

Negotiate a global offtake arrangement whereby FFI will supply green hydrogen to Universal Hydrogen to power regional and other aviation sectors until 2035;

Conduct a scoping study to develop green hydrogen production and logistics hubs in Iceland, New Zealand and Southeast Queensland; and