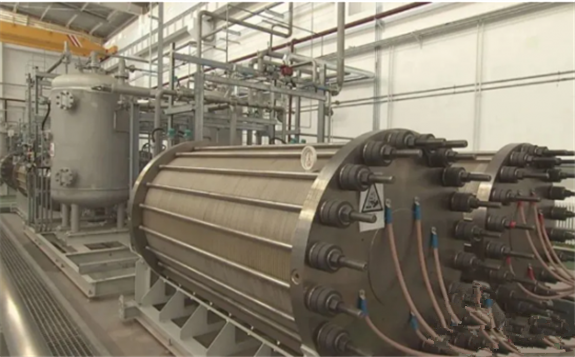 The procedures of start-up, production, automatic shutdown and reheating of the hydrogen liquefaction system has successfully completed as designed, and the system has continuously worked for an accumulated 35 hours and produced 35.55 cubic meters of liquefied hydrogen.

The system with the current daily output can effectively meet the demands of China's high frequency of launch missions.

By addressing the problems of a series of key technologies, the 101 Institute of the Sixth Research Academy of China Aerospace Science and Technology Corporation (CASC), which developed the system, realized the localization of over 90 percent of the system, said Wang Chenggang, director of the institute.

Hydrogen is a colorless and odorless gas whose liquefaction requires multiple complicated steps. One of the key technologies that the institute has solved is to maintain the storage temperature of the liquefied hydrogen at - 253 C by minimizing thermal conductivity of the container.