Anglo American has launched the first green hydrogen fuelling station for zero-emission vehicles at its copper business in Chile. 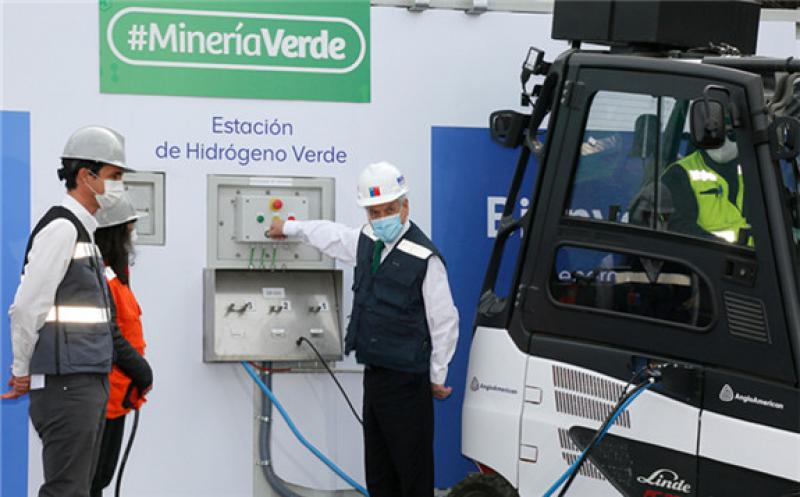 The plant at Anglo American’s Las Tórtolas flotation facility in the Colina region just to the north of Santiago will produce green hydrogen from reused water from the mining process powered by solar energy from two farms on the site.

The initiative, a first for Chile with its ambitious green hydrogen production plans, also forms part of Anglo American’s sustainable mining plan to achieve carbon neutrality in its operations in that country by 2030.

“This represents a gigantic opportunity for our country, because today we are taking a new step forward in important matters including clean energy, protection of the environment and combating climate change,” said President Sebastián Piñera at the launch.

“Chile is going to become a leader and pioneer country in this new green hydrogen industry which, in addition to being an opportunity for growth, jobs, salaries and progress, is going to make an enormous contribution to winning the battle against this climate crisis.”

The hydrogen electrolyser has a production capacity of 2kg/day, which is dispensed to a zero-emission drive forklift. In addition, the project incorporates a stationary fuel cell, which reinjects energy into the local electricity grid.

Alongside these activities in Chile, Anglo American is developing the first green hydrogen-powered mining truck in South Africa, with a view to bringing the technology into operation also in Chile within two years.

Anglo American boasts a foundational interest in hydrogen as a founding member of the World Hydrogen Council, which seeks to strengthen the role of hydrogen in a future green economy, including research and demonstration of associated technologies.