The project to dismantle the historic Chernobyl Shelter Object can begin, after Chernobyl NPP was granted the requisite licence today. The ageing Shelter has been superseded by the New Safe Confinement, which now surrounds unit 4 and contains equipment to undertake the work. 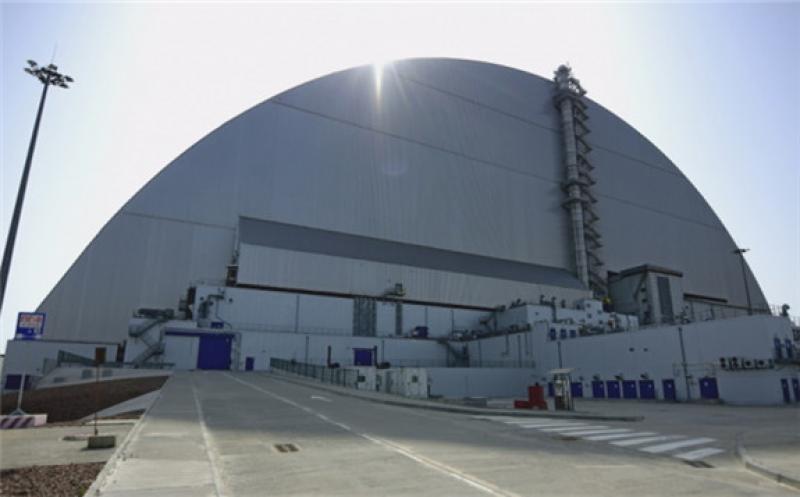 "We will again have to do things that no one has done before", said Valeriy Seyda, acting director general of Chernobyl NPP, describing both the planning of a procedure to take down the unstable structures that were hastily erected in the immediate aftermath of the 1986 accident, as well as the work to actually do it.

The licence for "processing and storage of radioactive waste" was presented today by the State Nuclear Regulatory Inspectorate (SNRI) of Ukraine at a ceremony including the Ministry of Environmental Protection and Natural Resources of Ukraine, the State Agency of Ukraine for Exclusion Zone Management, representatives of the European Bank for Reconstruction and Development and the European Commission.

The licence award comes after a year of pilot operation of the Confinement, which has been fitted out and tested to SNRI's satisfaction. It was constructed alongside the former Chernobyl plant from 2012 to 2015 and put into position in November 2016.