A South Korean consortium involving state research bodies and private companies has been launched to develop a floating offshore plant using wind power to produce hydrogen. The consortium aims to build a 1.0-megawatt pilot plant in 2022 before developing and demonstrating a gigawatt-class plant in 2030. 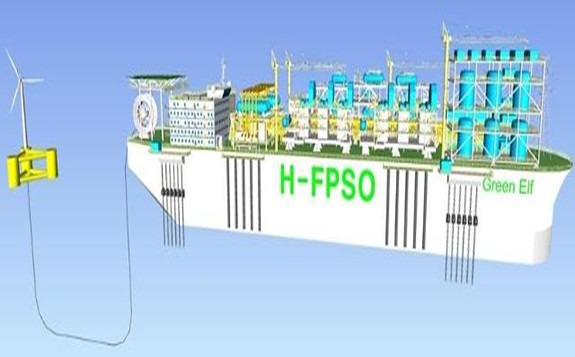 KOMU regards Hydrogen FPSO as an optimal option for South Korea to achieve energy independence, export-related technologies and accelerate the use of hydrogen fuel as it can ease public anxiety over hydrogen gas and help South Korea achieve carbon neutrality. The construction of charging stations for hydrogen fuel cell vehicles is slow because South Koreans feel unsafe about having them near residential areas.

KEPCO E&C, the power plant design and engineering wing of a state utility company, has teamed up with Daewoo Shipbuilding & Marine Engineering (DSME), a domestic shipbuilder, to develop a floating offshore nuclear power plant based on a small modular reactor (SMR) named BANDI-60S, which is a block-type pressurized water reactor. The block-type design in which main components are directly connected, nozzle-to-nozzle, can eliminate the risk of a large-break loss-of-coolant accident.