The government is set to make it mandatory for user industries to produce or procure green hydrogen to meet part of their needs, a move that has the potential to make India one of the largest producers of what is being seen as a 'fuel of the future' that will play a key role in energy transition and carbon reduction. 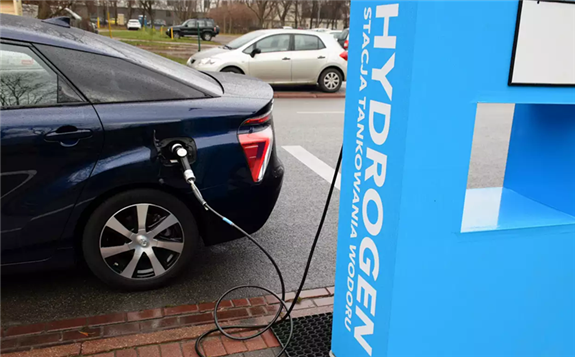 Oil refineries and fertiliser manufacturers will be asked to implement the policy immediately after the Cabinet approves the proposal, power and renewable energy minister R K Singh told in an interview.

He said the renewable energy ministry has sent the proposal for Cabinet approval after discussing with pertinent ministries. The proposal, on the lines of renewable energy purchase obligation for electricity distribution companies, is at the centre of Singh's energy transition and carbon reduction blueprint.

According to the policy, starting 2023-24, refineries will have to use green hydrogen for meeting 10% of their requirement. This will rise to 25% in five years. Fertiliser makers will start with 5% green hydrogen, which will go up to 20%. The proposal for the Cabinet also seeks approval to extend the policy to other industries at a later stage.

The policy will be applied to industries such as steel and the transport sector gradually as the market evolves. "Currently refineries and other user industries produce grey hydrogen from natural gas. This method produces CO2. The policy will create a market for green hydrogen, which in turn will attract investments in its production," Singh said.

Steel industry is likely to be brought under the policy's ambit in two years as major changes are required in their set up. But they will have to do it to reduce their carbon footprint and avoid carbon tax on exports to the developed economies, one official said. IndianOil, RIL, JSW and NTPC have made plans to set up green hydrogen facilities.

Hydrogen has wide application in manufacturing and is now being looked at as a clean mobility solution. Green hydrogen is the cleanest fuel as it is produced through electrolysis using renewable energy. The colours denote the process through which it is obtained.