Engineers say the power plant can be delivered to the Red Planet using the Zeus – a prospective Russian nuclear-powered space tug design expected to begin flight-testing in 2030. 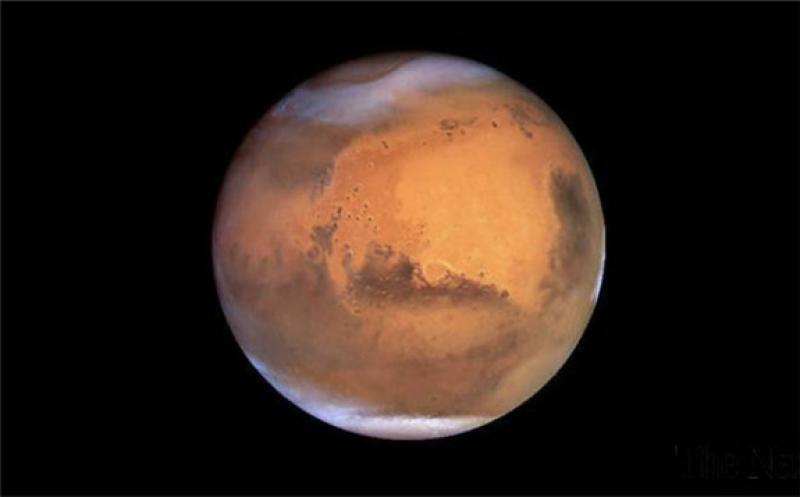 Specialists from the Arsenal Design Bureau – a St. Petersburg-based subsidiary of Russia’s Roscosmos space agency specialising in the production of spacecraft, satellites, and other space technologies – have proposed the creation of a nuclear power plant for a future Russian Mars base.

Sputnik was able to familiarise itself with the proposal – which recommends using technologies developed for the Zeus interplanetary space tug for a stationary nuclear reactor for the Martian surface as well.

Under Arsenal’s proposal, the reactor would be delivered to Red Planet aboard the Zeus, and floated down to its surface using a parachute system. After landing, the power plant would be activated to provide energy to a prospective Russian martian base.

On top of that, engineers say that if the Zeus were to be deployed at the Lagrange point between the Sun and Mars (i.e. the point in space where gravitational forces of these bodies are equally strong), its onboard communications sensors and transmitters could serve as a “high-speed channel for the transmission of information to Earth from the surface of Mars and from spacecraft orbiting the planet.”

Earlier, Sputnik reported that the Zeus project’s proposed megawatt-class electric propulsion system would allow it to disable the control systems of adversarial spacecraft using an electromagnetic impulse, and even allow it to fire laser beams.

Designers at the Moscow-based Keldysh Research Centre have also suggested the spacecraft class can be used as a component in Russia’s air defence network – detecting targets from orbit and relaying this information to ground-based missile systems.

Russia has been working on the creation of an interplanetary spacecraft with a nuclear power plant since 2010. In 2019, a concept for the space tug was presented for the first time at the MAKS International Aviation and Space Show outside Moscow, with a more detailed presentation given at the ARMY-2020 forum.

Last December, Roscosmos signed a $56.5 million contract with the Arsenal Design Bureau for experimental design work for the Zeus. This work is expected to be completed by 2024, with flight testing hopefully starting in 2030.

In June, Roscosmos Chief Dmitry Rogozin said that in addition to Mars, Zeus tugs could be sent to other planets, including Venus, and even travel beyond our solar system, where they can search for alien life.

Roscosmos has announced a series of ambitious plans in recent years, including the construction of the first Russian-only space station since the deorbiting of Mir in 2001, and plans for a series of manned and unmanned missions to the Moon and even a possible Moon base. Russia’s space programme has faced two major problems, however: a lack of sufficient funding to realise some of its ambitious projects, and the concentration of funds and other resources for arguably questionable purposes – such as the ongoing construction of a 250,000 square metre office centre next to the legendary Khrunichev space rocket factory in Moscow.

Despite a long list of space firsts (including first satellite, first man and woman in space, first space station, first Moon and Mars landing, etc.) Russia spent just $3.58 billion on its space programme in 2020, just $260 million more than Japan, and less than France ($4.04 billion), China ($8.85 billion) and the United States ($47.69 billion). These and other factors have left the country which once enjoyed the status of a space pioneer looking on as China’s space agency and NASA show off the latest images and footage of their rovers roaming around on the Martian surface.