Every journey begins with a single step. When Siemens Gamesa (then Gamesa) entered India, a community of business owners in Tamil Nadu, the country’s wind capital in the country’s south west, saw wind turbine generation as an attractive investment. In a way, this community pioneered India’s wind sector long before Independent Power Producers (IPPs) emerged. As the company celebrates 10 years in the country, we look at some of the early partnerships that spurred an energy transition in India and Sri Lanka. 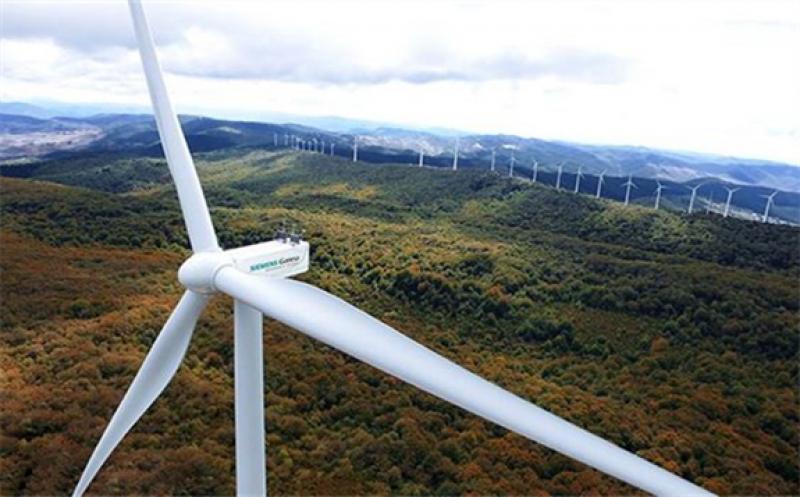 India is the world’s fourth largest country by cumulative wind capacity – currently at 38GW, and installations are expected to reach 53GW by 2024. As a top player and current market leader, Siemens Gamesa, has been a major enabler in this journey.

After exploring the market in 2005, the erstwhile Gamesa set up an independent presence in 2009. The Indian government’s accelerated depreciation and captive power adjustment benefits, introduced in the 1990s, had attracted a new segment of private investors – micro, small and medium enterprises (MSMEs).

“With Tamil Nadu being the leading state in India’s wind sector, we saw a lot of traction with business owners in and around Coimbatore. Primarily from the textile cluster, they saw a good investment opportunity and moved quickly,” notes Karpagavalli Raju, Application services manager, Siemens Gamesa India. Our first win in India: All in good faith R. K. Mohan, Managing Director at Jayakrishna Flour Mills [P] Ltd, was one such pioneer. “In addition to the government benefits, utilizing wind power could reduce my operating costs significantly. I knew the company leadership and had heard good things about the turbine. My faith in Gamesa has only grown since,” he explains.

The order was finalized over a phone call. “We gathered around a fax machine in our first office, a small room with just 15 workstations, waiting eagerly for the order confirmation!” recollects Ms. Raju.

The project, signed in January 2010, moved at lightning speed. By March, 15 850-KW turbines (manufactured by Made, a legacy brand) – were commissioned in Vepillankulam Village, Radhapuram Taluk in Tirunelveli District.

“Even though the company has grown, the Siemens Gamesa team is very responsive. Our turbines are still running and generating clean electricity,” adds Mohan.

As other business owners from this close-knit community saw the results, interest in captive wind farms grew, ramping up the company’s installed base quickly. Patience and teamwork pay off in Sri Lanka

Around the same time, Windforce, a pioneer in wind power generation in Sri Lanka was looking for a supplier for two wind farm projects in Puttalam, in the north-west region. The project review process was extensive – close to 25 government approvals were needed. In addition to a grid compatibility study, the impact on bird migratory patterns was assessed. Aspects like the turbine’s corrosion resistance and ability to withstand lightning and thunder were deliberated upon. Commissioned in May and July 2010 respectively, the Seguwantivu and Vidatamunai wind farms use 25 800-KW Gamesa AE-59 turbines to generate and supply 52.56 GWh annually to the national grid. “This project offered great learning about all that goes into constructing a wind farm. Roads were built, and cranes were mobilized from India to transport the tower sections. In order to simulate the ODC (out of dimension consignment) of the key components, a truck with extended metal plates was made to travel on the actual route along with the police escort! The customer’s openness and patience contributed immensely to this project’s success,” reminisces Ms. Raju.

“We have been associated with Siemens Gamesa as wind power partner in Sri Lanka since 2011, and are impressed with the team’s attitude and dedication. Their consistent hard work and commitment has ensured high quality maintenance of our wind farms, and in achieving the intended performance,” explains Nuhuman Marikkar, Deputy Chief Executive Officer – LTL Holdings. IPPs propel India’s clean energy market Buoyed by India’s Electricity Act, 2003, which delicensed power generation almost completely, and removed the ‘barrier’ of obligatory power sale to the government, Independent Power Producers entered the fray. As a leading global player with proven EPC and execution capabilities in India and Sri Lanka, Siemens Gamesa was well-suited to support this segment.

“One of our first IPP customers – CLP – came as a reference from our Spanish colleagues. We successfully delivered our G97-2.0 MW wind turbines for the project at Jath, Maharashtra, and this set the ball rolling,” adds Ms. Raju.

In 2017, Siemens Gamesa became the first and only OEM in the country to achieve 2GW installations in a year. To date, the company has installed over 6.94GW, of which more than 70% (4.9GW) is for projects with leading IPPs like CLP India, Energon, Adani Green Energy, Alfanar, ReNew Power, Sembcorp, etc. across seven Indian states. Leading the way with the right technology India’s wind sector is facing headwinds – an economic slowdown, pandemic-related supply chain delays, and grid and land challenges are impacting installations. Adapting to these changing dynamics is key to Siemens Gamesa’s long-term competitiveness in the country. The company is demonstrating this with the SG 3.4-145, its next-generation wind turbine, made in India and designed for Indian winds. The product is a key element of the company’s strategy to enhance customer value in this competitive environment.

“Our new SG 3.4-145 wind turbine is optimized for Indian conditions, and will be manufactured locally. It delivers 48% more AEP (annual energy production) than its predecessor, and complies with market expectations around output and profitability during low winds,” notes Navin Dewaji, Chief Executive Officer, Siemens Gamesa India. “Ten years down, we’re confident about the future and believe the long-term fundamentals are strong. Together with our stakeholders, we’ll continue to further the cause of renewables in the subcontinent.”