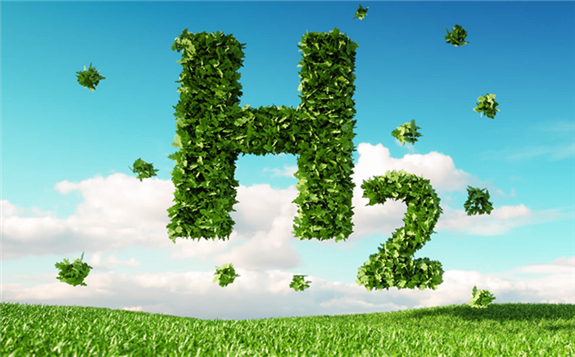 The project consists of a 20 MW green hydrogen plant adjacent to the Amorebieta-Boroa CCGT utilising part of the existing infrastructure of the conventional power generation plant and gas distribution network. The plant is expected to generate 1500 t of green hydrogen per year from 100% renewable sources which will offset the emission of more than 12 000 t of CO2 into the atmosphere, the equivalent of taking more than 2500 cars off the road each year. A portion of the green hydrogen generated will be used by the power plant and will serve to directly reduce its CO2 emissions. In addition, the hydrogen will be injected into Nortegas' gas distribution network and blended with natural gas, thereby decarbonising part of the current gas system. The project also includes installing a hydrogen refuelling station to meet the fuel requirements of local public-private fleets of hydrogen-powered vehicles.

The project is the first of its kind to be co-located adjacent to a host CCGT and will be instrumental in the decarbonisation process of Spain's power and transportation sectors. Commercial operations are expected to commence by the end of 2022. CCI currently owns and operates over 2000 MW of power generation in Europe and this project technology could be deployed in scale at all of its European power generation facilities.

"Together with our partners, CCI is seeking to accelerate the energy transition initiative in Europe through the investment in key technologies such as hydrogen to power," said Arie Pilo, CCI's Co-Head of Power Principal Investing. "We are excited to be working on these projects that simultaneously reduce emissions, promote the stability of the grid and address important issues arising from the rapid acceleration of renewable energy resource deployment. Specifically, in the port of Rotterdam in the Netherlands, where CCI owns two CCGTs, we will look to collaborate with our local partners to continue to support the grid and to explore innovative ways to address the challenges of intermittency in the context of decarbonisation."