It plans to spend up to $1.5 billion annually by 2025 - a more than five-fold increase from current levels, and roughly 4 per cent of its 2020 total spend - on a mix of gas power generation, geothermal, wind, solar and hydrogen projects. It did not provide a breakdown.

The company carried out pilot projects on geothermal and biofuels in northern China, and aims to continue investing in those sectors.

In July, PetroChina's parent group CNPC revealed its target to slash methane emission intensity by 50 per cent by 2025.

Last month, PetroChina set up a hydrogen joint venture with Shanghai's Shenergy Group in which it holds a 40 per cent stake.

The world's largest oil refiner is the most ambitious on hydrogen among domestic rivals, owning annual output capacity of 3 million tonnes, or 14 per cent of the national total, at its refineries. It wants to become the industry leader.

It has created a 6-person new energy office under the group's planning department and established a R&D centre of 48 staff.

The offshore oil and gas specialist revived activities in offshore wind power in 2019 after closing its renewable unit in 2014, planning to spend 3 per cent to 5 per cent of its annual budget on the sector.

Its first 300-megawatt wind power plant off Jiangsu province is due online at the end of 2020 and it has planned other projects off Guangdong and Shandong provinces.

The company also plans to more than double its natural gas production by 2025 to make up 30 per cent of its total oil and gas output from the current 19 per cent. 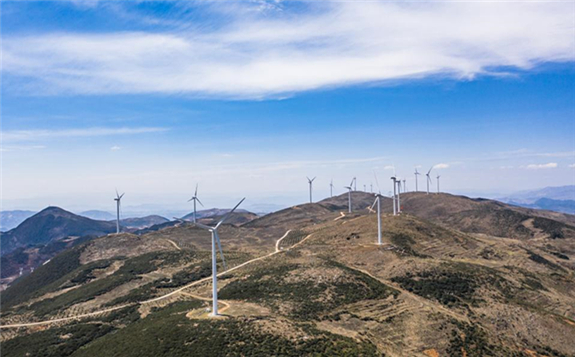