The country will be increasing its renewable H2 production following a massive expansion.

It has now received all the investment funding it needs to get started, and it has received the green light.

The Australian hydrogen project was developed by Infinite Blue Energy out of Perth. That firm intends to build an H2 production facility that will become the largest in the country. It will be powered by solar and wind energy. Those renewable energy sources will be located onsite to power the facility. They will supply the plant with about 75 MW of wind generated power and 85 MW of solar power.

The facility will be located in the town of Dongara and is called the Arrowsmith Hydrogen Project. Dongara is located about 200 miles north of Perth. Once it is fully operational, it is expected to produce approximately 25 metric tonnes of green H2 per day.

Work on the Australian hydrogen project is expected to begin about halfway through this year.

The facility is expected to begin producing H2 by the last quarter of 2022. Infinite Blue Energy (IBE) is hopeful that the Dongara based facility will play a role in establishing the country as a zero-emission H2 fuel producer and supplier.

“IBE is at the leading edge of Green Hydrogen and we have been able to progress the Arrowsmith Hydrogen Project by establishing partnerships with leading Australian and international companies, technology suppliers and Green Hydrogen buyers around the world,” said Stephen Gauld, Infinite Blue Energy CEO. “We are enabling access to leading-edge technology and establishing domestic and international sales agreements to spearhead our expansion plans.”

Gauld also went on to point out that the recent economic environment shaped by the COVID-19 pandemic provided a good opportunity to turn toward the development and expansion of the country’s energy industry by way of innovative business opportunities. Many businesses in Australia have been forced to change their operational outlook. They have had to turn in directions they have never taken before, including efforts toward reducing their carbon footprint or creating a sustainable one. 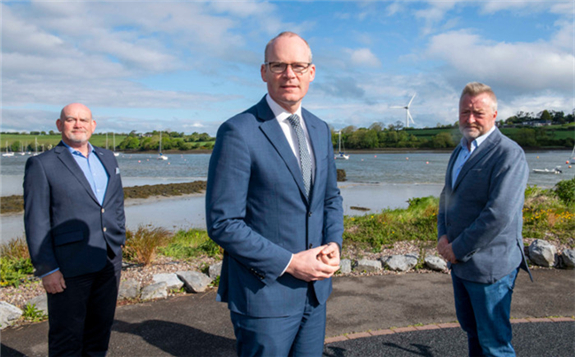