Making Electricity From The Heat Of The Earth’s Crust 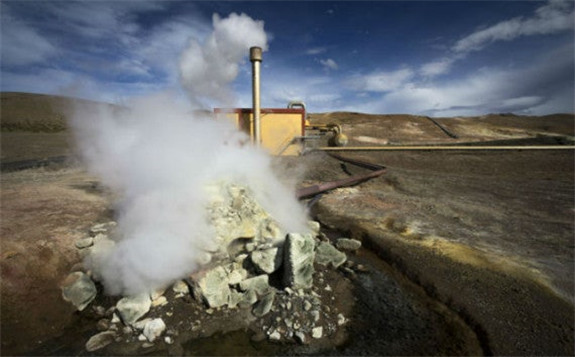 It’s hot underneath the Earth’s crust, hot enough to boil water and in some cases turn that boiling water into steam to run turbines that generate electricity. Getting to the source of the heat deep underground is filled with technical challenges which drive up the cost of any electricity produced.

A research team at Tokyo Institute of Technology led by Dr. Sachiko Matsushita reports success using sensitized thermal cells to generate electricity at temperatures below 100º C. If the research leads to commercial grade products, a limitless supply of electricity could become available.

“With such a design, heat, usually regarded as low-quality energy, would become a great renewable energy source,” says Matsushita. “There is no fear of radiation, no fear of expensive oil, no instability of power generation like when relying on the sun or the wind.” He and his team are excited about their discovery because of its applicability, eco-friendliness, and potential for helping solve the global energy crisis.

The sensitized thermal cells consist of three layers sandwiched between electrodes — an electron transport layer, a semiconductor layer composed of germanium, and a copper electrolyte layer. According to a report by Science Daily, electrons go from a low-energy state to a high-energy state in the semiconductor by becoming thermally excited and then get transferred naturally to the electron transport medium. The results of their research have been published in the Journal of Materials Chemistry. Here is the abstract of the study.

You can find thermal energy everywhere in the world, including geothermal energy. Here we report an amazing battery that could supply power semi-permanently by simply burying the cell in a heat source and turning the switch on and off. We examined the discharge termination process of a sensitized thermal cell (STC), a new thermal energy conversion system for generating electrical power from heat previously reported by the authors.

To observe this termination process, we constructed a new STC system using a narrow-bandgap semiconductor, germanium (Ge), and surprisingly found that the battery characteristics were restored after discharging by placing or burying the battery in a heat source. This discovery should bring us closer to solving global energy problems. 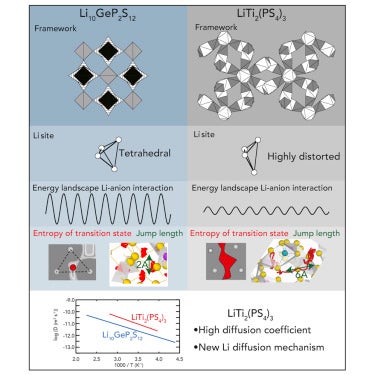 Researchers at the Catholic University of Louvain in Belgium say they have discovered a new material they call LTPS — whose chemical composition is LiTi2(PS4)3 — that has the highest lithium diffusion coefficient (a direct measure of lithium mobility) ever measured in a solid. According to Science Daily, LTPS shows a diffusion coefficient much higher than in other known materials. The results are published in the scientific journal Chemfrom Cell Press. Here is a summary of that report.

“Solid-state materials with high ionic conduction are necessary for many technologies, including all-solid-state lithium (Li)-ion batteries. Understanding how crystal structure dictates ionic diffusion is at the root of the development of fast ionic conductors. Here, we show that LiTi 2(PS 4) 3 exhibits a Li-ion diffusion coefficient about an order of magnitude higher than that of current state-of-the-art Li superionic conductors. We rationalize this observation by the unusual crystal structure of LiTi 2(PS 4) 3, which offers no regular tetrahedral or octahedral sites for Li to favorably occupy. This creates a smooth, frustrated energy landscape resembling the energy landscapes present in liquids more than those in typical solids. This frustrated energy landscape leads to a high diffusion coefficient, combining low activation energy with a high pre-factor.

The increased lithium mobility is a direct result of the unique crystal structure of LTPS. This discovery opens new avenues of inquiry in the field of lithium ion conductors including the search for new materials with similar diffusion mechanisms.

The researchers say there is a need for further study to improve the material for future commercialization. If it is as successful in practice as it is in the lab, it could lead to new lithium ion storage batteries that can be recharged much faster than current li-ion batteries and eliminate the risk of fire or explosion inherent in today’s batteries.

There’s an interesting twist to this story. The research was conducted in collaboration with and financially supported by Toyota. Wouldn’t it be interesting if a company that has downplayed the significance of electric cars for years should be the one that fosters the solid state battery breakthrough that could make electric cars cost less and charge faster? 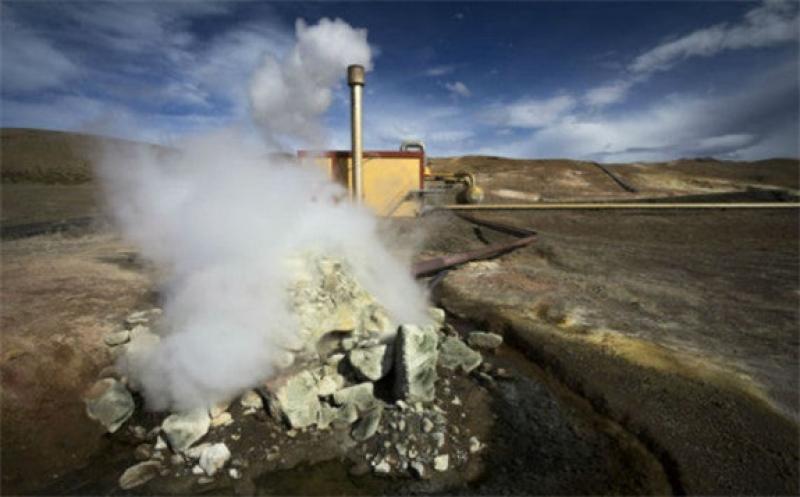