The U.S. Is Ramping Up Its Wind Power Production

We already know that in order to meet the international greenhouse emissions standards set by the Paris climate agreement, we are going to have to do a lot more to decarbonize the global economy. Most scientists agree that the tipping point toward catastrophic climate change is right around the corner, and the United Nations is pleading with the international public and private sector to take a transition toward renewable energy seriously.

In December of 2019, the Secretary General of the United Nations’ Climate Change Conference COP25 told his audience that “By the end of the coming decade we will be on one of two paths. One is the path of surrender, where we have sleep walked past the point of no return, jeopardizing the health and safety of everyone on this planet. Do we really want to be remembered as the generation that buried its head in the sand, that fiddled while the planet burned? The other option is the path of hope.”

With this urgency in mind, late last year the International Renewable Energy Agency (Irena) set about quantifying exactly how much renewable energy would need to be installed by 2030 if we are to get on track to take what the UN has described as “the path of hope”. Irena “believes 7.7TW of operational renewable capacity will be needed by 2030 if the world is to limit global warming to ‘well below’ 2C above pre-industrial levels, in line with the Paris Climate Agreement,” reported Wind Power Monthly in December of last year. “However, at present, countries’ nationally determined contributions (NDCs) amount to 3.2TW of renewable installations by 2030, up from 2.3TW currently deployed.”

The renewable energy sector has responded accordingly. As the cost of installing solar and wind power capacity has dropped the scale and quantity of installations has risen. Solar power projects have become supersized, while the size of wind turbines has also exploded. In particular, the growth in the size of wind turbine blades over the last decades has majorly transformed the wind power industry for the better, “[allowing] wind developers to produce more power without making turbines taller and could continue to drive future growth in the industry,” according to reporting from Scientific American.

“The increase in average blade size is a main determinant of what scientists refer to as a turbine’s ‘swept area’—essentially, the size of the circular path traveled by the blades,” the article details. “Since 2009, the average swept area of a turbine has doubled, thanks to 20% longer blades, Energy Department researchers said on a webinar yesterday.” The bigger the swept area, the more energy generated, which is great news for the renewable energy sector and great news for the planet. The heavily improved efficiency of the turbines has led to a huge uptick in efficiency, with the cost of wind power dropping by as much as half on wholesale markets.

The best part, experts say, is that there is much more where that came from, with significant room for improvement in the engineering and efficiency of wind turbines.  “Much more progress is possible on that front,” Mark Bolinger, a research scientist at Lawrence Berkeley National Laboratory, told Scientific American. While the length of turbine blades is most certainly not the only area of recent improvement in the wind power sector, it is certainly the most effective. “The length of the blades is the most marked difference in recent turbine engineering, according to researchers. Average turbine heights, for instance, have seen comparable ‘modest’ growth of 12% over the last decade.”

While the bigger turbines are nothing but good news for the industry, however, they are less popular among residents near wind farms, who often find the oversized turbines to be an eyesore. The changes, while excellent for the industry in many ways, are also making it more difficult to secure permits in some cases. But where nimbys aren’t concerned, it turns out that bigger really almost always does mean better. 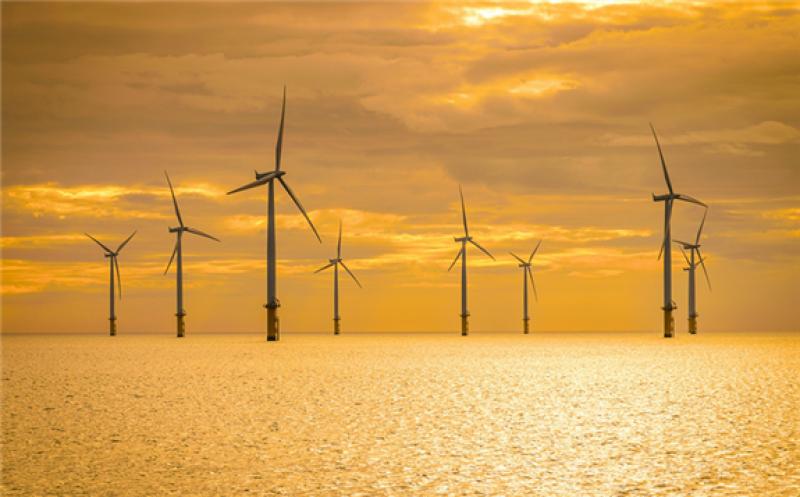