Could The United Kingdom Be The Next Norway For Tesla?

15 Jul 2019  by Paul Fosse
Here at CleanTechnica, we’ve published a lot about Norway’s smashing EV success. It makes us wonder, who’s next? One possible answer is the United Kingdom.

This article summarizes what I found out about the market potential for Tesla vehicles in the UK over the next few years. There are many reasons the UK market is similar to Norway and could see the same success, but also many differences that could help or hurt the prospects. In this article, I’ll review all the ones I can think of and if I missed any relevant factors, I’m depending on you, the reader, to mention them in the comments (in addition to pointing out if you disagree with any of the points I made). 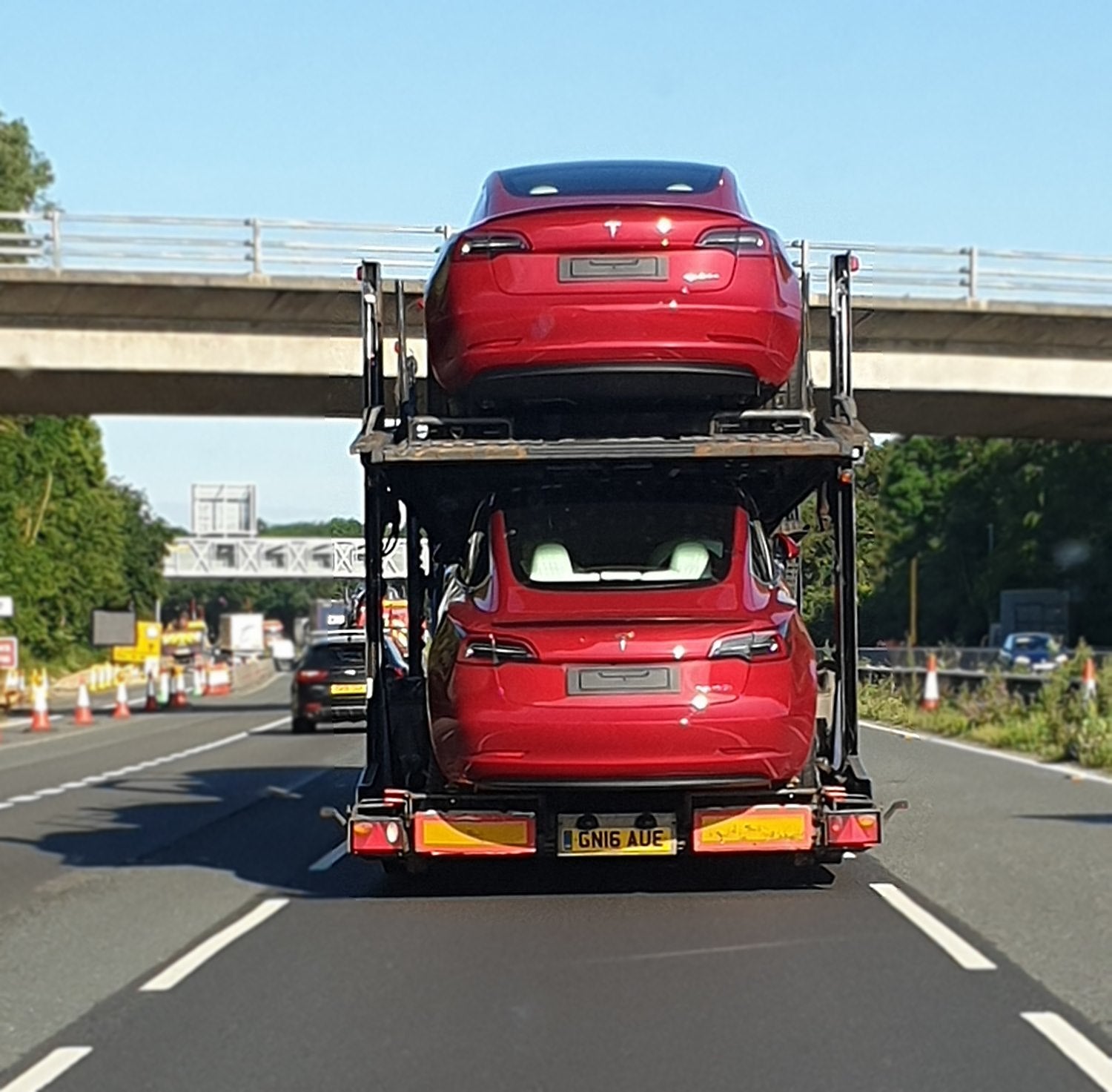 As part of our UK second quarter coverage, we told readers about the opening of the design studio in the UK and made the point that after incentives, the car costs less to buy than the slower BMW 3 Series. But that was just the first of many advantages.

The real story is that after the first 3 years of free maintenance, the 3 Series costs about $3,000 per year to maintain. Tesla’s record of depreciation is already strong, and if it comes anywhere close to meeting it goals for full self driving, depreciation is expected to be minimal or even negative compared with the $6,000 a year you expect to lose when owning the BMW 3 Series.

On the other hand, the fuel savings of $2,000 a year are still large enough to cause many people to switch, even without other reasons.

The news this week is that the UK has decided to exempt those who drive electric cars as their company cars from the business tax. According to this article, 6 out of 10 cars in the nation are purchased as part of a fleet, and this tax exemption will be worth between $2,500 and $5,000 per year (depending on the company’s tax bracket).

The UK government is offering a grant worth about $4,400 to people who buy plug-in vehicles. Last year, the government changed the law to only allow those buying fully electric cars to qualify, much to the dismay of the auto industry, which had been taking advantage of the program to reduce the cost of cars with minimal all-electric range.

There are important differences that will slow Tesla’s progress in the UK compared to Norway. The UK has a significant domestic auto industry and, as I mentioned in this recent article, there are 3 types of costs to not making your cars in the country you sell them in:

Internal Costs: Transportation costs, transportation time, and the huge working capital cost of building a car and then not getting paid for it for 30 to 60 days, as opposed to less than 30 days for cars made and sold on the same continent. If Tesla builds a gigafactory anywhere in Europe, these costs should be minimal.

External Costs: Taxes, tariffs, and local electric vehicle incentives are frequently more favorable for vehicles made partially or fully in the country or trade region they are sold in. This is really all about Brexit, and while I’m hopeful this will go well, I could be wrong. This article in Forbes details some of the possibilities, but since it doesn’t mention Tesla, I’ll also speculate that if the UK negotiates a lower tariff with the US than Germany, it’s possible that Tesla would supply them cars from the US because the tariff may more than counter the higher shipping costs.

Buy Local: Nationalism, patriotism, regionalism, whatever you call it — people like to buy products that are made closer to where they live. They like to help keep the people in their country or region employed. With no immediate plans to build a plant in the UK, this is slightly negative for Tesla. Although the passing of Brexit shows there is significant nationalism in UK politics, cars from around the world seem to be warmly received by the automotive media. Tesla in particular has received glowing reviews recently in the UK.

The UK isn’t just using the carrot to encourage people to go electric. It is also using the stick.

The creation of special driving zones is a big factor. Those going into London face a $15 daily charge. Today, you can avoid this charge by using a low-emission vehicle, but by October 2021, only electric vehicles will be eligible to avoid this very significant fee. Since that is just over 2 years away and most people keep their cars for more than 2 years, everyone must be thinking that now would be a great time to get an electric vehicle. If that wasn’t enough, there is also a $16 per day charge to enter the ultra-low-emissions zone in central London. This area is set to greatly expand in October 2021.

Between these 2 fees, people who drive into London daily will all be at least considering an electric car (assuming they don’t want to use public transit), because $31 per day would be big impact on the majority of upper-middle-class people who drive cars into the city.

On the other hand, according to Wikipedia, the UK doesn’t plan to ban the sale of new gas and diesel cars till 2040, while Norway plans to ban them by 2025. Without all of these big sticks, those in rural areas will probably be slower to convert than people in Norway.

Looking at this July 10th BMW press release, you can see that Tesla sales for June have already caused BMW sales to drop over 11% from last year. Meanwhile, there was only a 4.9% decline in the overall market. I have little doubt the 3 Series drop alone is much greater. Even more astonishing, this included only a week of Tesla Model 3 deliveries. In that same report, there was a 49% decrease in plug-in hybrid sales. It could be that as people see that the Tesla Model 3 just simply works exceptionally well, they wonder why they should bother with all the complexity of a plug-in hybrid.

Clearly, Tesla is having a big impact.

The real question (which I don’t have an answer for) is this: will Tesla come to replace BMW in the luxury market over the next few years with its simple lineup of a few cars outselling BMW’s more differentiated lineup (as is happening now in the US)? If you believe this will happen, Tesla will sell a similar number of cars in the UK as it sells today in the US!

Even though the car market is about an eighth the size (about 2 million per year vs. 16 million per year), people in the UK like luxury vehicles more than people in the US. With BMW sales in the UK for the first 6 months at about 120,000, doubling that and assuming Tesla could replace BMW’s share would give us yearly sales (after the Model Y is available) of 240,000.

That would be shocking, but the more shocking speculation is: If the UK’s combination of enhanced incentives, fuel costs, political considerations, and restrictions cause the country to truly go electric like Norway (clearly not as quickly), and Tesla could achieve a 25% market share not just of electric vehicle sales but all vehicle sales, that could end up being over 500,000 vehicles a year!

Tesla may need a second gigafactory in the UK just to satisfy the UK demand, especially if Brexit goes poorly. 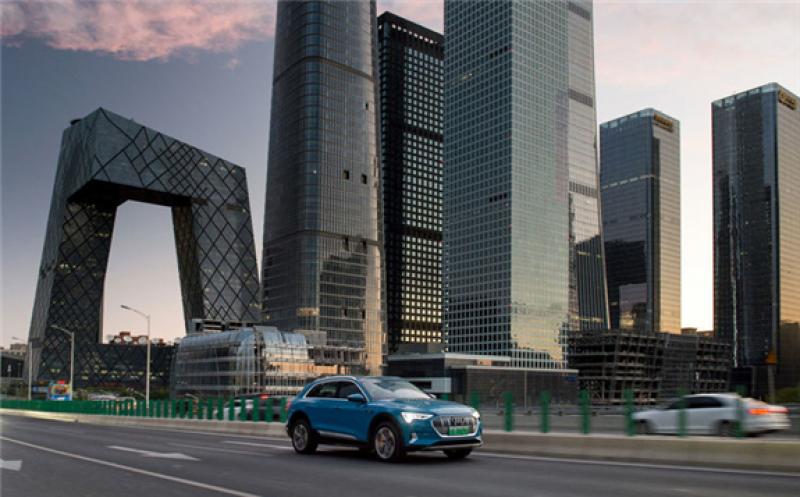