19 Dec 2019  by JULIAN WETTENGEL
Battery electric cars are more climate-friendly over their full lifecycle than both diesel/petrol cars and all other alternative drives, such as hydrogen fuel cell or natural gas cars, says a study conducted by the Institute for Energy and Environmental Research (ifeu) and commissioned by the think tank Agora Verkehrswende. 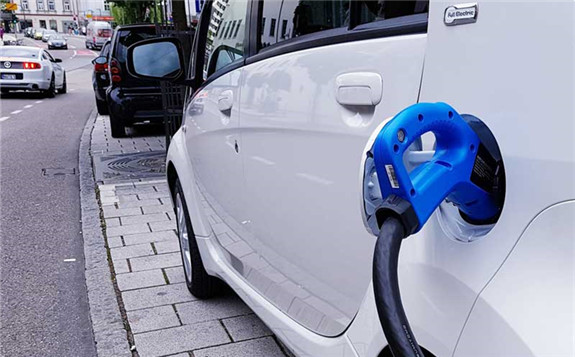 Including emissions from production and disposal, a compact-class vehicle with a fuel cell and hydrogen produced through electrolysis emits 75 percent more greenhouse gases than a battery electric passenger car over its entire lifecycle after driving 150,000 kilometres.

The study uses the current German power mix and assumes a rising renewables share in line with government goals.

Battery powered vehicles have a climate advantage of 16 percent after 150,000 kilometres compared to diesel cars driven on conventional fuel.

Agora Verkehrswende cautions that the study is a “snapshot of highly dynamic developments,” and lower emissions from battery production, for example, could quickly change the outcome.

A study by German economics professor Hans Werner Sinn claiming electric cars were worse than diesel was widely criticised for being misleading due to its assumptions, but continued to be cited in the debate about how climate friendly electric cars are throughout 2019.

Earlier studies have suggested that the total purchase, maintenance and operation costs of a battery electric vehicle will be significantly lower than those of a conventional car that emits the same amount of greenhouse gases by 2030.

Others have argued hydrogen fuel cell drives are more climate-friendly than battery electric drives due to emissions from battery production.

Germany’s influential carmakers have all announced ambitious plans to increase the share of e-cars in their product portfolio over the next years.

The German government had aimed to have a million electric vehicles on its roads by 2020, but has since said this target will likely only be reached by 2021 or 2022.