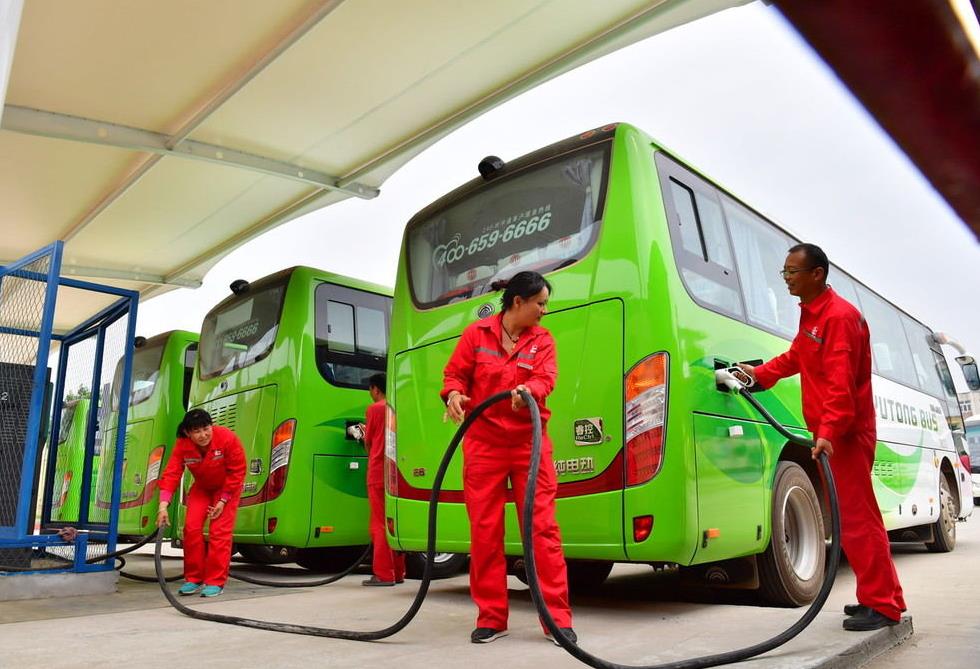 China upholds a development path that is green, low carbon and sustainable, and it hopes to work with the international community to accelerate innovation in new energy vehicle technologies as well as the development of related industries, President Xi Jinping said on Tuesday.

He made the remark in a congratulatory message sent to the 2019 World New Energy Vehicle Congress held on Tuesday in Boao, Hainan province.

Xi said the new energy vehicle industry's development is speeding up as a new round of scientific and technological revolution and industrial transformation is arising.

This has not only injected strong new momentum into the economic growth of different countries but also will help to reduce greenhouse gas emissions, tackle climate change and improve the global environment, Xi said.

China started its new energy vehicle initiative in 2009 and has since made remarkable progress in the segment comprising electric cars, plug-in hybrids and fuel cell vehicles.

The nation overtook the United States as the largest market for such vehicles in 2015, and China's new energy vehicle-maker BYD and battery-maker CATL have become the largest of their kind worldwide.

China now has around 3.5 million new energy vehicles on its roads, more than half of the world's total, and the figure is expected to reach 5 million by the end of 2020, according to the China Association of Automobile Manufacturers.

Xin Guobin, vice-minister of industry and information technology, said the ministry is working on a long-term development plan for the segment from 2021 to 2035. He also called for industry experts from China and abroad to contribute their ideas.

Chen Zhixin, president of China's largest carmaker, SAIC Motor, said sound and stable government policies are essential for the sector's long-term development and to consolidate China's advantages in the field.

"We want to expand our presence through local partnerships and increased research and development work in the country," Diess said.

BMW AG has set up its second-largest research and development network in China. It focuses on such aspects as new energy vehicles and autonomous driving.

China is also exploring developments in related industries to push the frontiers of the new energy vehicle segment.

One day ahead of the congress, the National Development and Reform Commission issued an action guideline on developing energy storage technology.

Lin Boqiang, head of the China Institute for Studies in Energy Policy at Xiamen University, said energy storage will be at the center of development related to renewable energy because it improves the stability of the power grid. That is especially important to reduce the cost of new energy vehicles while increasing their safety, Lin said.