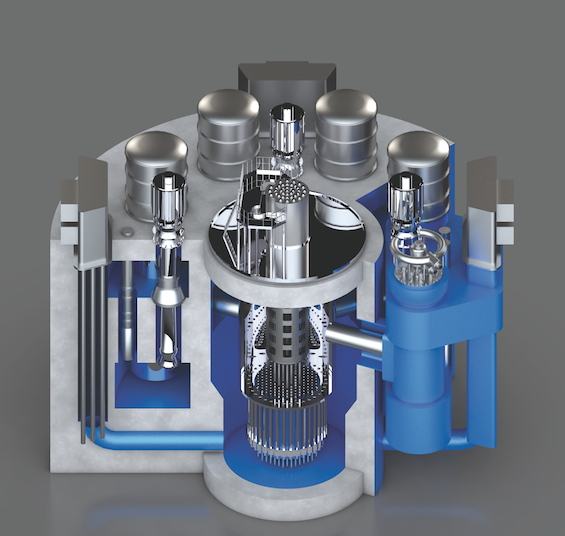 The Brest-OD-300 demonstration lead-cooled fast-neutron reactor unit, with an on-site nuclear fuel cycle, is part of an experimental demonstration power complex (ODEC) which comes under the Proryv (Breakthrough) project for the development of closed fuel cycle technology at SCC. The complex will include a fuel fabrication/refabrication module for the production of dense uranium-plutonium (nitride) fuel, and a fuel recycling unit. The start date for the construction of the Brest-OD-300 reactor has been postponed several times because of the need for additional testing of key reactor structural elements. RUB1.1 billion ($16.6m) was allocated for further R&D in 2017.

“The task for 2019 relates to the construction of the Brest reactor itself. The task for this year is to find a contractor and start work. We would very much like to start work in the summer. We understand that construction is scheduled to begin in 2019, and the facility should be commissioned in 2025-2026,” Nikipelova said. The construction of the fuel fabrication module is almost complete, and the installation of equipment has begun. It is planned to allocate about RUB3 billion for these purposes in 2019.

Pershukov said no further delay in the construction of the fuel fabrication module or the reactor is anticipated. The main technical issues have now been resolved, he insisted. The delay in the launch of the fuel recycling module is due to a temporary shortage of used nuclear fuel developed at Russian NPPs.