01 Jul 2022  by asian-power.com
Jordan has made progress in strengthening its nuclear security infrastructure, the International Atomic Energy Agency (IAEA) found in its recently concluded mission in the country. 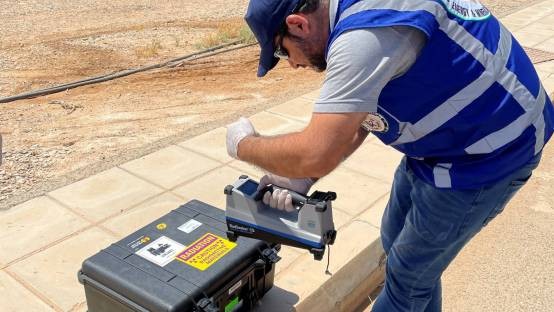 An IAEA team of experts aimed to identify measures to prevent, detect, and respond to criminal and other violations relating to nuclear and radioactive material out of regulatory control. The International Nuclear Security Service (INSServ) conducted the mission from 20 to 30 June.

“Having in place radiation detection infrastructure and being able to assess alarms and alerts about material that has been reported as being out of regulatory control, as well as of material that is lost, missing or stolen, is essential part of work in this area,” Elena Buglova, Director of the IAEA Division of Nuclear Security said.

The ten-day mission was conducted at the request of the government of Jordan. It covered a review of the country’s legislative and regulatory arrangements for nuclear security, as well as roles and responsibilities of the authority for nuclear security.

INSServ missions are mainly focused on nuclear and other radioactive material reported out of regulatory control, such as those caused by theft, improper disposal, or negligence.

“We are glad to receive recommendations from this independent evaluation by internationally recognized experts so that we can follow up and improve our nuclear security capabilities.” Jordan uses radioactive sources in medicine, industry, and research.