South Africa: Planning for Life After Coal While Exploring the Ideal Energy Mix

20 Jun 2022  by esi-africa.com
Unpacking the ideal energy mix for one of Africa’s leading economies, was a hot topic in several conversations at the recent Enlit Africa conference. 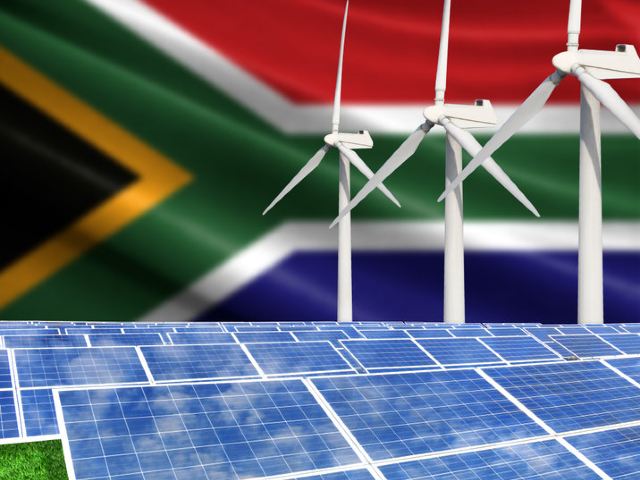 One particular panel discussion highlighted how Eskom is planning to shift away from coal while another discussed the potential role of gas as a transition fuel. Participants pointed out that 47% of South Africa’s coal power capacity is scheduled to shut down by 2030. The decommissioning of coal plants reaching their end of life cycle will leave a 22GW gap.

In order to ensure security of supply and system flexibility while exploring the decarbonisation of the power sector, the country is weighing up resources and technologies to make the energy transition a reality.

Mandy Rambharos, general manager: Just Energy Transition Office at state utility Eskom, emphasised that South Africa urgently needs to move away from coal and look to plug and play technologies that are available now, such as solar, wind, gas and pumped storage. “For the next five years, we need to rely on cost-effective technology that is currently commercially in operation.”

Besides shutting coal plants, Eskom is also planning to repower and repurpose 8GW of coal power plants with 100MW of solar PV, 70MW of wind, as well as storage and gas.

According to Rambharos, the challenge is that the entire coal-based business model is deeply engrained. “Technology is easy to change, there are financing challenges, but there are willing investors. It’s the mindsets and social impacts that carry the most weight. Coal has been central to building communities and now the emphasis needs to be on achieving a just transition, not merely a change to cleaner energy.”

Is gas or nuclear the way to go?

Gas will play an important role in South Africa’s energy mix in the future, according to Thabang Audat, chief director: Energy Planning – South African Department of Mineral Resources and Energy. “Three thousand megawatts of gas to power capacity is in the pipeline with the government planning to issue a request for proposals in October 2022.” Audat added that the Gas Master Plan will be finalised in March 2023, which will develop gas at scale and drive demand.

However, said Audat, a secure domestic supply of gas is critical to South Africa’s energy economy. For this reason, collaborative agreements with neighbouring states, such as Mozambique, must be in place to ensure sufficient gas for system flexibility.

The TotalEnergies gas project in Mozambique deliver the first supply to South Africa by 2027, a good example of how this collaboration could work.

In an earlier keynote session, Eskom Group CEO André Ruyter emphasised the importance of gas, to ensure system stability as the country shifts to cleaner energy solutions. “We need dispatchable power to make up for the variability we inevitably see from renewable energy. Renewable energy only works when the wind blows or the sun shines,” said De Ruyter.

Audat did not discount the role of nuclear energy in balancing South Africa’s grid. “The question is how quickly and at what cost can nuclear be delivered,” he said.

South Africa’s Koeberg nuclear power station, the only nuclear power plant on the continent, will continue to provide stable base load power, however, the plant is coming to the end of its life and a life extension programme is required to keep the 1900MW alive.

Panellists emphasised that, rather than nuclear, South Africa should look to renewables to drive down the cost of generation, allowing more people to participate in the energy economy.

Panellists noted the importance of regulatory frameworks that encourage integration between countries. However, it requires “true political will and proper execution and planning,” said Dlengezele.

Is there such a thing as a perfect energy mix for South Africa? According to Dlengezele, there is. “An energy mix with net zero as the central goal, designed to grow the economy and drive industrial growth and leverage existing skill sets. A mix that enables utilities to operate the system most effectively, allowing a place for all technologies while driving down emissions – that is the goal.”