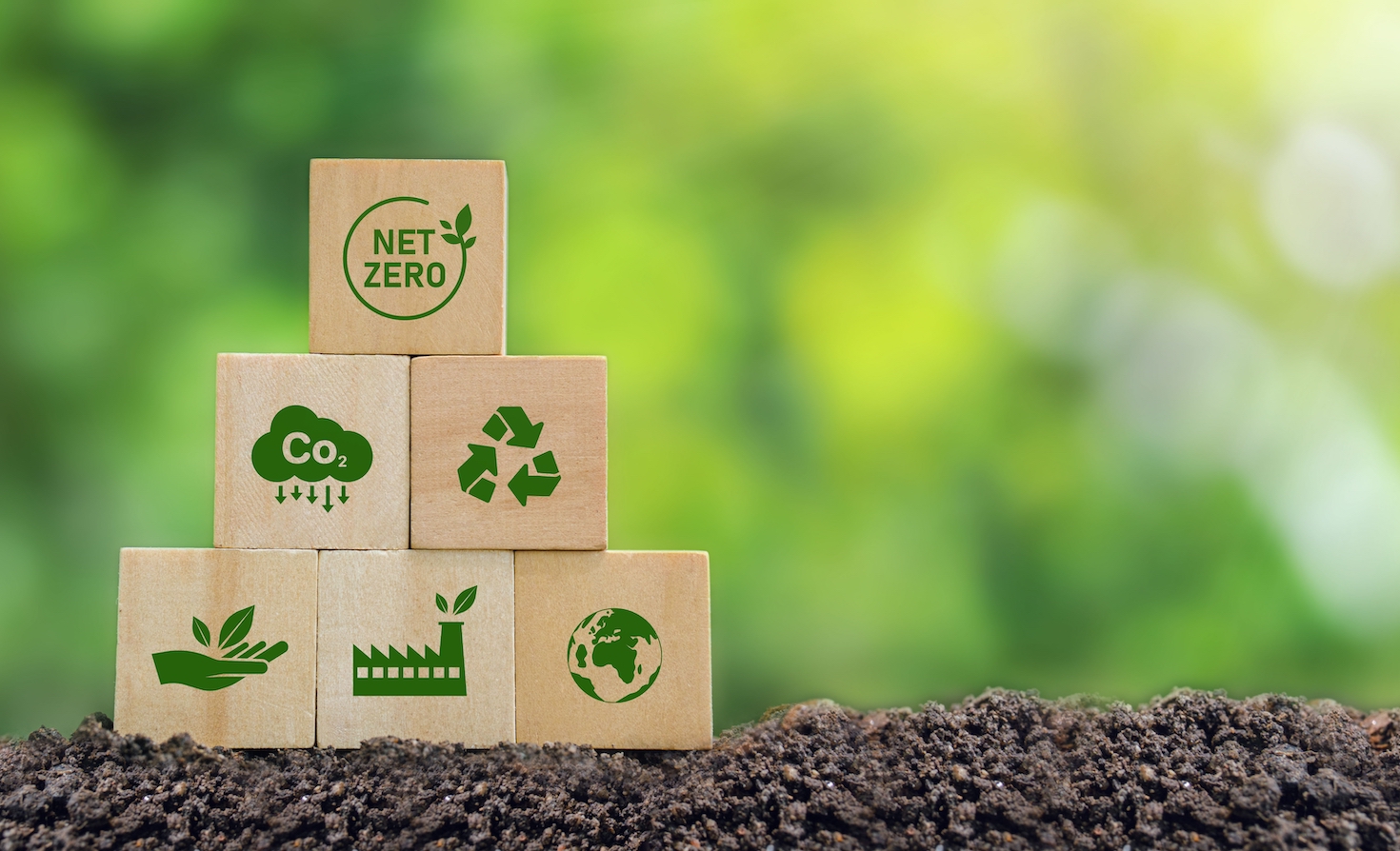 The Net Zero Tracker is produced by a consortium comprising the NewClimate Institute, ECIU, Oxford Net Zero and Data-Driven EnviroLab. Image via Shutterstock/D.ee.Angelo

More than a third of world's largest publicly traded companies now have net-zero targets, up from one-fifth in December 2020, according to a global stocktake of net-zero commitments from the Net Zero Tracker initiative.

And at a national level, 80 percent of the global population lives in a country with a national net zero target, while 91 percent of global GDP is covered by national government net-zero targets, up sharply from 68 percent in December 2020.

Richard Black, senior associate at the Energy & Climate Change Intelligence Unit (ECIU), one of the organizations behind the Net Zero Tracker initiative, said mounting geopolitical tensions are providing further impetus for governments to deliver on their decarbonization goals.

"Ambitious interim targets are vital to delivering net zero and limiting cumulative emissions," he said. "But even leaving aside the climate emergency, the severe disruption to global fossil fuel supplies due to the Russian invasion demands that countries rapidly cut their dependency."

Moreover, the research highlights how those organizations that do have net-zero goals in place are facing ever more demanding questions about the credibility of their targets and their plans to deliver on them. The analysis, which draws upon the Net Zero Tracker's database of over 4,000 business, cities and countries, highlights that 65 percent of corporate targets still do not yet meet minimum procedural reporting standards.

As such, the researchers described the the volume and robustness of targets set by non-state actors as "alarmingly weak" and predicted they were bound to face increasing scrutiny as United Nations, national and NGO-led accountability initiatives ramp up.

Takeshi Kuramochi, senior climate policy researcher at NewClimate Institute, which also works on the Net Zero Tracker, said the global net-zero movement had reached a critical point in its development.

"We are now at a watershed moment where peer pressure to hastily set net-zero pledges, especially in the business sector, could result in either a mass flow of greenwashing — or a fundamental shift towards decarbonization," he said. "Those companies, cities and states without a target will likely start to look like the odd ones out and those with targets must expect deeper scrutiny of their pledges."

About half of the 702 corporate targets outlined in the report are embedded in companies' corporate strategy documents or annual reports, while most other companies have with simply announced a net-zero target or an intention to set such a target. Sixty percent of companies assessed by the report only partially cover or do not cover their Scope 3 value chain emissions at all, while just 38 percent of companies claim to cover all Scope 3 emissions.

"Science-based net zero pathways are now the baseline expectation for countries, companies, cities and regions," said Thomas Hale, associate professor at the Blavatnik School of Government at the University of Oxford. "It's insane that two-thirds of the largest companies have yet to set a target for a transition that is well underway. But given a third now have — and that number has grown substantially — the increasingly glaring omissions raise the question of whether boards and management are doing their jobs."

The report noted how a significant percentage of fossil fuel, materials and transport companies had net-zero targets in place. But the analysts warned there was a risk that reputation-conscious companies with large emissions footprints are more likely to set net-zero targets that are symbolic in nature, without the detailed plans required to achieve them. "Or at worst, they are flat-out greenwashing," the Net Zero Tracker team noted.

Similarly, the report found that while the volume of city net zero targets has doubled — from 115 to 235 in the past year — just 40 percent of city net-zero targets are enshrined in domestic legislation or policy documents. Forty percent of city targets also lack interim targets — or published planning documents, seen as vital for the transparent evaluation of progress over the next eight years through to 2030.

"The growth of net-zero targets has provided a governance framework of unprecedented scale and scope — carving out an achievable path to global decarbonization," said Frederic Hans, climate policy analyst at NewClimate Institute and the report co-lead. "But our analysis clearly shows major flaws in current net zero target-setting practice across all entities."

The Net Zero Tracker is produced by a consortium comprising the NewClimate Institute, ECIU, Oxford Net Zero and Data-Driven EnviroLab.