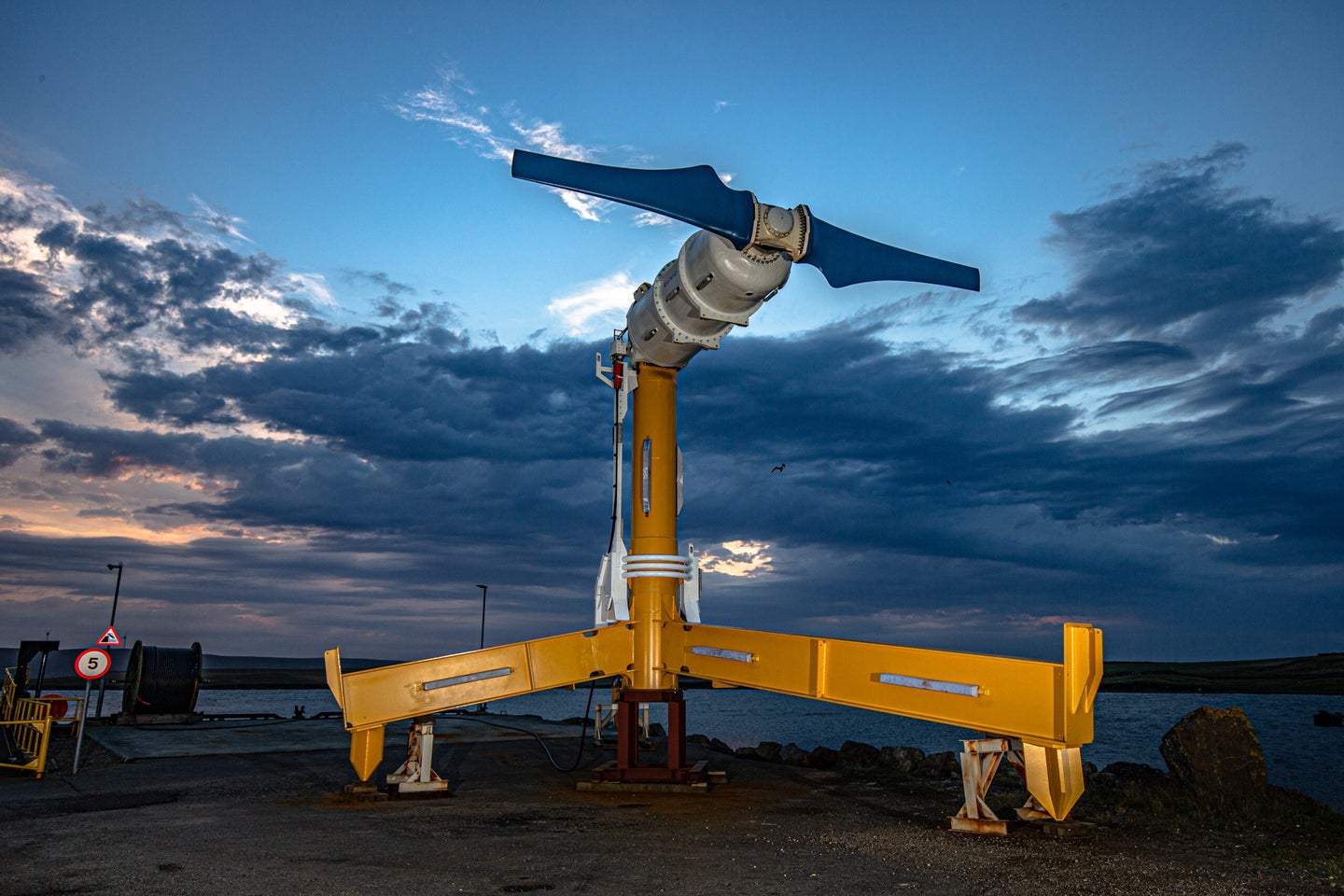 Demand for dependable clean energy is rising. And while the spotlight often lands on wind and solar, both of these renewables struggle with one thing: intermittency.

As the weather report would show, there are plenty of days when the sun doesn’t shine and the wind doesn’t blow—meaning power generated from solar panels and wind turbines could stall, given all the challenges with long-term energy storage from renewables. As a result, many countries have stuck with fossil fuels, which they know are reliable. After all, it doesn’t have to be a nice day to burn coal or pump natural gas.

But now several companies and groups are looking at a creative option: ocean turbines, which churn out electricity from tidal changes instead of breezes. The ocean doesn’t ever stop stirring, so harnessing that power could provide the baseload, or a steady stream of energy, that other renewables just can’t manage. Last month, Japanese engineers from IHI Corp tested a 330-ton tidal turbine prototype on the seafloor near the Kuroshio Current. This current alone could create 200 gigawatts of energy via underwater turbines, or a whopping 60 percent of Japan’s generating capacity, according to the country’s New Energy and Industrial Technology Development Organization.

This comes after another project last year where the UK successfully connected Orbital Marine Power’s roughly 700-ton tidal turbine to the energy grid in Orkney, Scotland. And in 2019, four Scotland-based tidal turbines produced the longest run of uninterrupted power from the new technology for around 4,000 homes.

Here’s what you need to know about this growing type of sea-borne energy.

The way these turbines are designed is actually quite simple—it’s almost exactly how you’d imagine a wind turbine operating.

“Whether the medium is water or air, it is the same engineering field and the same equations that are used to determine the geometry and effect of the turbine,” says Petter Karal, CEO of Seatower AS, which builds foundation for offshore wind facilities.

This gravitational pull of the moon on the planet causes something called “tidal force,” which makes the planet and its water bulge out on the sides closest and farthest from the moon. These bulges form “high tides” on different coastlines twice a day as the Earth and the moon pass through this location on their orbits twice. As these tides change, so do the currents. Currents are the left-to-right movements of the water, and are largely influenced and can be predicted by the tides (but can also be affected by factors like water temperature, salinity, and wind). Think of them as gales blowing underwater.

These fluxes below the water’s surface act as the power source for sea-based turbines. As currents stream through tidal turbines, they rotate and generate electricity. (The devices often look more like ship propellers than typical wind turbines, Karal notes.) The turbines can also operate at pretty much any depth: The most recent Japanese model is attached to the sea floor, but some models like Scotland’s Orbital Marine Power float and use robotic legs to capture energy from the topmost part of the ocean.

Benefits and obstacles of tidal energy

The moon isn’t going to stop spinning around the Earth anytime soon (and if it does, we have bigger problems to think about than turbines). This makes tidal energy a prime candidate for renewable energy, especially seeing that climate change hasn’t impacted currents enough to make tidal energy completely unpredictable. Not to mention, research as far back as 2004 has put the total estimated global energy potential of tidal power at about 3,000 gigawatts.

The impact on marine wildlife and ecosystems seems minimal, too. Research from the European Marine Energy Center in Scotland found that after around 10,000 hours of wildlife surveillance, sea creatures and local birds were not significantly affected by tidal turbines. Since water is much denser than air, the turbines don’t have to turn extra fast to make energy, which mitigates some concerns. Additionally, Orbital Maritime is undergoing a study to investigate the effects of the acoustics of its O2 tidal turbines on local marine environments.

But as idyllic as they sound, tidal turbines do come with a few complications. For one, they can’t be placed just anywhere in the water: The best locations are coastal regions with particularly strong currents, like around the British Isles, between the Channel Islands and France, and in the Straits of Messina near Italy and Sicily. Other hotspots include the island regions of Southeast Asia, channels between Greek islands, and the island-filled coasts of Canada.

Maintenance is yet another hurdle. After all, these giant structures (the Orbital Marine turbine, for instance, is about 240 feet long) need to be tough enough to survive in the roughest parts of the ocean and will require regular repairs. For turbines mounted at the bottom of the sea, that can be costly.

“An issue with that is it can cost thousands, if not hundreds of thousands, (of dollars and [require] days and weeks of time to service these turbines,” says Sarah Clark of Orbital Marine Power. “No matter what your technology is, it’s going to need servicing at one point or another, even if it’s just getting barnacles off the side of the blade.”

Additionally, as there’s no single proven way to build these power sources, it can be expensive to test them out and get buy-in from the energy industry. Not to mention the burdens of getting country-by-country permits to install giant turbines at the bottom of the ocean.

Still, it was not that long ago that other kinds of renewable energy faced some of the same issues. If tidal turbines can generate electricity 24/7 with close to zero emissions, it could be time to start making those leaps. 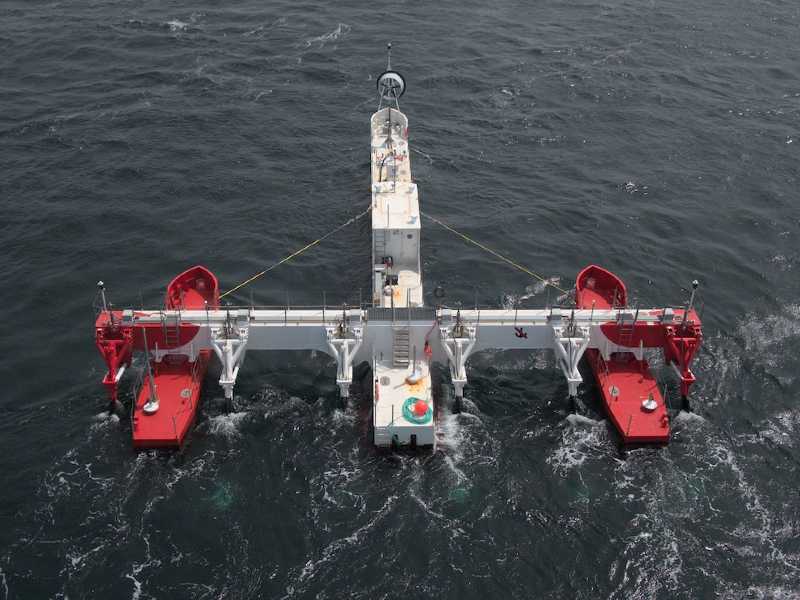 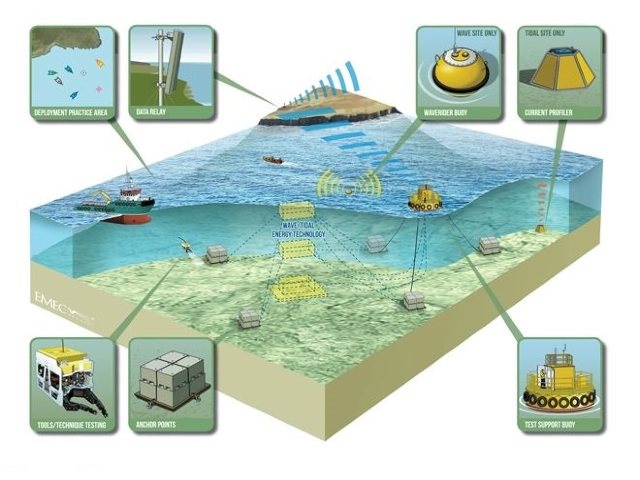 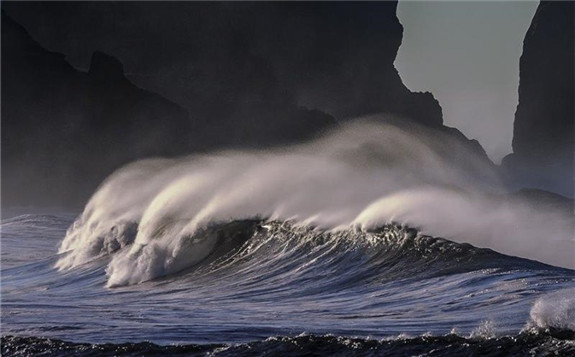 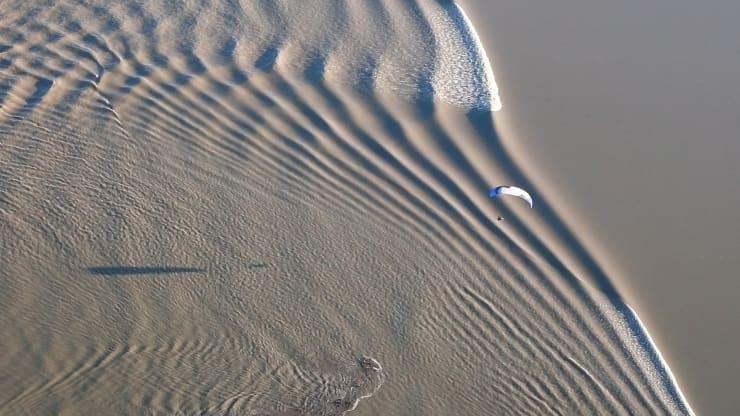