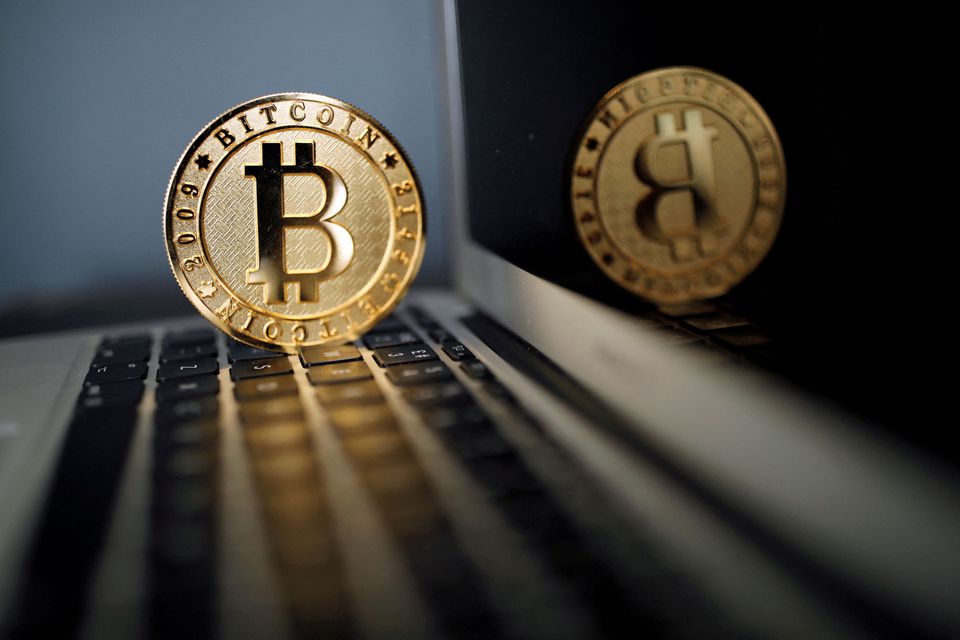 A bitcoin representation is seen in an illustration picture taken at La Maison du Bitcoin in Paris, France, June 23, 2017. REUTERS/Benoit Tessier
The New York State Legislature has passed a bill that would impose a two-year moratorium on the use of fossil-fuel power plants to provide energy to miners of cryptocurrencies like Bitcoin, but Governor Kathy Hochul's office on Monday said she had not yet decided whether to sign it.

Cryptocurrency mining requires a lot of electricity to power computer systems that compete to solve mathematical puzzles to validate blockchain transactions. The miner who solves the puzzle first is rewarded with cryptocurrency.

The State Assembly passed the bill in April and the Senate passed it late last week. The governor's office said on Monday she was still weighing whether to sign the bill.

"There is a balancing act involved here, very much a balancing act," the governor said in a statement on Monday. "We have to balance protection of the environment, but also protect the opportunity for jobs that go to areas that don't see a lot of activity, and making sure that the energy that's consumed by these entities, is managed properly."

The bill is part of the state's effort to reduce statewide greenhouse gas emissions by 85% by 2050.

Cryptocurrency mining operations "are an expanding industry in the State of New York" that "will greatly increase the amount of energy usage" in the state, according to the bill.

To prevent cryptocurrency mining from increasing greenhouse gas emissions, the bill would impose a moratorium on air permit issuance and renewal for an electric generating facility that utilizes a carbon-based fuel and provides energy used by crytocurrency mining operations.