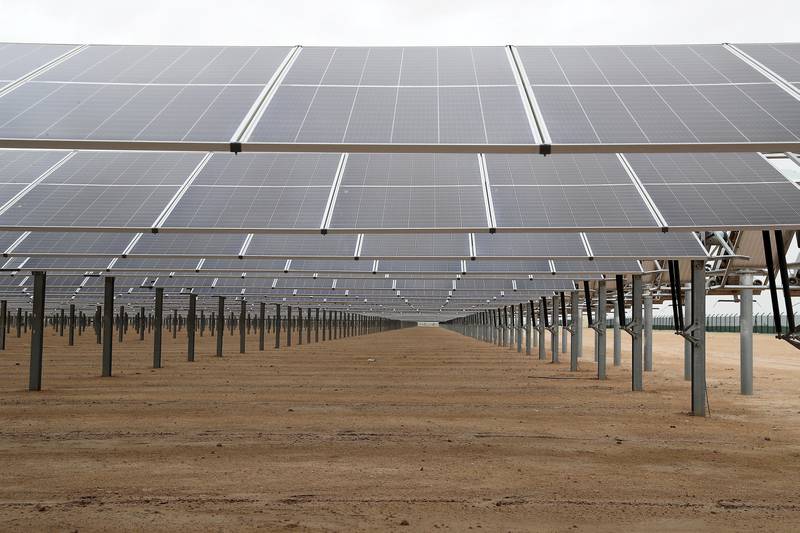 The UAE recorded the largest increase in renewable energy capacity worldwide over the past decade, a new index has revealed, reflecting the government's key focus on enacting initiatives to achieve its net-zero ambitions.

Capacity in the Emirates surged to 2,540 megawatts in 2020 from a modest 13MW in 2011, Australia-based aggregator Compare the Market said in its “Green Fuel Index” report.

“Countries are increasingly relying more on renewable sources, such as wind and solar, for their energy as they attempt to go green,” the report said.

“The UAE — where renewable capacity has grown by almost 20,000 per cent over the last decade — has traditionally relied on its plentiful supplies of oil but has recently made a big effort to shift away from fossil fuels.”

The UAE is expanding efforts to shift to greener technologies under its Net Zero 2050 Strategic Initiative, which calls for Dh600 billion ($163bn) to be invested in clean and renewable energy sources in the next three decades.

The plan was announced in the run-up to the Glasgow Cop26 summit in November. The UAE won the bid to host Cop28 in 2023.

The plan is a follow-up to the Energy Strategy 2050 programme introduced in 2017 — the first unified energy strategy in the country to be based on supply and demand — which aims to increase the contribution of clean energy in the total energy mix from 25 per cent to 50 per cent by 2050.

It also seeks to reduce the carbon footprint of power generation by 70 per cent, thus saving Dh700bn by 2050, as well as increase consumption efficiency of individuals and corporates by 40 per cent.

The strategy is aiming for an energy mix of 44 per cent clean energy, 38 per cent gas, 12 per cent clean coal and 6 per cent nuclear to meet the UAE’s economic requirements and environmental goals.

Aside from harnessing solar energy, the UAE made history with the opening of the Barakah Nuclear Energy Plant in April 2021, becoming the Arab world's first country to run a nuclear programme.

In its first year, Barakah's Unit 1 prevented the release of more than five million tonnes of carbon emissions, equivalent to more than one million cars driven for a year. 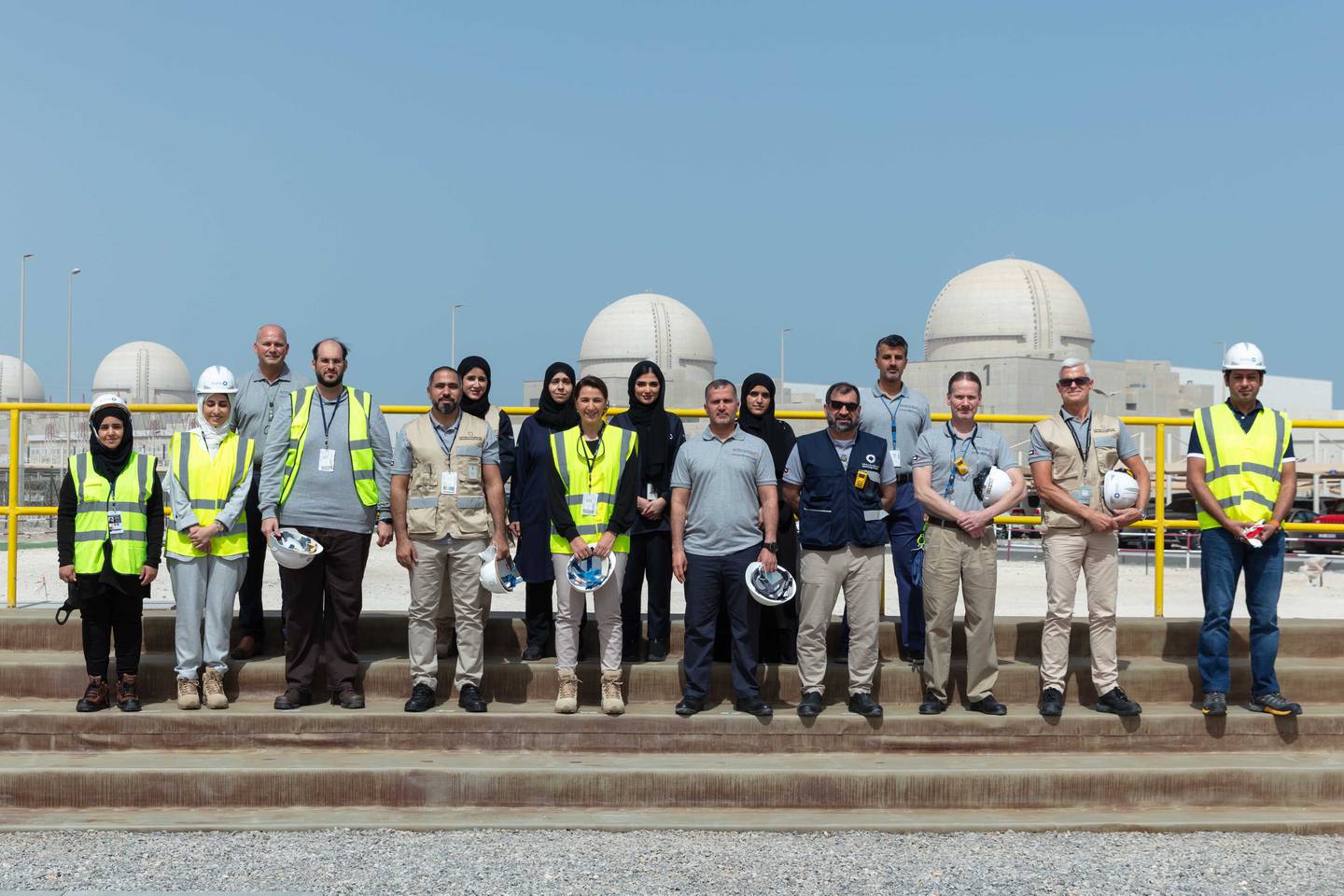 Mariam bint Mohammed Almheiri, Minister of Climate Change and the Environment, visited the Barakah Nuclear Energy Plant, where she witnessed the progress of the plant and its growing contribution to the decarbonisation of the UAE's power sector, supporting it to achieve its Net Zero by 2050 Strategic Initiative. Wam

The UAE's efforts are being spearheaded by Dr Sultan Al Jaber, Minister of Industry and Advanced Technology and the Emirates' special envoy for climate change, who has continuously championed the benefits of renewable energy and encouraged an inclusive approach that will serve as the foundation for the future economy.

Masdar, Abu Dhabi's clean energy company which Dr Al Jaber is chairman of, has advanced clean energy, sustainable real estate and green technology initiatives and projects in the Emirates and throughout the world. Masdar is active in more than 35 countries globally, and has invested over $20 billion in renewable energy projects with its partners.

“Like the UAE, Saudi Arabia is another country that has had a strong reliance on oil for its energy needs but has been pushing towards more renewable alternatives with an increase of over 13,000 per cent in the last 10 years,” the report said.

Barbados, Malta and Bahrain ranked in the top five countries that reported the largest increases in renewable energy capacity and are the only ones that recorded a capacity growth of at least 10-fold since 2011.

In terms of producing the highest amount of renewable energy capacity per person, Iceland ranked first globally, generating 7,830MW for every one million people. The majority of this comes from hydropower, with a significant amount also coming from geothermal, the report said.

Norway, Sweden, Canada and Austria rounded out the top five in the list dominated by European countries, with EU member states sourcing an average of 22 per cent of their energy from renewables — two percentage points ahead of the goal they set in 2009 — according to the World Economic Forum.

When ranked by renewable energy segments, Norway was the top producer of hydropower during the 10-year period, while South Korea topped the list in terms of marine power. Denmark produced the most wind power, Australia generated the most solar power and Iceland topped the rankings globally for geothermal energy.