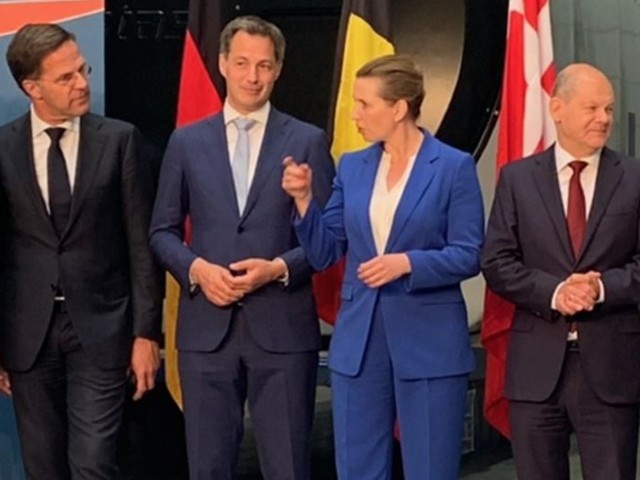 Four European countries have signed a declaration committing to develop 150GW of offshore wind in the North Sea by 2050.

The Esbjerg Declaration will see increased collaboration on joint offshore wind projects and the development of energy islands and offshore grid infrastructure.

The participants in the summit also intend to increase production of renewable hydrogen production in the North Sea, aiming to achieve 30GW of electrolyser capacity by 2030.

The summit took place as the European Commission announced the REPowerEU Action Plan, which emphasised the role of wind energy in increasing the EU’s energy security and weaning the region off Russian gas.

To strengthen Europe’s energy security, the REPowerEU plan proposes to grow wind energy from the current 190GW to at least 480GW in 2030. In order to reach these goals, permitting processes must be simplified and investments in offshore infrastructure will need to increase significantly.

Giles Dickson, WindEurope CEO, says: “It’s fantastic that the four EU North Sea Heads of Government and the European Commission President are coming together in Denmark to make new commitments on offshore wind…But the new commitments on wind will only be delivered if Europe has a viable wind energy supply chain and if it simplifies the permitting of wind farms. Good things are now happening on the latter. But the former needs major attention: Europe’s five turbine manufacturers are all operating at a loss today.”

Mads Nipper, Ørsted CEO, says: “Offshore wind will be a cornerstone in securing European energy independence and in fighting climate change, and the build-out should be accelerated dramatically in the coming years.

“We need to allocate sites in large chunks, quickly, rather than one by one. Tenders of offshore wind sites also need to ensure broader societal value-creation rather than focusing only on price.

“With an EU ambition of 300GW offshore wind in operation by 2050, the future challenges aren’t cost but rather to integrate large-scale variable energy into the power systems and to secure that the build-out happens in harmony with nature. Governments can activate industry know-how and innovation to solve these challenges by incorporating criteria for such broader value creation in tenders.”