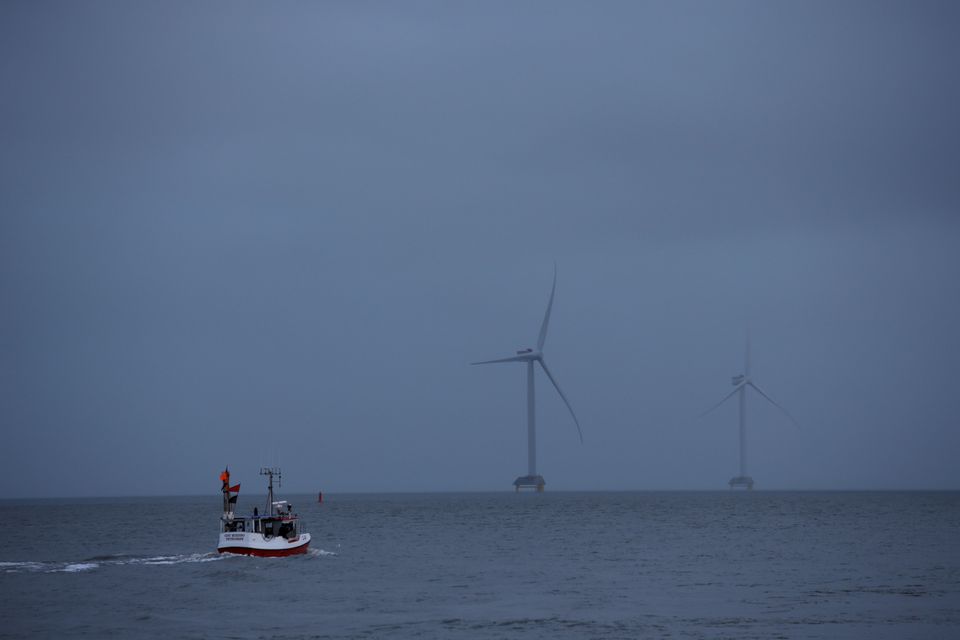 A fishing boat sails in front of wind turbines through the Thyboron Canal in Jutland, Denmark, March 14, 2019. REUTERS/Andrew Kelly

Germany, Belgium, the Netherlands and Denmark will on Wednesday announce a joint pledge to build at least 150 gigawatts (GW) of offshore wind in the North Sea by 2050, Danish Prime Minister Mette Frederiksen told Danish daily Jyllands-Posten.

This would be an almost tenfold increase in the European Union's offshore wind capacity and comes as the bloc tries to wean itself of planet-warming fossil fuels and its dependency on Russian energy.

"If we are to harvest all the wind that can be harvested in the North Sea, we will have to do it together," Frederiksen told Jyllands-Posten.

The declaration will be signed at an offshore wind summit in Denmark on Wednesday where the European Commission's President Ursula von der Leyen and German Chancellor Olaf Scholz will participate among others.

The EU Commission targets 300 GW of wind at sea by 2050 up from the roughly 16 GW installed today.