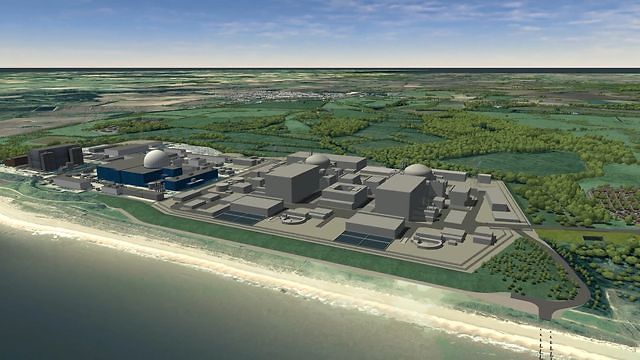 How Sizewell C with its twin reactors could look alongside plants A and B on Suffolk's coast - Credit: EDF Energy

Bosses at energy giant EDF say it would be possible to run the proposed Sizewell C nuclear power station permanently with a desalination plant if a water supply cannot be provided.

The public examination of the plans for the £20billion twin reactor was told a permanent water supply for the proposed development had not yet been secured.

However, a temporary desalination plant would run during the construction of the project.

Kwasi Kwarteng, secretary of state at the Department of Business, Energy and Industrial Strategy, has asked EDF what progress has been made on securing a permanent water supply solution - and, if it fails, would the temporary desalination plant be able to become permanent.

EDF said it was still working with Northumbrian Water Ltd on a solution and is confident an answer will be found with more details about supply forecasts and work expected later in the year.

The company said: "It is because the long-term planning of water supply is the subject of separate statutory provisions and processes that the identification of the source of Sizewell’s long-term supply cannot be known at this stage.

"Indeed, the source may well change during the lifetime of the power station as the undertaker develops and manages its water resources in response to changing demand and other considerations."

Meanwhile, a number of options are being investigated including water transfer, local and larger-scale desalination, and reservoir infrastructure.

EDF has told Mr Kwarteng: "In the unlikely event that Northumbrian Water Limited (NWL) is unable to meet Sizewell C’s water supply demand, it would be possible for SZC Co to permanently meet the full water supply demand for the lifetime of the proposed development using a desalination plant.

"Whilst it may be feasible to extend the lifespan of the temporary desalination plant for a short period beyond the end of the construction phase, subject to detailed assessment, it has not been designed for permanent use and SZC Co would consider alternatives. 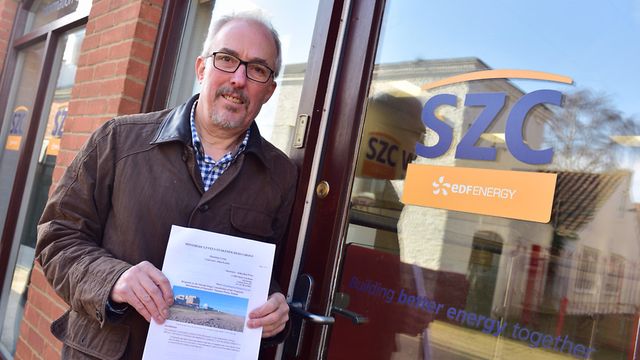 "The permanent design would be likely to include standby desalination capability within the plant to maintain security of supply during maintenance periods. In practice, a connection to the local distribution network may be available for this limited purpose, although this would need to be agreed with NWL."

Paul Collins, of Stop Sizewell C, said: "EDF insisted in the consultation and examination that the desalination plant would only be for the construction period.

"To suggest that the plant could remain for the 60 years of operation when the platform has no available space and no environmental impact assessment has been submitted to the Environment Agency, Marine Management Organisation or Office for Nuclear Regulation shows once again how ill-prepared this planning application is and why it should be rejected."