It’s a major step in the plant’s transition to become carbon-free. 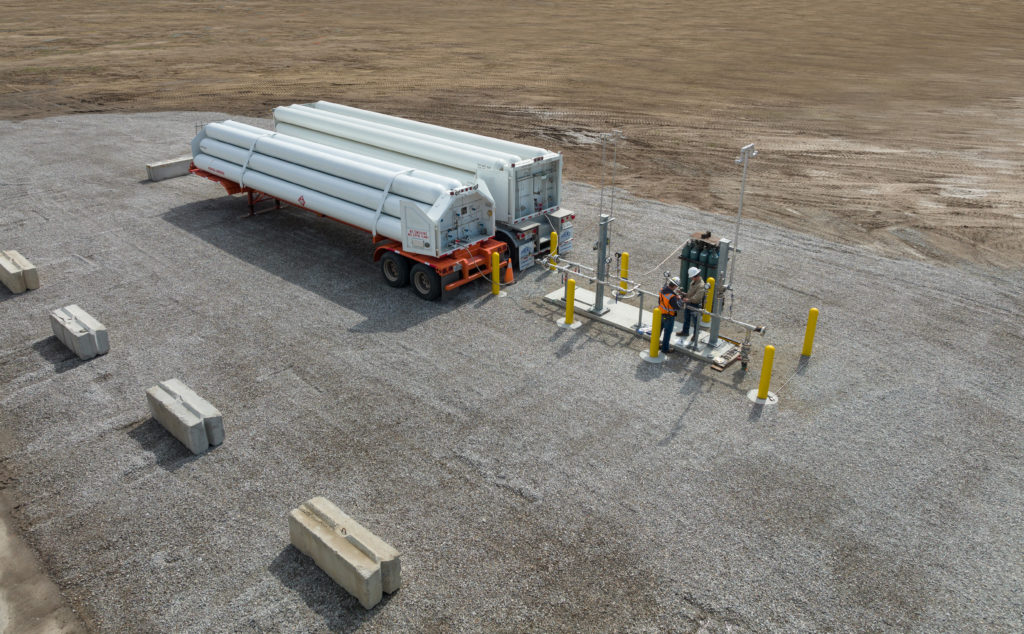 While the 485 MW combined-cycle plant began operating commercially in October 2021, the plant conducted a successful hydrogen-blending demonstration on March 30, 2022

GE officials noted this is the first time one of the company’s H-Class gas turbines is utilizing hydrogen in a commercially operating plant worldwide.

Long Ridge Energy Terminal is powered by a GE 7HA.02 gas turbine, which can burn between 15-20% hydrogen by volume in the gas stream initially and is expected to be able burn up to 100% hydrogen over time.

For the demonstration, a 5% of blend of hydrogen was injected to the combustion system of the gas turbine. GE said further upgrades will allow the plant to burn higher percentages of hydrogen, subject to fuel availability and economics.

Initial planning for the Long Ridge Energy Terminal dates back more than five years. The power plant was built on a former aluminum plant site, with rail and LNG loading facilities included in the planning. The plant was long planned as a pure CCGT facility.

The plant plans to produce hydrogen onsite and is considering the use of below-ground formations for large-scale hydrogen storage. To produce green hydrogen with electrolysis, Long Ridge has access to water from the Ohio River.

Long Ridge is owned by a subsidiary of Fortress Transportation and Infrastructure Investors LLC.

Major OEMs in the power generation industry like GE, Siemens and Mitsubishi Power have been focusing their efforts on hydrogen combustion in gas turbines, particularly for large-scale generation.

But experts note while hydrogen combustion offers a promising energy storage and conversion pathway, it is not a “drop-in” fuel for much of today’s natural gas fired energy conversion devices.

According to the DOE’s hydrogen plan, though significant progress has been made, additional research, development and demonstration is needed to address issues such as auto-ignition, flashback, thermo-acoustics, mixing requirements, aerothermal heat transfer, materials issues, turndown and combustion dynamics, NOx emissions, and other combustion-related issues.