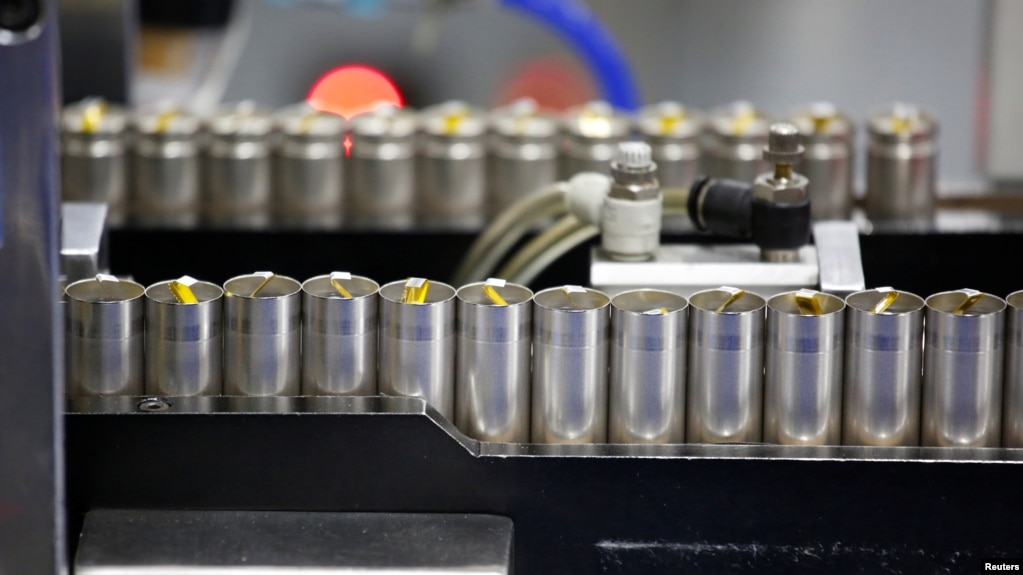 Because they power electronic devices we depend on every day, batteries have become an important part of our lives.

The main purpose of a battery is to provide and store electricity. Companies have long sought to develop smaller, more powerful batteries. They want to make devices that can hold an electrical charge for longer periods of time.

One of the biggest future needs for batteries is expected to be the electric vehicle, or EV, market. The change from cars powered by gasoline to electric vehicles is partly the result of government measures. Governments say they want to reduce levels of carbon dioxide and other heat-trapping emissions.

The most common kind of battery in use today is the lithium-ion battery. These devices power everything from smartphones to computers and EVs. Lithium-ion batteries are expected to remain the most widely used for EVs in the future.

The two main parts of a battery are the cathode and anode, the U.S. Department of Energy’s Argonne National Laboratory explains. The cathode acts as the battery’s positive side, while the anode is the negative side.

A chemical solution called an electrolyte permits the flow of electrical charge between the cathode and anode. Positively charged particles of lithium, known as ions, move through the electrolyte traveling from the anode to the cathode. This movement creates a continuous flow of electrons to provide electricity.

When a rechargeable lithium-ion battery is charged, the chemical reactions happen in the opposite way. This means the lithium ions travel from the cathode back to the anode.

One of the main materials used to produce lithium-ion batteries is lithium, a light metal substance. Other necessary materials include graphite, a form of carbon, as well as the metals cobalt, manganese and nickel. 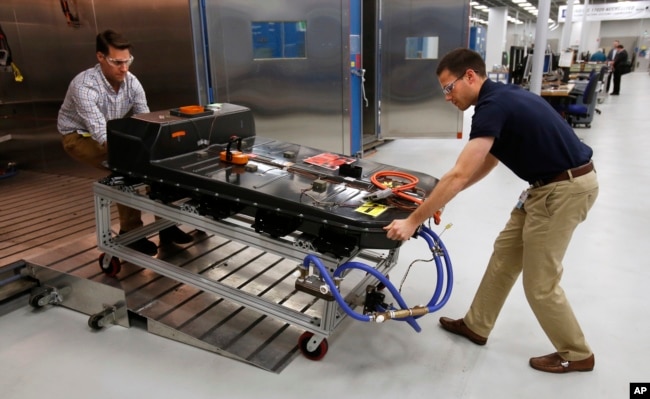 The cathode in a lithium-ion battery is generally made of cobalt, manganese and nickel. The anode is made of graphite. Both the cathode and anode can store lithium.

Nickel contained in the cathode creates high energy density. This permits EVs to travel farther on a single charge. Cobalt ensures that cathodes do not easily overheat or catch fire. It also helps to extend the life of EV batteries, which automakers usually guarantee for eight to 10 years.

These materials are currently widely used to produce lithium-ion batteries. But increasing demand has led to higher prices and supply problems for manufacturers. So, many companies are studying ways to change the mix of chemicals they use. 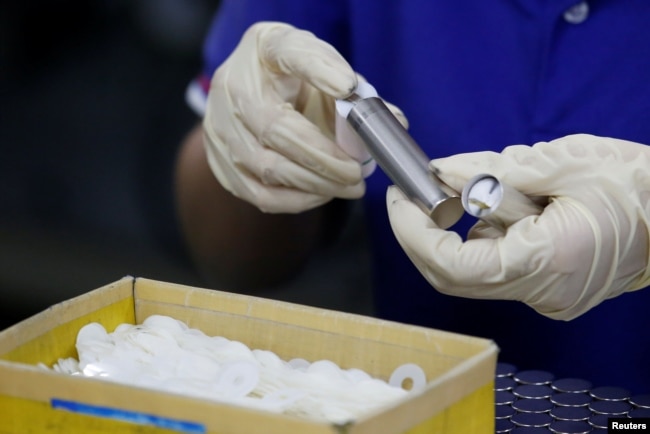 Researchers at the Argonne National Laboratory have been developing a method that increases the use of manganese and lithium, while reducing the amount of cobalt. This method reduces costs, and the element is more available. Experiments with manganese have shown it can also improve a battery’s energy density and safety, the researchers said.

“The demand for energy storage is too great for one technology to fulfill it…” researcher Jason Croy said in a press release. He is a physicist in Argonne’s Chemical Sciences and Engineering department. “Manganese is a good option for that,” Croy added.

Some automakers are looking to another kind of battery to power their cars – solid state batteries.

The main difference between lithium-ion and solid state is that solid state batteries do not contain a liquid electrolyte. Instead, thin layers of solid electrolytes carry lithium ions between the cathode and anode. 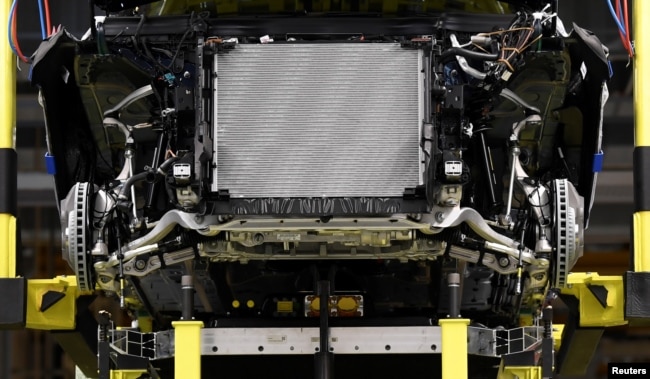 The development of solid-state batteries for EVs remains ongoing. Industry experts who spoke with Reuters news agency said mass production of these batteries is at least three to five years away.

Manufacturers investing in solid-state have said the technology provides batteries that are more energy dense. This means they can be made smaller or hold more power for longer trips. Solid-state batteries can also charge faster and are less likely to catch fire.

So far, automakers investing heavily in solid-state include Ford, BMW, Toyota, Volkswagen and Hyundai. They are currently attempting to improve the technology in hopes of creating an EV product that can one day effectively compete with lithium-ion.