Could Nano-Scale Filters for Isolating CO2, Hydrogen and Biogas Accelerate the Energy Transition? 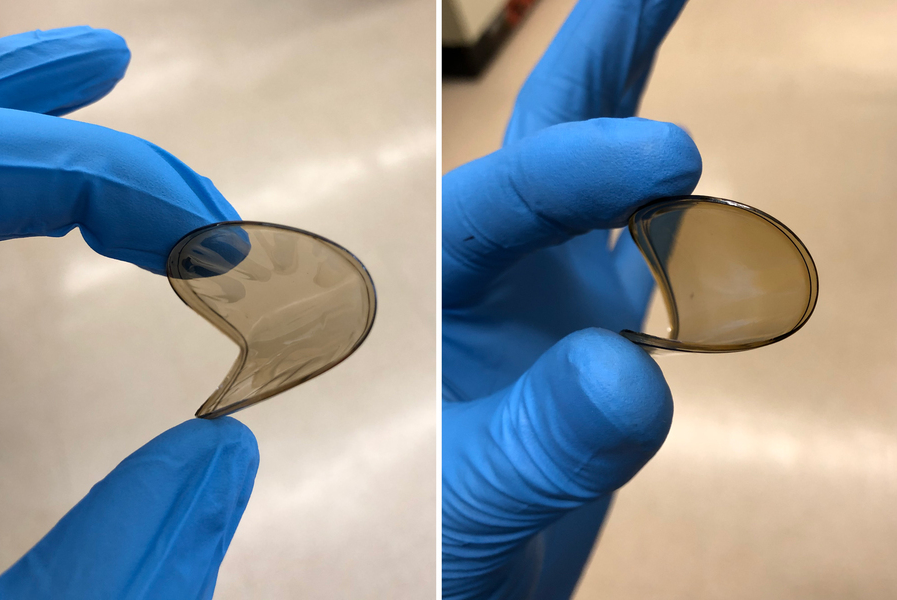 Nano-scale filters have been developed to separate out molecules like CO2 and hydrogen from gaseous streams. The research, led by MIT, could open a new door to raising the efficiency of carbon capture, isolating hydrogen for fuel use, and the purification of biogas fuel from waste. David Chandler at MIT explains how it would replace century-old methods of separating gaseous molecules that use energy-intensive and hard-to-electrify high temperatures for boiling and re-boiling solutions. By comparison, the new filters – “hydrocarbon ladder” polymers – are far better at separation while using a tenth of the energy. The sieve-like membranes can be tuned to filter different molecules by size, so applications go beyond energy and climate solutions and into a wide range of industrial, chemical and medical processes. The polymers are strong, ductile and soluble in certain solvents, so they should be scalable for industrial deployment within a few years, say the researchers.

Industrial processes for chemical separations, including natural gas purification and the production of oxygen and nitrogen for medical or industrial uses, are collectively responsible for about 15 percent of the world’s energy use. They also contribute a corresponding amount to the world’s greenhouse gas emissions. Now, researchers at MIT and Stanford University have developed a new kind of membrane for carrying out these separation processes with roughly 1/10 the energy use and emissions.

The trade-off between permeability and selectivity

Using membranes for separation of chemicals is known to be much more efficient than processes such as distillation or absorption, but there has always been a trade-off between permeability — how fast gases can penetrate through the material — and selectivity — the ability to let the desired molecules pass through while blocking all others. The new family of membrane materials, based on “hydrocarbon ladder” polymers, overcomes that trade-off, providing both high permeability and extremely good selectivity, the researchers say.

The findings are reported in the journal Science, in a paper by Yan Xia, an associate professor of chemistry at Stanford; Zachary Smith, an assistant professor of chemical engineering at MIT; Ingo Pinnau, a professor at King Abdullah University of Science and Technology, and five others.

Gas separation is an important and widespread industrial process whose uses include removing impurities and undesired compounds from natural gas or biogas, separating oxygen and nitrogen from air for medical and industrial purposes, separating carbon dioxide from other gases for carbon capture, and producing hydrogen for use as a carbon-free transportation fuel.

The new ladder polymer membranes show promise for drastically improving the performance of such separation processes. For example, separating carbon dioxide from methane, these new membranes have five times the selectivity and 100 times the permeability of existing cellulosic membranes for that purpose. Similarly, they are 100 times more permeable and three times as selective for separating hydrogen gas from methane.

The new type of polymers, developed over the last several years by the Xia lab, are referred to as ladder polymers because they are formed from double strands connected by rung-like bonds, and these linkages provide a high degree of rigidity and stability to the polymer material. These ladder polymers are synthesised via an efficient and selective chemistry the Xia lab developed called CANAL, an acronym for catalytic arene-norbornene annulation, which stitches readily available chemicals into ladder structures with hundreds or even thousands of rungs. The polymers are synthesised in a solution, where they form rigid and kinked ribbon-like strands that can easily be made into a thin sheet with sub-nanometer-scale pores by using industrially available polymer casting processes. The sizes of the resulting pores can be tuned through the choice of the specific hydrocarbon starting compounds. “This chemistry and choice of chemical building blocks allowed us to make very rigid ladder polymers with different configurations,” Xia says.

To apply the CANAL polymers as selective membranes, the collaboration made use of Xia’s expertise in polymers and Smith’s specialisation in membrane research. Holden Lai, a former Stanford doctoral student, carried out much of the development and exploration of how their structures impact gas permeation properties. “It took us eight years from developing the new chemistry to finding the right polymer structures that bestow the high separation performance,” Xia says.

The Xia lab spent the past several years varying the structures of CANAL polymers to understand how their structures affect their separation performance. Surprisingly, they found that adding additional kinks to their original CANAL polymers significantly improved the mechanical robustness of their membranes and boosted their selectivity for molecules of similar sizes, such as oxygen and nitrogen gases, without losing permeability of the more permeable gas. The selectivity actually improves as the material ages. The combination of high selectivity and high permeability makes these materials outperform all other polymer materials in many gas separations, the researchers say.

Today, 15 percent of global energy use goes into chemical separations, and these separation processes are “often based on century-old technologies,” Smith says. “They work well, but they have an enormous carbon footprint and consume massive amounts of energy. The key challenge today is trying to replace these non-sustainable processes.” Most of these processes require high temperatures for boiling and re-boiling solutions, and these often are the hardest processes to electrify, he adds.

For the separation of oxygen and nitrogen from air, the two molecules only differ in size by about 0.18 angstroms (ten-billionths of a meter), he says. To make a filter capable of separating them efficiently “is incredibly difficult to do without decreasing throughput.” But the new ladder polymers, when manufactured into membranes produce tiny pores that achieve high selectivity, he says. In some cases, 10 oxygen molecules permeate for every nitrogen, despite the razor-thin sieve needed to access this type of size selectivity. These new membrane materials have “the highest combination of permeability and selectivity of all known polymeric materials for many applications,” Smith says.

“Because CANAL polymers are strong and ductile, and because they are soluble in certain solvents, they could be scaled for industrial deployment within a few years,” he adds. An MIT spinoff company called Osmoses, led by authors of this study, recently won the MIT $100K entrepreneurship competition and has been partly funded by The Engine to commercialise the technology.

There are a variety of potential applications for these materials in the chemical processing industry, Smith says, including the separation of carbon dioxide from other gas mixtures as a form of emissions reduction. Another possibility is the purification of biogas fuel made from agricultural waste products in order to provide carbon-free transportation fuel. Hydrogen separation for producing a fuel or a chemical feedstock, could also be carried out efficiently, helping with the transition to a hydrogen-based economy.

The close-knit team of researchers is continuing to refine the process to facilitate the development from laboratory to industrial scale, and to better understand the details on how the macromolecular structures and packing result in the ultrahigh selectivity. Smith says he expects this platform technology to play a role in multiple decarbonisation pathways, starting with hydrogen separation and carbon capture, because there is such a pressing need for these technologies in order to transition to a carbon-free economy.

“These are impressive new structures that have outstanding gas separation performance,” says Ryan Lively, an associate professor of chemical and biomolecular engineering at Georgia Tech, who was not involved in this work. “Importantly, this performance is improved during membrane aging and when the membranes are challenged with concentrated gas mixtures. … If they can scale these materials and fabricate membrane modules, there is significant potential practical impact.”

The research team also included Jun Myun Ahn and Ashley Robinson at Stanford, Francesco Benedetti at MIT, now the chief executive officer at Osmoses, and Yingge Wang at King Abdullah University of Science and Technology in Saudi Arabia. The work was supported by the Stanford Natural Gas Initiative, the Sloan Research Fellowship, the U.S. Department of Energy Office of Basic Energy Sciences, and the National Science Foundation.