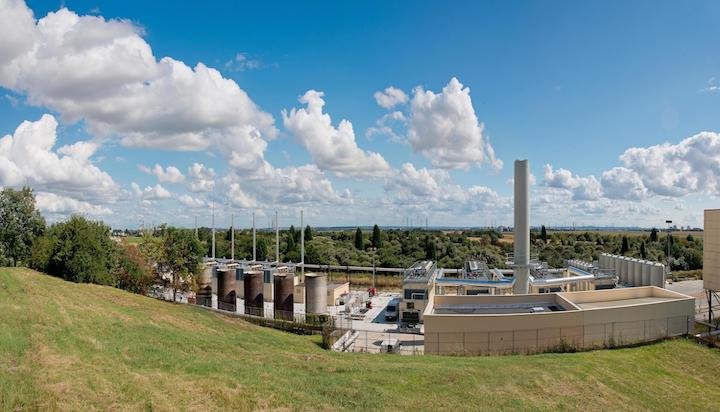 A biomethane production facility, claimed to be the largest of its kind in France, has been switched on.

Veolia and Waga Energy announced the commissioning of the production unit which used biogas from a non-hazardous waste storage facility.

Located on the largest biogas production site in France, Veolia’s industrial ecology hub in Claye-Souilly – which treats and recovers up to 1.5 million tons of municipal and industrial waste annually – will produce 120GWh of renewable gas a year.

That’s equivalent to the average annual consumption of 20,000 households or 480 buses running on BioNGV (Natural gas for Vehicles) and will avoid around 25,000 tons of carbon emissions annually.

With the commissioning of the new biomethane production unit, the site’s total annual energy production from all sources will increase to 238GWh – a 40% increase on current energy supply.

The fully automated and remotely controlled production unit, developed by Waga Energy, recovers and treats the biogas from landfill waste to transform it into biomethane, a 100% renewable gas.

It is one of four projects developed through a partnership between Veolia and Waga Energy in France.

Once commissioned, the four facilities will represent biomethane production capacity of up to 175GWh per year by 2024 and help avoid 35,000 metric tons of emissions annually.

Estelle Brachlianoff, Group Chief Operating Officer at Veolia said: “Veolia is a key player in the biogas production and the conversion of biogas into energy, the Group already produces 1.6 terrawatt hours of biogas from waste methanisation in France alone.

“We intend to contribute to the development of a full-fledged green gas production sector at the European level, which is essential for energy security and to fight against global warming.”