Shell Fires up Olympus Tie-Back in Gulf of Mexico

30 Mar 2022  by offshore-energy.biz
Oil major Shell has kicked off production from a deepwater tie-back to its Olympus production hub, unlocking further value in the U.S. Gulf of Mexico.

Shell reported the start of production at PowerNap, a subsea development with estimated peak production of 20,000 barrels of oil equivalent per day (boe/d), on Tuesday. 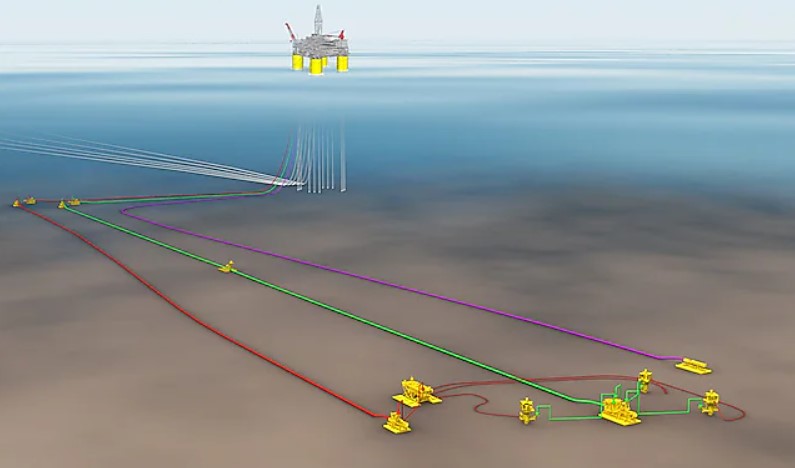 PowerNap subsea tieback; Source: Shell
Located in the U.S. Gulf of Mexico, PowerNap is a tie-back to the Shell-operated Olympus production hub – with three production wells produced through a single insulated 19-mile flowline and high-pressure gas lift capability – in the prolific Mars Corridor. Shell operates Olympus with a 71.5 per cent working interest, while BP holds the remaining 28.5 per cent.

Zoe Yujnovich, Shell Upstream Director, remarked: “Shell has been producing in the Mars Corridor for more than 25 years, and we continue to find ways to unlock even more value there. PowerNap strengthens a core Upstream position that is critical to achieving our Powering Progress strategy and ensuring we can supply the stable, secure energy resources the world needs today and in the future.”

The energy giant discovered PowerNap – located in the south-central Mississippi Canyon area approximately 240 kilometres from New Orleans in about 1,280 metres of water – in 2014 and since then it has been 100 per cent developed by Shell. The final investment decision (FID) for the project was taken in 2019. 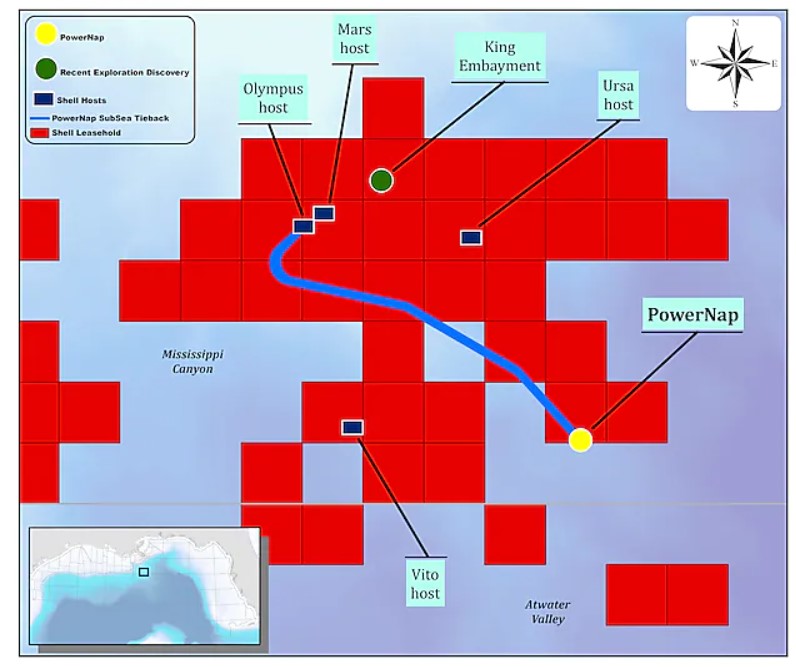 PowerNap; Courtesy of Shell
Shell stated that its production in the U.S. Gulf of Mexico is among the lowest greenhouse gas (GHG) intensity in the world for producing oil. Regarding its energy transition plans, the firm first announced its aim to become a net-zero emissions energy business by 2050 or sooner back in April 2020.

Less than a month after a Dutch court ordered Shell in May 2021 to deepen its carbon emissions cuts in a ruling described as the first of its kind, the company pledged to take some ‘bold but measured’ steps to accelerate the reduction of carbon emissions from its operations. However, the energy major set a new target in October 2021 to halve its Scope 1 and 2 emissions compared to 2016 levels by 2030.

When it comes to Shell’s most recent activities elsewhere, it is worth noting that the company is preparing for the removal of an FPSO and related subsea infrastructure from the Knarr field, which is located in the North Sea offshore Norway.
Furthermore, this oil and gas major also released an amended environmental statement (ES) earlier this month for its Jackdaw field development located in the UK North Sea, which the country’s regulators rejected last year.