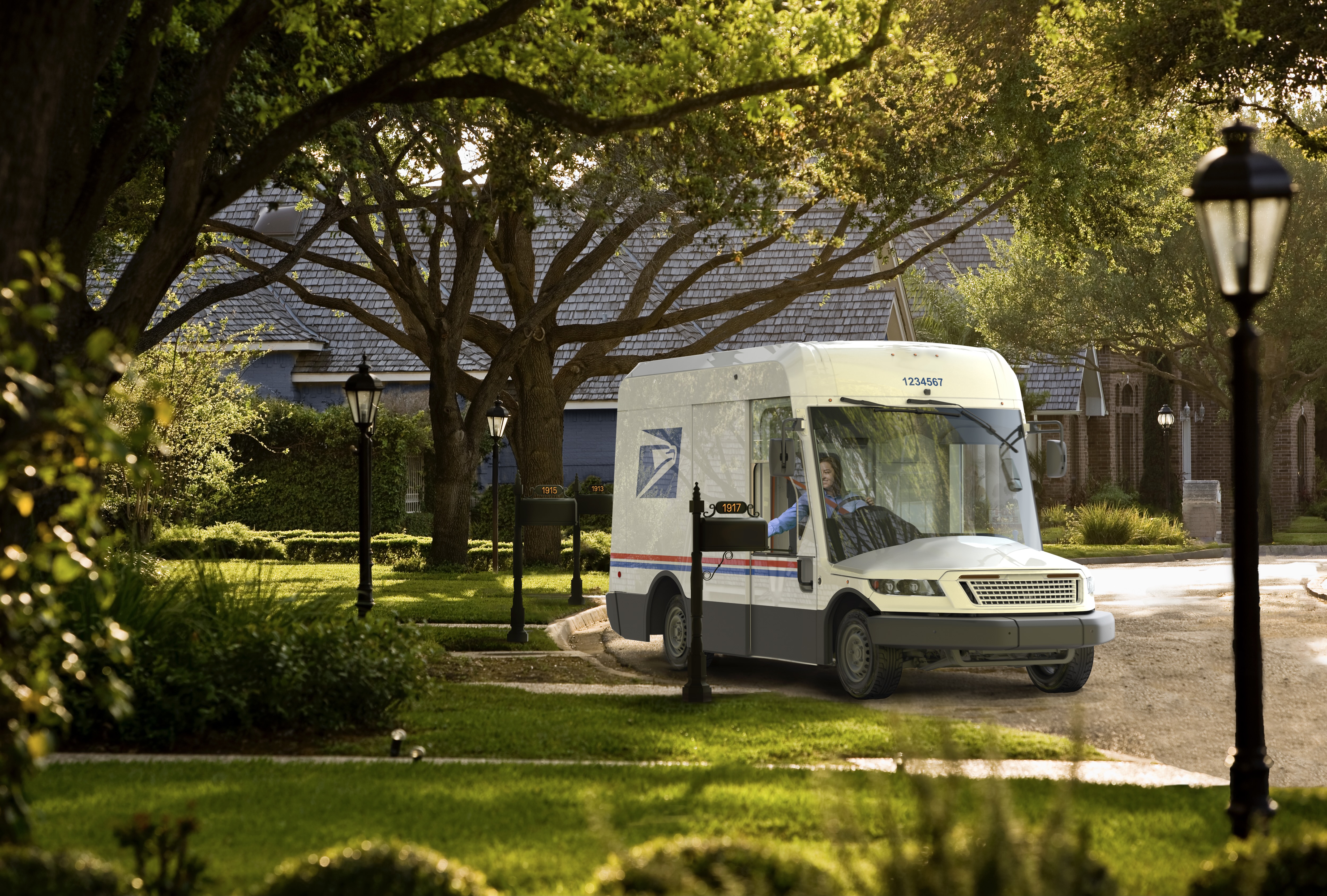 A rendering of the USPS next generation delivery vehicle (Courtesy: USPS)
The United States Postal Service has doubled its order of electric vehicles from 5,000 to 10,019 as part of its planned fleet upgrade.

USPS placed its first $2.98 billion order for 50,000 vehicles--a majority of which will be gasoline-powered--with Wisconsin-based Oshkosh Defense.

The contract with Oshkosh Defense is for up to 165,000 vehicles.

USPS CEO Louis DeJoy said in a statement that increasing the purchase order for electric vehicles "makes good sense from an operational and financial perspective" and that the agency is "fully committed" to the inclusion of electric vehicles in the next-generation fleet.

The vehicles are expected to hit delivery routes in late 2023.

An initial announcement in February that the USPS planned to buy 5,000 electric vehicles was seen by many as a snub to the White House and President Joe Biden, who wanted a majority of the new vehicles to be electric.

USPS warned at the time that electric vehicles could cost as much as $30,000 more per vehicle, a figure that was disputed by the Environmental Protection Agency and that is being investigated by the USPS Office of Inspector General.

The Inspector General determined that buying EVs would deliver cost savings to the agency after about 20 years. It also noted that nearly every USPS delivery route can be covered by an EV.

DeJoy said the postal service's existing next-generation fleet plan is based largely on its financial standing and the fact that little federal funding supports the postal service. The now-stalled Build Back Better Act would have provided $6 billion to electrify the USPS fleet.