Oil prices jumped back towards $120 a barrel as the EU considers an embargo on Russian crude imports days after installations in Saudi Arabia came under attack by Yemen's Houthi rebels, raising the risk of major disruptions.

"Geopolitical risks remain elevated and that has made this a one-way trade for oil prices," said Edward Moya, a senior market analyst at Oanda. "Oil will remain a volatile trade, but it seems energy traders are growing more confident that supply shortages are just around the corner."

EU leaders are considering imposing an oil embargo on Russia when they meet US President Joe Biden this week to discuss wider punitive measures in response to Moscow's military offensive in Ukraine. The US announced this month that it would ban crude, gas and coal imports from Russia, while the UK will phase out imports of Russian oil during the course of the year.

"There isn’t unanimity on the part of the EU so far on whether they will fully move to cut out Russian crude flows but the market may price in that as an eventuality," Shady Elborno, head of macro strategy at Emirates NBD, said in a note on Tuesday.

The Saudi-led military coalition on Sunday said Yemen's Iran-backed Houthi rebels had launched attacks on energy units, including an Aramco liquefied gas plant in the Red Sea port of Yanbu, an oil storage plant in Jeddah, an Aramco oil terminal in the southern border town of Jizan, as well as on the installations of Yanbu Aramco Sinopec Refining Company.

No casualties were reported in the attacks, but the kingdom’s Energy Ministry said there was a temporary drop in output at the Yanbu refinery, which produces 400,000 barrels of oil a day.

The kingdom said it will not bear any responsibility for shortages in crude supplies to global markets following the attacks on its energy infrastructure.

Saudi Arabia is Opec's largest oil producer and the world's biggest exporter of crude. Along with Russia, it leads the 23-member Opec+ oil producer alliance.

For several months, Opec+ has worked to bring back 5.8 million bpd in production cuts, with another 400,000 bpd due in April, to restore supply that was greatly reduced after the onset of the Covid-19 pandemic in 2020. The alliance of producers achieved a historic reduction of 9.7 million bpd between May 2020 and July last year. 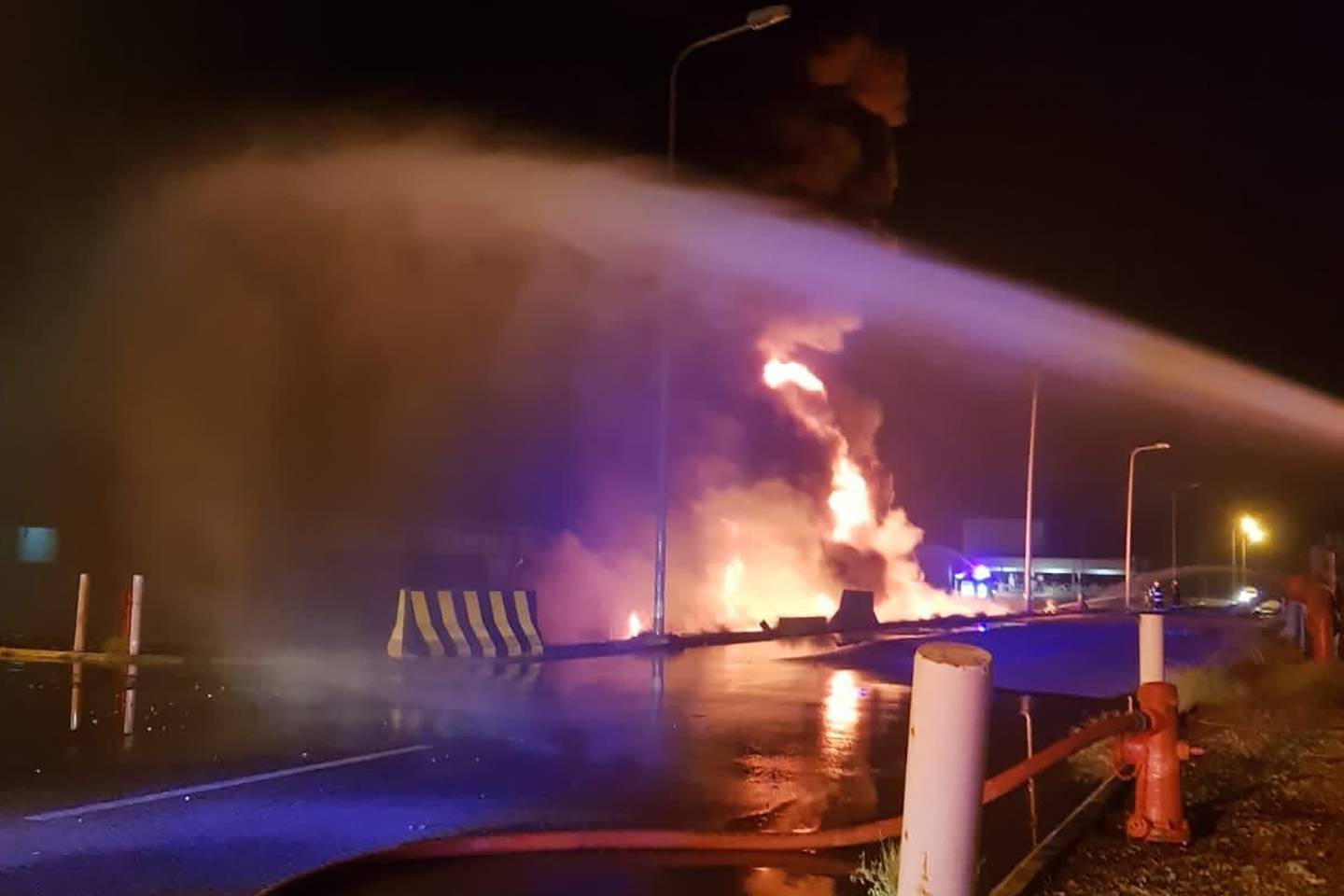 The Russia-Ukraine crisis has led to higher oil prices, which has exacerbated inflationary pressures on the global economy. The International Monetary Fund and other organisations have warned that the conflict will dent global growth this year, increase poverty and disrupt supply chains.

The outlook for global gross domestic product has "deteriorated significantly" prompting Fitch Ratings to reduce its forecast by 0.7 percentage points to 3.5 per cent in 2022, as a result of the drag from higher energy prices and faster than anticipated pace of US interest rate hikes. The IMF is expected to lower its global growth projections as the intensifying Russian war in Ukraine looks set to severely dent business and consumer confidence, forcing global trade to contract this year.

The fund has already lowered its global growth projection for 2022 to 4.4 per cent. The estimate in January was half a percentage point lower than its October 2021 projection on weaker economic momentum in the US and China amid rising inflation and higher energy prices.

The war could reduce global gross domestic product by as much as 1 per cent by 2023, or about $1 trillion, and add up to 3 per cent to global inflation in 2022 and about 2 percentage points in 2023, according to the UK’s National Institute for Economic and Social Research.

Oil prices hit a 14-year high this month touching nearly $140 a barrel, while transportation, commodities and food prices have surged.

"Inflation challenges and supply shocks could take a much heavier toll on world GDP growth if they prompt much more abrupt Fed tightening, push oil prices to $150 a barrel for a sustained period and were associated with widespread energy rationing in Europe," Fitch Ratings said.

On Monday, Federal Reserve Chair Jerome Powell said the US central bank could if needed, use bigger-than-usual interest rate hikes to contain inflation. Mr Powell said further tightening by the Fed could start by May with the central bank assuming a less accommodative monetary policy to reduce pressure in the labour market and help stabilise inflation.

“Global inflation is back with a vengeance after an absence of at least two decades. This is starting to feel like an inflation regime change moment,” said Brian Coulton, chief economist at Fitch Ratings.

US inflation, which reached a 40-year high of 7.9 per cent in February, is forecast to peak at 9 per cent and average 7 per cent for this year, according to the rating agency. Eurozone inflation will average 5 per cent in 2022 on the rise in EU gas prices.

The rating agency expects a total of seven rate hikes in 2022 by the US central bank.