Indian Purchase of Russian Oil not Violation of Sanctions: US 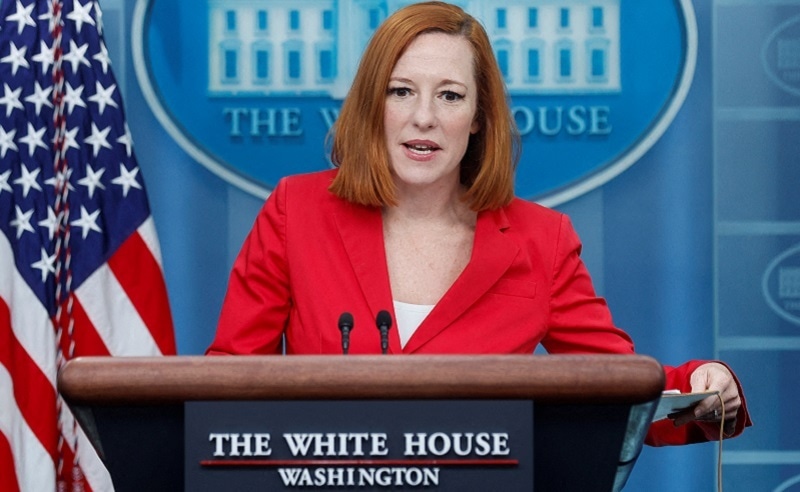 But when asked to comment on India’s reported purchase of discounted oil from Russia, she said: “I don’t believe this would be violating that.” She, however, advised India to think about where it wanted to stand on the Ukrainian issue.

“When the history books are written at this moment in time, support for Russia — the Russian leadership — is support for an invasion that obviously is having a devastating impact,” Ms Psaki added.

The Indian media reported on Wednesday that Indian Oil Corporation, the nation’s top oil firm, has bought three million barrels of crude oil that Russia had offered at a steep discount to prevailing international rates.

The Indian media also pointed out that “the purchase, made through a trader, is the first since the Russian invasion that brought international pressure for isolating the Russian President Vladimir Putin.

India is the world’s third-largest consumer and importer of oil and meets 80 per cent of its requirement through imports. But only two to three per cent of those purchases come from Russia.

While commenting on India’s reported purchase from Russia, US media outlets noted that New Delhi has not yet condemned Russia and has also abstained from voting on UN resolutions that condemned the invasion.

Since Feb 24, several US officials have urged India to distance itself from Russia, although they acknowledged New Delhi’s heavy reliance on Moscow as well. Russia continues to be the main supplier of weapons to India that include small arms and ammunition to missile and fighter jets.

Mr Novak said that Russia was keen to increase its oil and petroleum exports to India along with Indian investments in the Russian oil sector.

The Financial Times reported on Tuesday that Pakistan too “plans to finalise a Russian-built gas pipeline” despite international pressure to isolate Moscow economically.

The report noted that although Pakistan remains a US ally, it’s forced to search for alternative fuel sources to “ease a domestic energy crunch.”

The Financial Times noted that “Islamabad has drifted closer to Moscow in recent years, partly as authorities look for ways to shore up energy security and believe jeopardising ties with Russia would be too costly.”

While Pakistan “produces gas, in recent years it has also started importing from the Gulf as energy demands rise,” the report added.