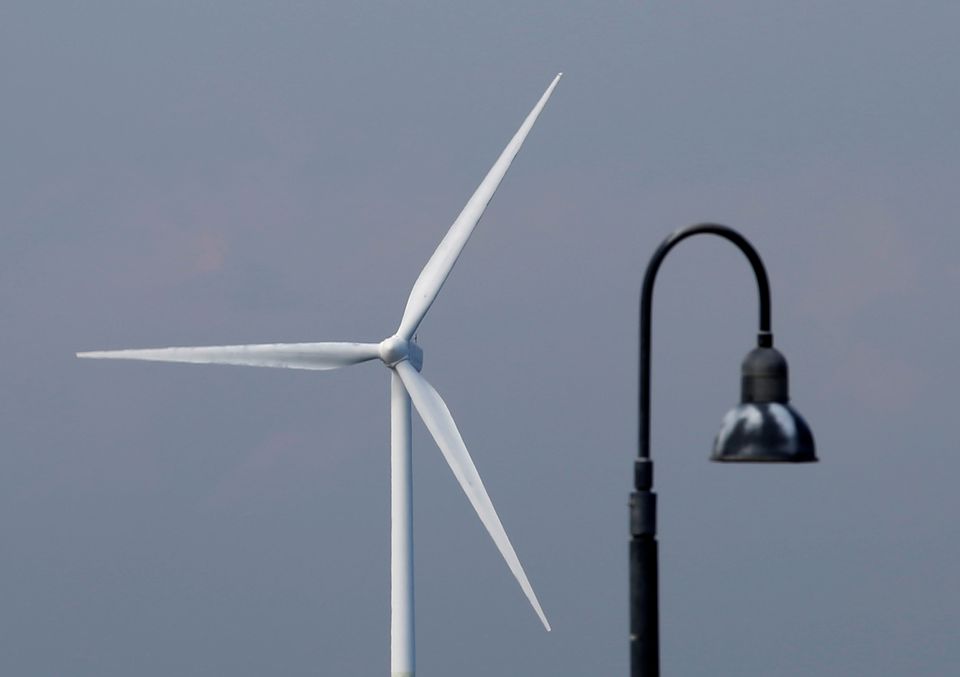 A wind turbine is seen behind a streetlamp in Yokohama, Japan August 9, 2017. REUTERS/Kim Kyung-Hoon

Officials in the resource-poor Japan are concerned Russia's invasion of Ukraine and the ensuing surge in oil prices could hit economic growth, although they say there has been no immediate major disruption to energy supply.

Industry minister Koichi Hagiuda told reporters the government will revamp the public tender process for picking wind farm operators, taking into account not only the prices bid but also how early systems can be installed.