Indian Govt to Take all Measures to Provide Relief to Consumers from High Fuel Prices: Puri

15 Mar 2022  by economictimes.indiatimes.com
Amid skyrocketing global oil prices, Union Minister Hardeep Singh Puri on Monday said the government will take all required measures in the coming months to ensure that consumers get relief from high fuel rates. 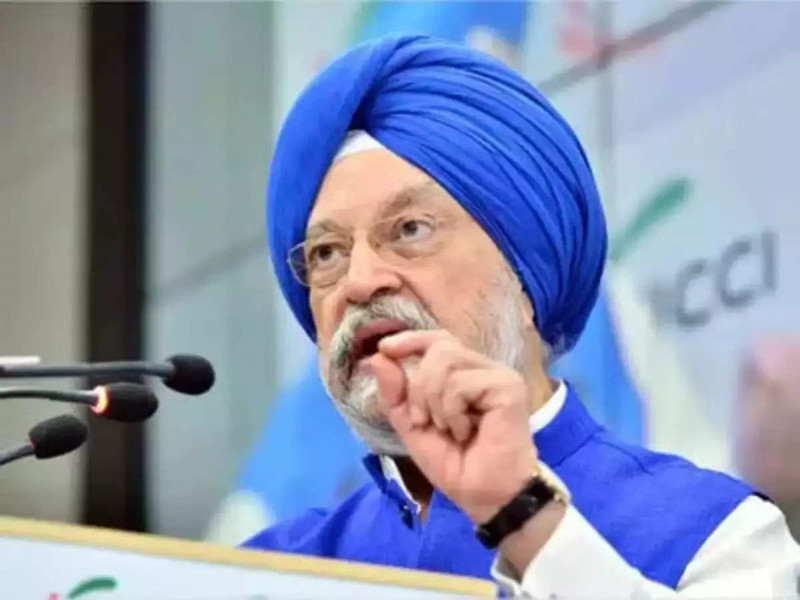 Replying during the Question Hour in the Rajya Sabha, the Minister of Petroleum and Natural Gas also shared that a proposal to bring petroleum products under the Goods and Services Tax was taken up by the GST Council but it "did not find favour".

India relies on overseas purchases to meet about 85 per cent of its oil requirement, making it one of the most vulnerable in Asia to higher oil prices.

Puri was responding to senior Congress leader Anand Sharma, who said it was agreed upon by the government and the opposition that petroleum products will be eventually brought under GST at the time of its introduction, and sought to know the progress been made in this regard.

"States which are acquiring high revenue from the sale of petrol and petroleum products and if I may also add liquor are normally reluctant to reduce their revenue from these two sources," said the petroleum minister.

However, Puri said "the government will in the coming months also take whatever measures we have to, to make sure that our consumer gets relief to the extent we can."

Observing that oil prices had shot up from USD 19.56 a barrel to USD 130 at one stage and are currently hovering around USD 109, the minister said it is emanating from a war-like situation, referring to the ongoing Russia-Ukraine conflict.

"But within that whatever space we have, vigour space, margin of persuasion, we should continue to exercise that in the interest of the Indian citizen and the consumer," Puri told the Upper House.

Referring to accusations that the Centre is controlling fuel prices, he said these are determined by various factors and decided upon by the oil marketing companies.

"After deregulation, the price (of petrol) is determined by the international price of crude, the prevailing insurance and freight rates, refining margins, dealer commission and the exchange rate. Therefore, there is no question of government control," he said.

"As far as elections are concerned, they keep happening in some state or the other. Marketing companies will take whatever decisions they need to," he said.

Referring to November last year, the minister informed that when the government felt high fuel prices were having an inflationary impact, it took steps like releasing some quantity from the strategic petroleum reserves in conjunction with other nations.

"We will take more measures but linking these two things (elections and petroleum prices) is not right," said the minister.

He further said the oil marketing companies will take a decision on petroleum prices and take the appropriate steps if they do not have margins or can no longer bear the burden.

Though the government has deregulated petrol and diesel prices, rate changes have been in the past put on hold by public sector oil companies -- Indian Oil Corp (IOC), Bharat Petroleum Corp Ltd (BPCL) and Hindustan Petroleum Corp Ltd (HPCL) -- for reasons that appear to be non-commercial.

Replying to questions on oil imports from Venezuela, Puri said the country was subjected to sanctions.

"It is our hope and expectation that the oil not only from Venezuela but from other countries under sanctions will become available," Puri said, and hoped that besides these nations, existing OPEC-plus countries will also increase their oil production.

"I am hopeful that we will all use our margin of persuasion to request the international community to make more oil available," he said.

Referring to Iran, which also faced sanctions on account of a nuclear deal, Puri said reports in the public domain suggest the issue was likely to be resolved, which would also bring more oil into the market.

"We will take all legitimate steps to try maintain the price of oil at a reasonable level," said the minister.

Prices of petrol and diesel have been market-determined with effect from June 26, 2010 and October 19, 2014, respectively, and are linked to the price of respective products in the international market. Since then, the public sector oil marketing companies (OMCs) take appropriate decisions on pricing of petrol and diesel.